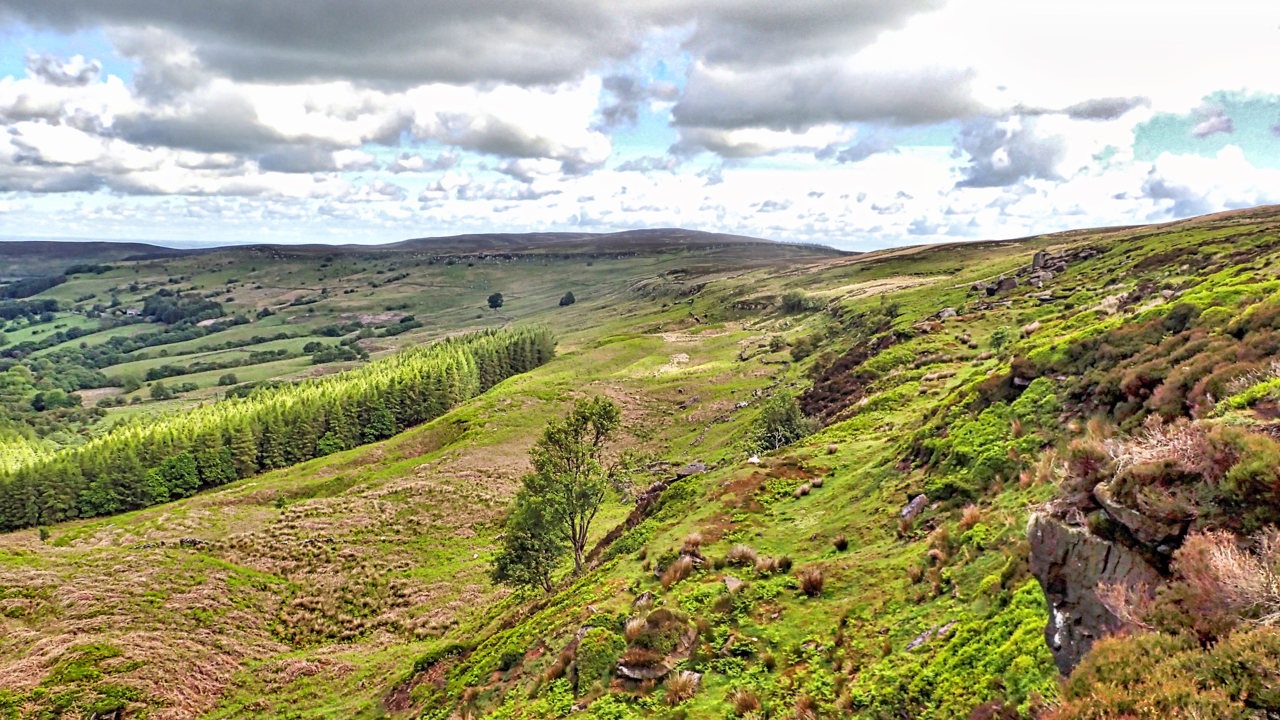 Exploring the head of Scugdale. A distinct line of crags and broken ground at around the 310m contour, the same height as the nick on Stoney Ridge above Holy Well Gill on the southern edge of Scugdale. A coincidence? Maybe not. Between 26,000 and 10,000 years ago during the last ice age, a great glacier flowing over Stainmore Pass from the North West merged with another glacier from the North over the Cheviots. The Cleveland Hills stood in the way, as nunataks, and blocking Scugdale, dammed by the ice. Water couldn’t escape the dale to the sea. Slowly over the millennia, a lake formed, the depth building up until it overflowed forming the nick of Stoney Ridge and Holy Well Gill. So my guess is that during that period, this would have been the shoreline, waves lapping away eroding the soft mudstones and exposing the stratum of harder sandstone. I may, of course, be completely off the mark.
 Open Space Web-Map builder Code