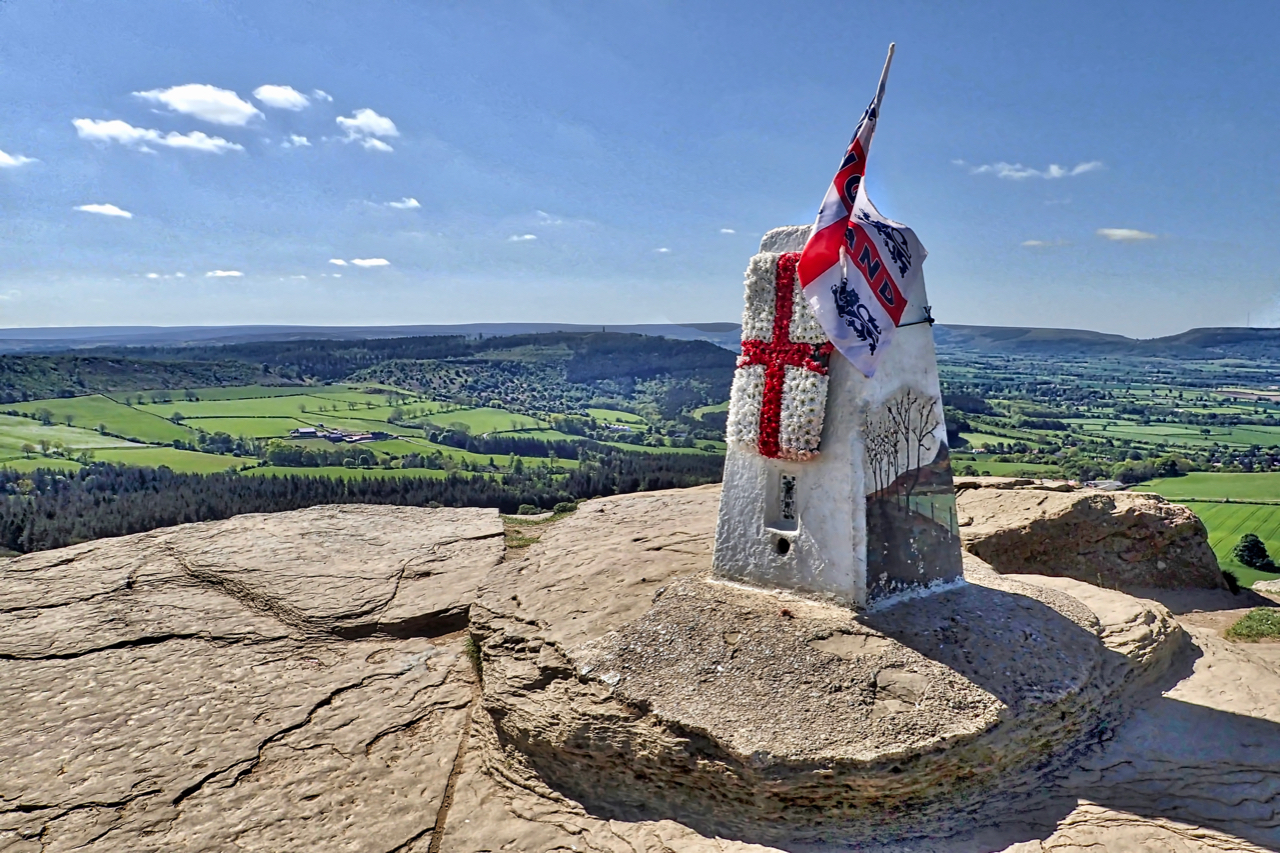 50 years ago today the Cleveland Way was officially opened to become the second National Trail in England and Wales after the Pennine Way. Starting from Helmsley the route covers a distance of 109 miles along the edge of the Cleveland Hills to Saltburn before heading south along the coast to Filey. So happy birthday, Cleveland Way.

Roseberry Topping is one of the many landmarks on the route. This morning the trig point on the summit was adorned by a wreath and English flag, It wasn’t there on Sunday so I assume it was placed on Wednesday, the anniversary of the killing of the British Army soldier, Fusilier Lee Rigby near the Royal Artillery Barracks in Woolwich in 2013.

Which leaves me in a quandary. As a volunteer for the National Trust, I try to keep Roseberry litter free. But what to do about vernacular memorials such as this? How long would it be respectful to leave? In a few days, the flowers (they are real) will start to wither, but the foam backing and flag will stay there forever unless someone removes it.
 Open Space Web-Map builder Code