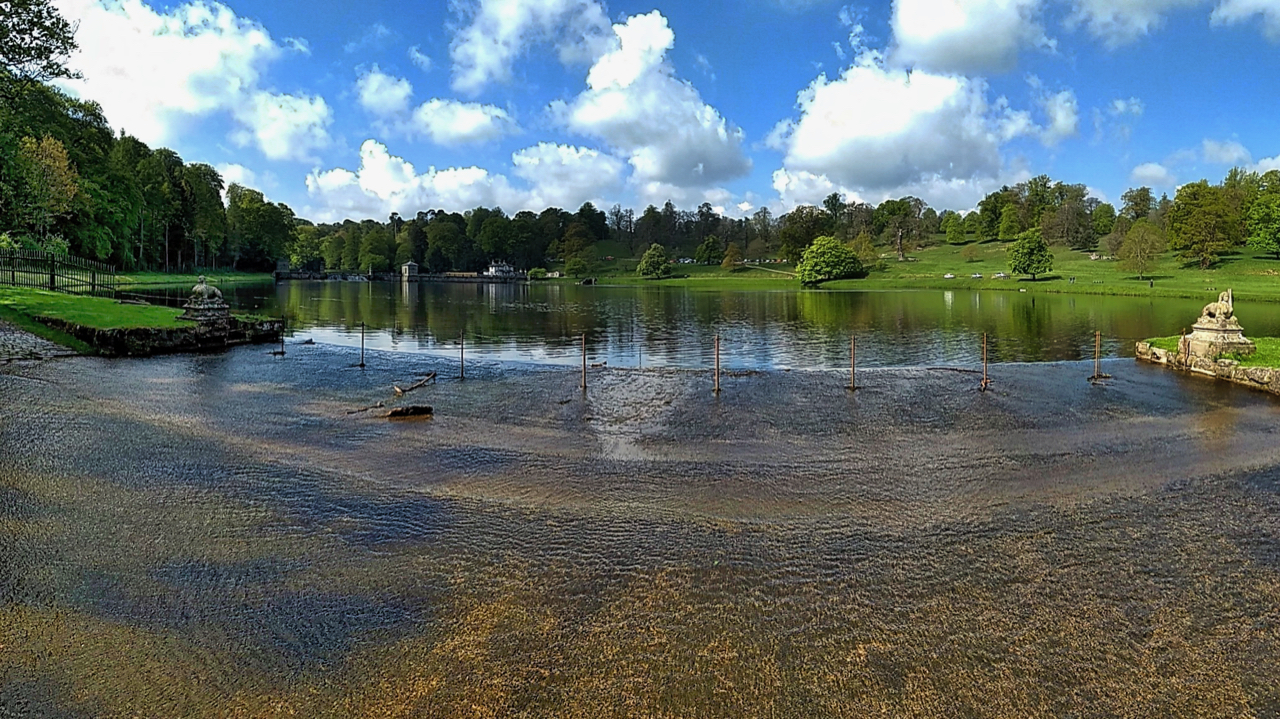 John Aislabie first began to create the landscaped gardens of Studley Park around 1716 but it was only after he retired from Parliament under dubious circumstances that he was able to devote fully to the task. During his time as Chancellor of the Exchequer, Aislabie guided the bill through the House of Commons whereby the South Sea Company would take over the national debt in exchange for government bonds. But when the South Sea Company collapsed in 1720 it was found that Aislabie had received £20,000 of company stock in exchange for his support for the scheme. He resigned as Chancellor and was found guilty of the “most notorious, dangerous and infamous corruption”. He was expelled from the House, removed from the Privy Council, and imprisoned in the Tower of London. Upon his release, he retired to Studley.

One of the landscaping features was the damming of the River Skell to create a series of lakes, the largest of which is called The Lake. Studley Park is a National Trust property and, along with Fountains Abbey is a designated World Heritage Site.
 Open Space Web-Map builder Code