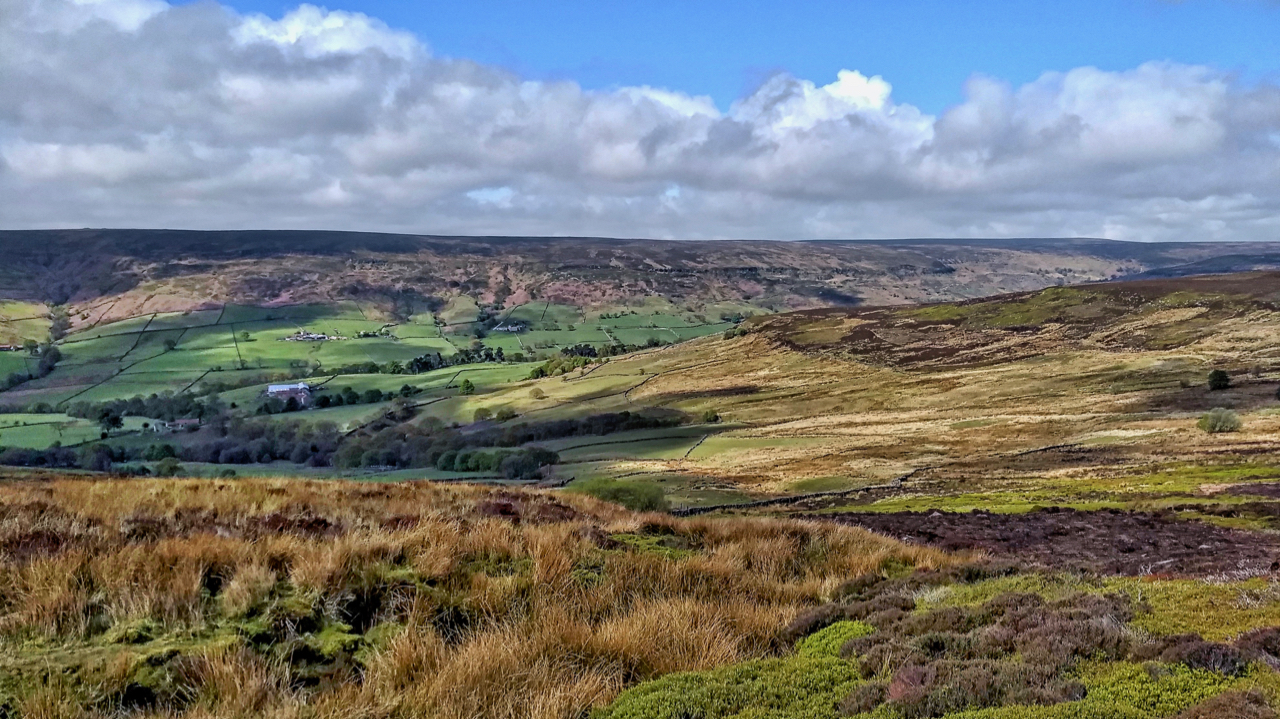 Perhaps the most peaceful of the North York Moors dales. That is after the short daffodil season is over and even then this high up the dale is rarely visited. It could all have been so different if the Kingston upon Hull Corporation had had its way. It brought 2,000 hectares of upper Farndale in 1932 and proposed to build a 6,000 million gallon reservoir, at a cost of £144 million in today’s money. All to satisfy the thirsty demands of Hull. It would be the ‘second largest reservoir in the country’. Understandably there was much furore, the war intervened but the scheme wasn’t finally abandoned until the 1970s when an All Party Select Committee tasked with vetting the parliamentary bill before it became an Act rejected it by the Chairman’s casting vote. Today, Hull manages to get its water from boreholes dug into the chalk aquifer deep below the city.

The dam would have been 1,900 feet (580 metres) in length and 130 feet (40 metres) high and cross the valley at Church Houses which is at 139 metres asl, therefore the water level would have been at about 180 metres. In the photo, the large farm on the far side of the dale is Wether Hill which is at 210 metres asl so would now be a desirable lakeside location.
 Open Space Web-Map builder Code

One Reply to “Upper Farndale”