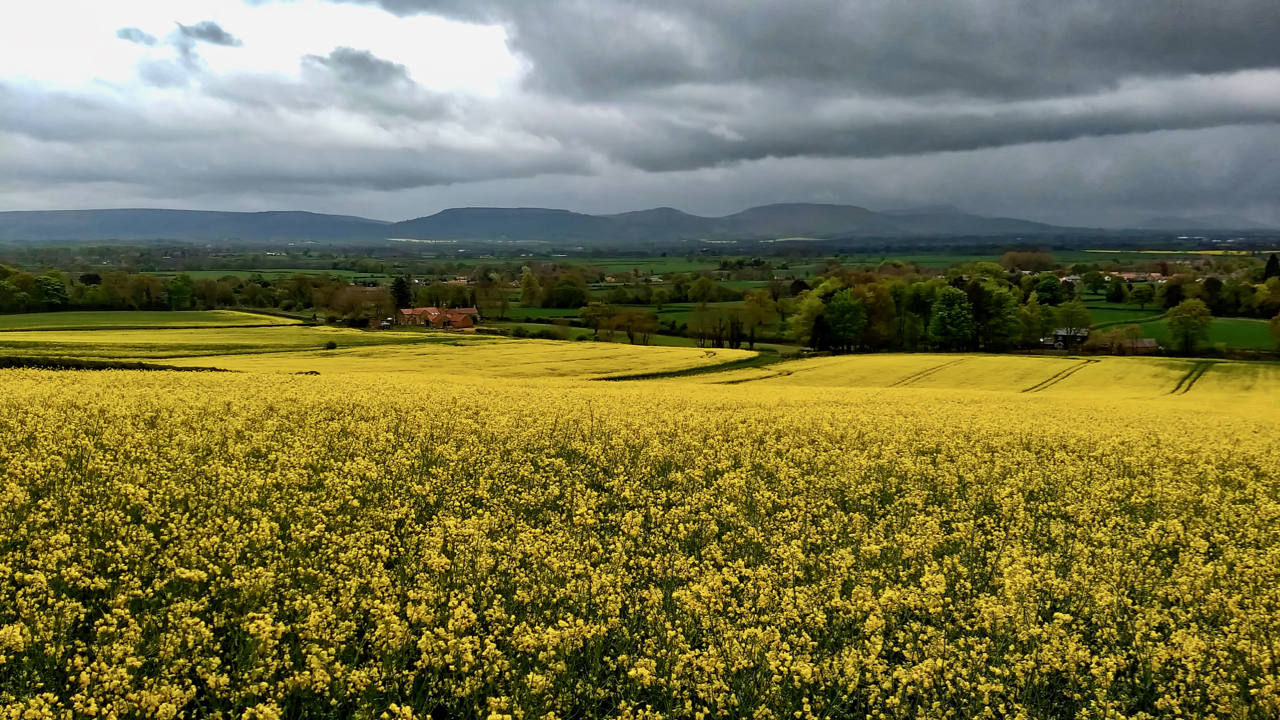 In the early 17th-century, agriculture in Great Ayton followed the ancient open-field system where the cultivated land of the parish was divided into many long narrow furlongs and sub-divided again into strips. This was all manorial land and those villagers who were tenants or serfs farmed several dozen of these unfenced strips scattered throughout the manor. The strips and furlongs formed large fields and it was communally agreed each year that one such field would be left fallow to allow the soil fertility to recover. Great Ayton was typical in having three open fields. Applebridge Field to the south-west, Crabtree Field to the north-west and Wood Field to the east below Cliff Rigg which would have included the Roseberry housing estate. Modern fields seem big but are not comparable to the ancient open-fields, enclosure hedges having been rooted out to allow easier cultivation by farming machinery. And the yellow rapeseed is a crop which would have been unheard of in the 17th-century.

In 1658 all this was to change with the enclosure of the open-fields and common land in Great Ayton. The Lord of the Manor, John Coulson and two major landowners, James Stockton and Sir John Lowther mutually agreed to enclose the land into smaller fields which could be then sold off or rented to individual farmers. The communal open-field system, while not being entirely without criticism, had provided a degree of security and certainty for the peasantry. Enclosure was land privatisation, profitable for some but depriving poorer villagers of their livelihoods and resulting in rural depopulation.
 Open Space Web-Map builder Code