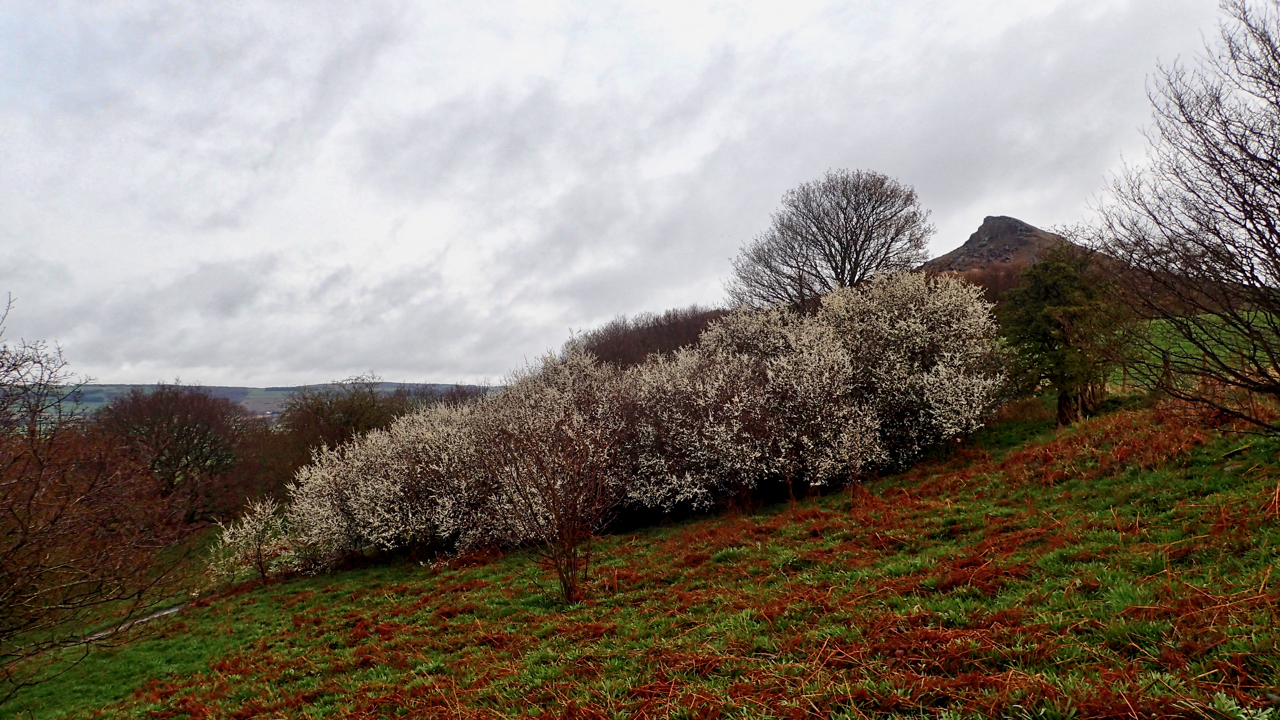 A bit of a wet morning, with wisps of cloud skirting the hills. In a few weeks time, this blackthorn thicket will have settled back into an unassuming backdrop to the wonderful display of bluebells in Newton Wood. A few early sprigs are already showing. But for now, the spiny blackthorn takes the stage with its early showing of white flowers which appear before its leaves. Hawthorn or “may” on the other hand, with similar small white flowers, blooms after its leaves, a month or so later than blackthorn. Hence the saying “ne’er cast a clout till may be out” which me mam used to say when I didn’t want to wear my woolly vest to school. I always thought ‘may’ referred to the month of May but no, it refers to the hawthorn shrub.

Blackthorn has traditionally been used in witchcraft. Harry Potter tried a wand made of the wood, which he had found when his own wand was broken but it didn’t suit him because he had not won it. It is also the traditional wood to make Irish shillelaghs, a staff used for fighting.

But without doubt, the best use of blackthorn is for making sloe gin using the berries of the tree. Pick the sloes after the first frost and leave to soak until Christmas.
 Open Space Web-Map builder Code