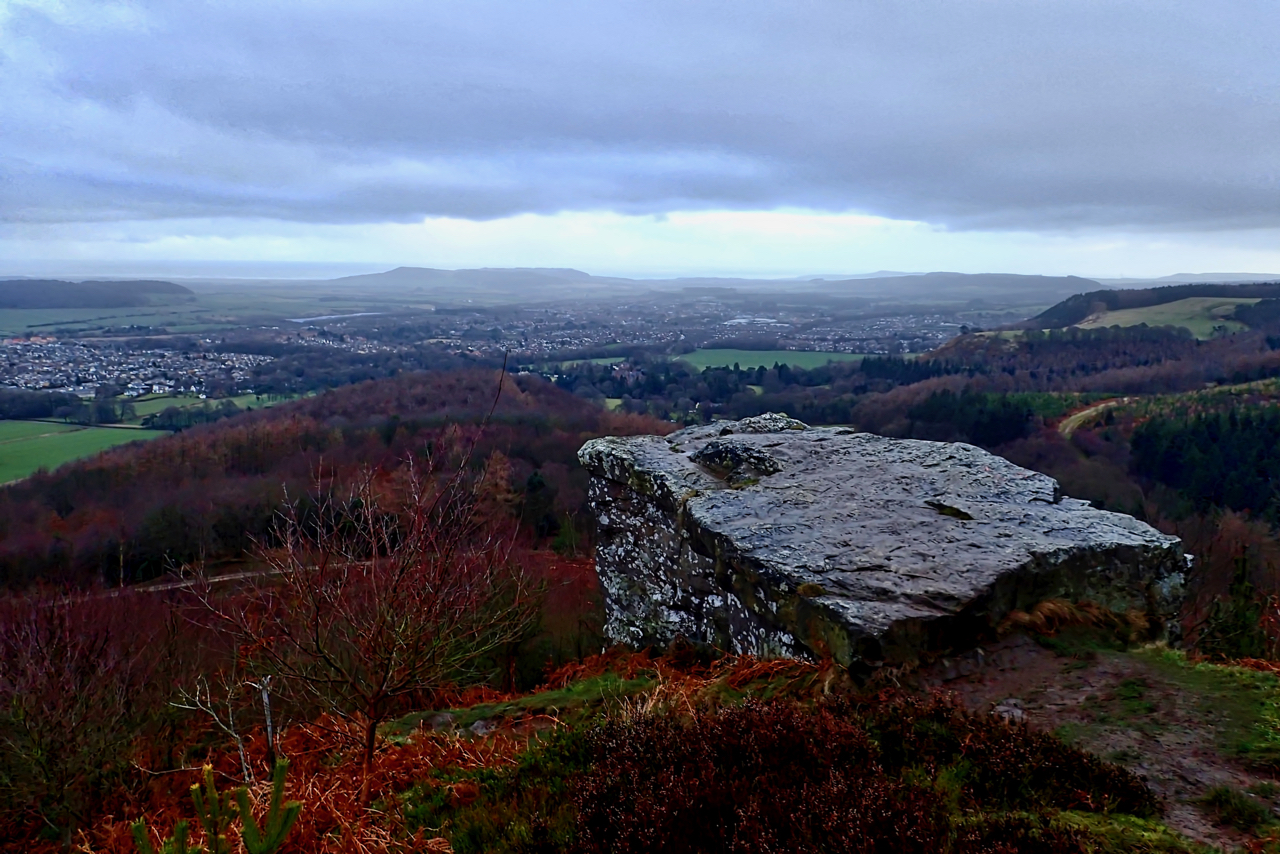 Today, Sir Michael Tippett, perhaps the leading British composer of the 20th-century, would have been 114 years old. He is most famous for his oratorio ‘A Child of Our Time’, which was inspired by the murder in Paris of a German diplomat in 1938 by a Jewish refugee teenager. The murder led to the attacks by the Nazis against Jews in Germany in the notorious Kristallnacht. During the war, Tippett was a conscientious objector and imprisoned.

But what’s the connection between Tippett and a general view over East Cleveland? Well, during the summers of 1933 and 1934 Tippett was the music director at a work camp set up to help out-of-work ironstone miners near Boosbeck, just right out of shot. One of these was named Heartbreak Hill on account of the heartbreaking work required to clear the land from the raw moorland. Many camps were set up in the 1930s in areas where unemployment reached up to 90% but at Boosbeck there was an emphasis on music, folk dancing and drama in the leisure time. So a tenuous connection then but Tippett must have travelled through Guisborough on his way to and from Boosbeck. It would have been nice to get over to Boosbeck but the Hanging Stone is as far as I got.
 Open Space Web-Map builder Code