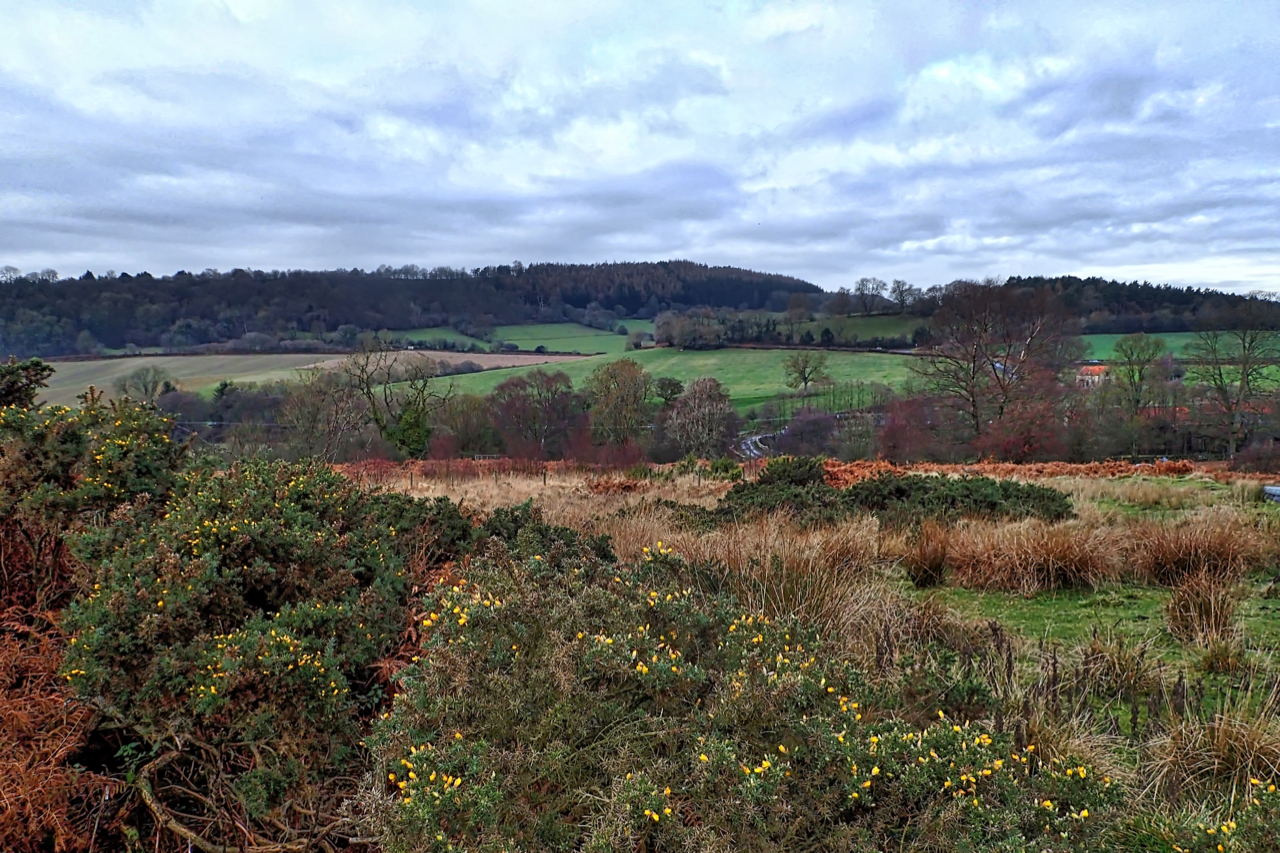 In July this year, for the first time since 2014, two hen harriers fledged from a nest in the Peak District. The two birds, one male and one female were both tagged by the RSPB. The male was given the name Arthur and his sister Octavia. Arthur hung around the Peak District for a few months before going exploring. First, he went south-west, to the Brecon Beacons, then north to Nidderdale in the Yorkshire Dales, and finally east to the North York Moors, a fatal decision. He was last recorded on 26th October, just north of Lowna Bridge in Farndale. There has been no transmission since. He has simply disappeared. It is not unknown for a tag to fail but it is very unusual. Eight other hen harriers have similarly vanished without trace this year, including Octavia. Lowna Bridge spans the River Dove which drains Farndale; the rooftops on the right in the photo is a farmstead with the same name. The road, centre in the photo, is descending to the bridge. Farndale is typical North York Moors, a wide flat bottom pastoral land surrounded by large tracts of intensively managed grouse moorland. Figures from the RSPB show that North Yorkshire is consistently the worst county in the UK for the persecution of bird of prey. Very disturbing.
 Open Space Web-Map builder Code