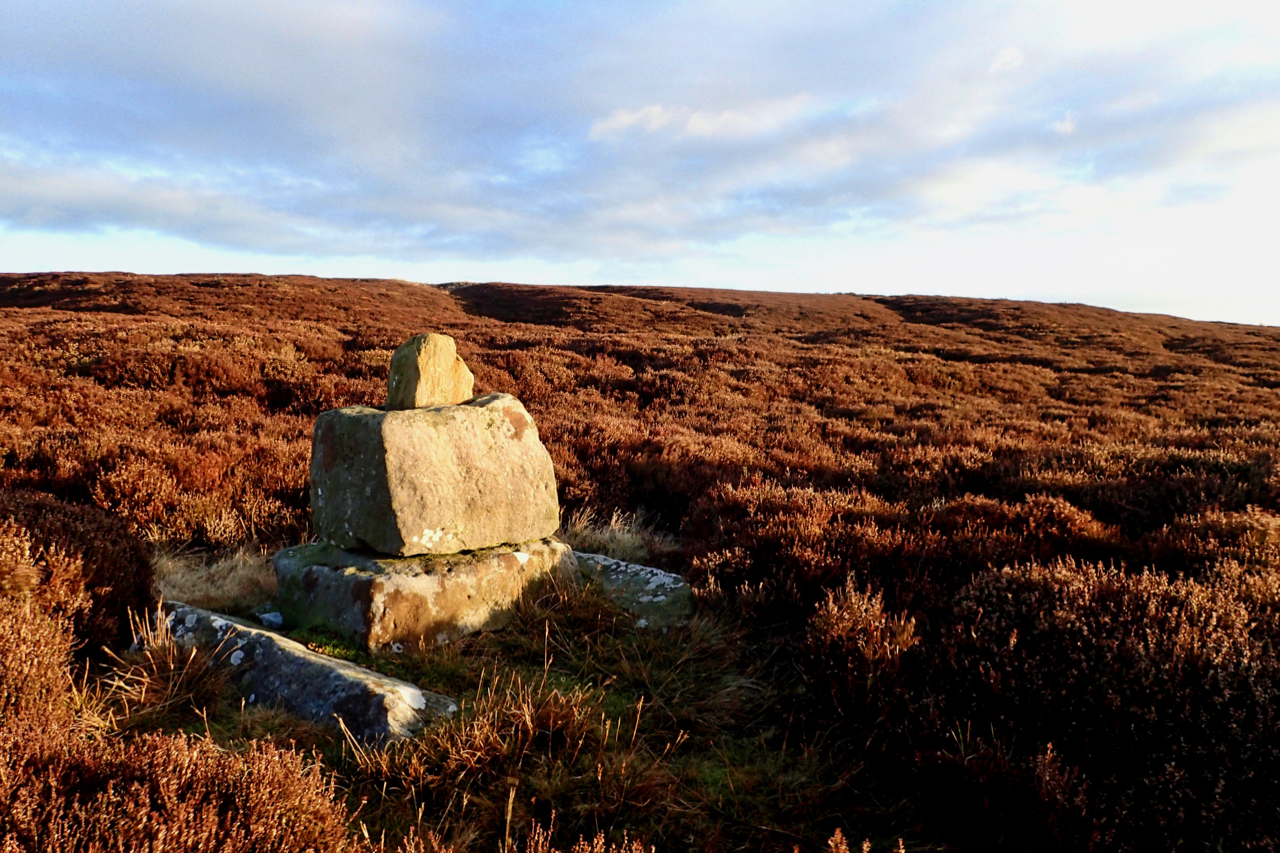 Winter on the high moors are mostly bleak, a brown heather carpet covered by a grey quilt but when the sun does shine it can be exhilarating. Not the place where medieval travellers would have ventured unnecessarily. However, even today to cycle from Danby following the River Esk to its mouth at Whitby, the obvious route, is tortuous. It is far easier to gain some height by climbing up Danby Beacon and use the landrover track to the hamlet of Stonegate. This follows a medieval route called Stonegate passing Stump Cross, an old moorland wayside marker near to the junction where another medieval route, Leavergate, heads to the fishing port of Staithes. The modern reincarnations of both routes, the landrover track, a Byway Open to all Traffic, and the Public Bridleway, seem to have drifted slightly from their medieval equivalents. Not unusual for even today unmade moorland paths are notoriously founderous, deviating when they become impassible such as across boggy and rutted ground. In ages past, it was considered an entitlement that travellers could side step around such obstructions. Stump Cross is about 30m from the modern junction, overlooked and neglected by walkers and cyclists. It is obviously not complete and has been broken at some time, perhaps an origin for its name. What remains of the cross is a short stub sitting in a socket in a base with a cradle of three large stones lying prone.
 Open Space Web-Map builder Code