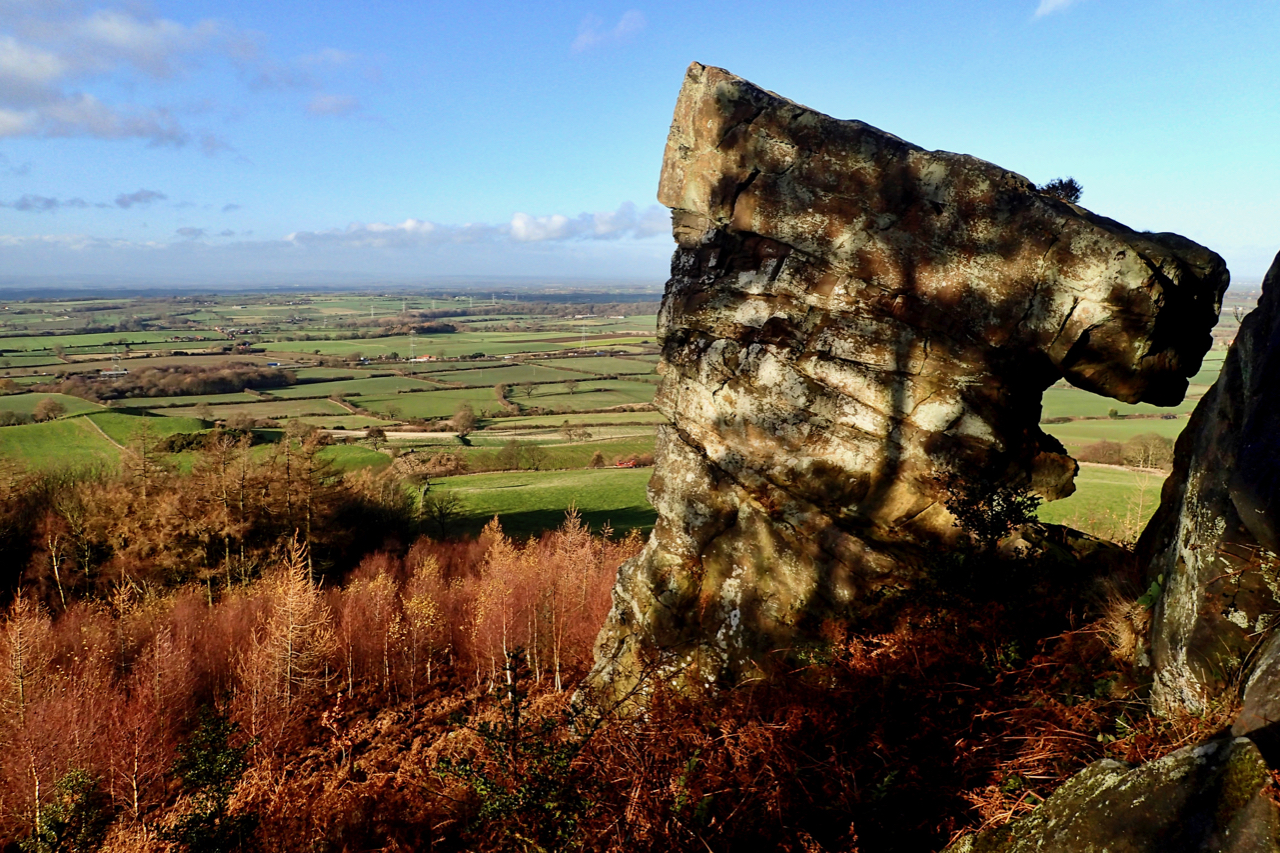 A hammer-shaped sandstone rock on the southern end Thimbleby Bank, between Osmotherley and Over Silton and offering fine views across the vale of Mowbray. Views which were spoilt by the noise of a constant barrage of gunshots, many a clay pigeon blasted to smithereens.

The Vale of Mowbray is that the broad lowlands between the North York Moors and the Yorkshire Dales. It takes its name from Sir Roger de Mowbray, the lord of the manor of Thirsk. Sir Roger inherited the lands which King Henry I had awarded to his father, William d’Aubigny, one of the King’s most trusted advisors, and took the name of Montbray from his holdings in Normandy. Sir Roger was your archetypal knight who went off to the Crusades but later supported the Great Revolt against Henry II in 1173 which collapsed. At the age of 67, he returned to the Holy Land, where he was captured and died in 1187.
 Open Space Web-Map builder Code