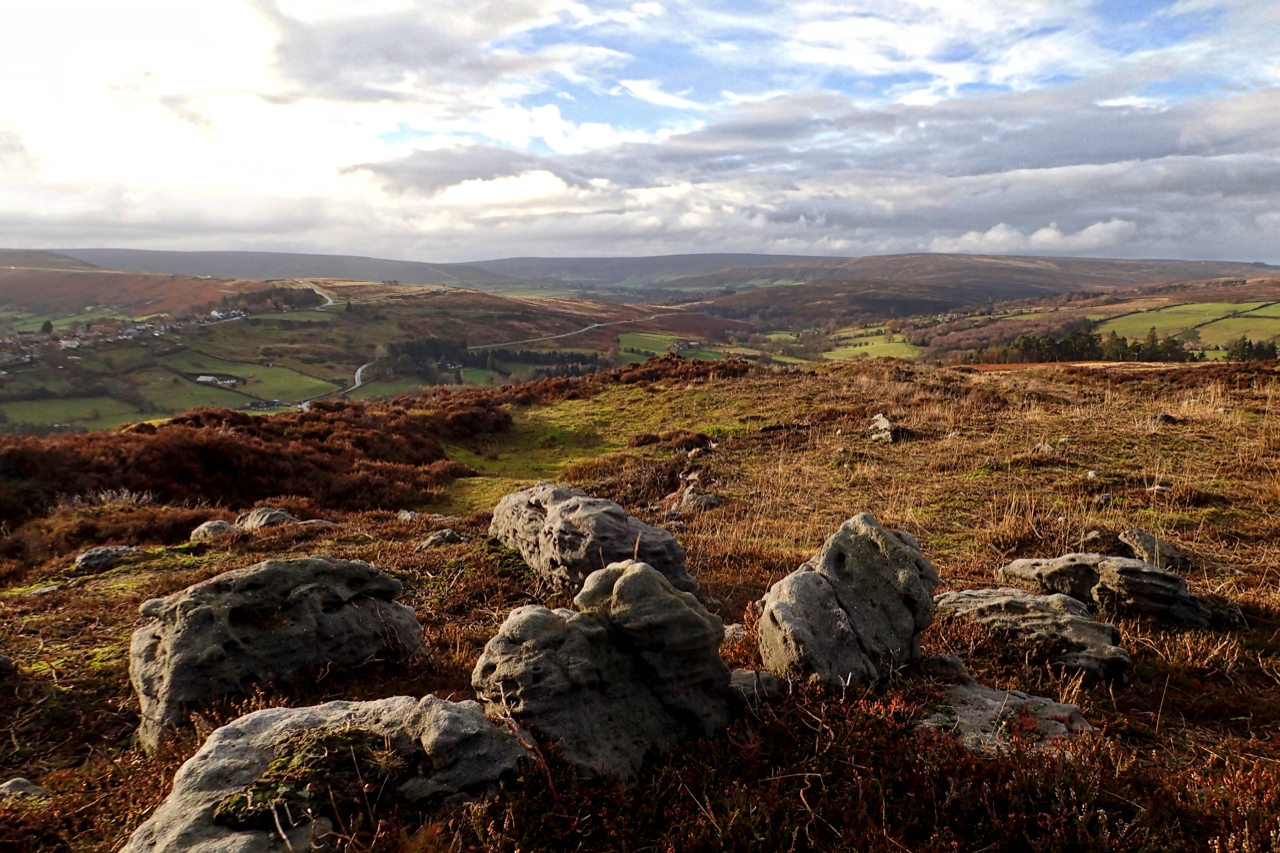 From Danby Low Moor, to the north of Castleton in the Esk valley. The ‘New Road’ to Westerdale is reflected in the morning sun contouring around Rigg End, the appropriately named north end of Castleton Rigg. The south-west tip of Castleton village is on the left,

Perhaps somewhere in the photo lies the site of the cottage where, in 1935, a mummified hand was found hidden in a wall. Known as a ‘Hand of Glory’, this gruesome artefact was believed to help thieves during the night by opening locks and spellbinding the victim. It is the only one still in existence in England and can now be seen in Whitby Museum.

The recipe to make a Hand of Glory: first cut a hand from a hanged felon, must be fresh, tightly wrap it in a shroud so as to squeeze out the last of the blood, and then place it in an earthenware vessel with a mixture of powdered saltpetre, salt, and pepper. Leave for two weeks to marinate then dry it out at the height of summer when the sun is at its hottest. In the meantime make some candles from the fat of a hanged man. The Hand is to be used as a candlestick with these candles thereby opening locks and rendering members of a household unconscious.
 Open Space Web-Map builder Code