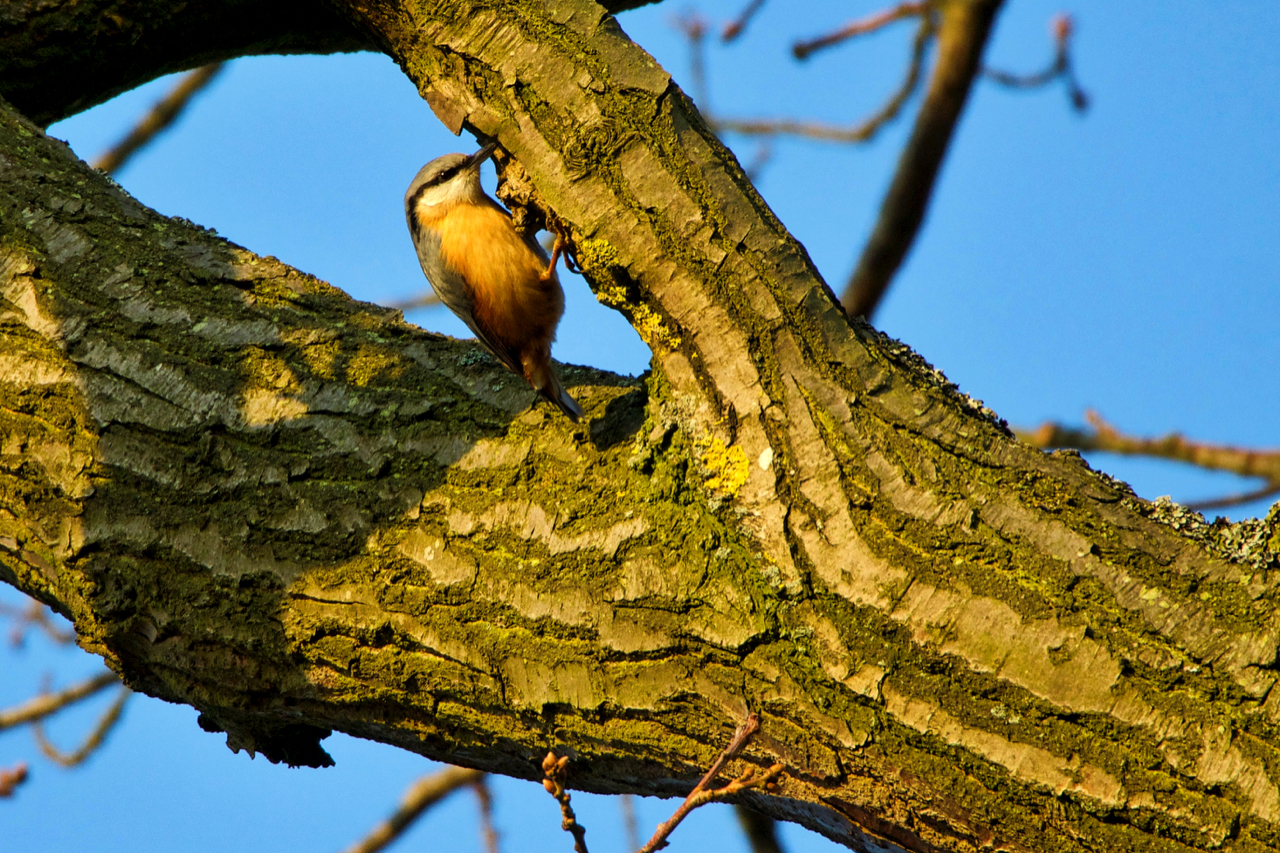 You will probably hear this little bird before you see it. It’s very vocal, singing a variety of loud songs with lots of different whistle-sounding notes. It’s the nuthatch, nut jobber, nut cracker, nut pecker or wood cracker. All referring to its habit of lodging nuts in crevices in the bark of trees to crack them open with their beaks. Something which it does very noisily. Another name is the upside down bird on account of its ability to run down a tree headfirst, the only British bird to do so.

It’s a plump little bird with blue-grey feathers on its back, chestnut flanks, and a white chin and neck with a black stripe through the eye. It was traditionally confined to the Midlands and southern England and suffered a decline during the 19th-century. Since the 1970s, however, climate change has made the north more favourable but as a bird which rarely moves far from where it was hatched, the expansion of its range has been slow. However, it is now regularly recorded in the Scottish lowlands.

Ireland is not known for its nuthatch population but there does exist an Irish Gaelic word for the nuthatch: ‘cnóshnag‘ so some must be found there. The word comprises the element ‘cnó‘ meaning a nut and ‘snag‘ for a hiccup, probably on account of its jerky movements as it runs up and down the tree.
 Open Space Web-Map builder Code