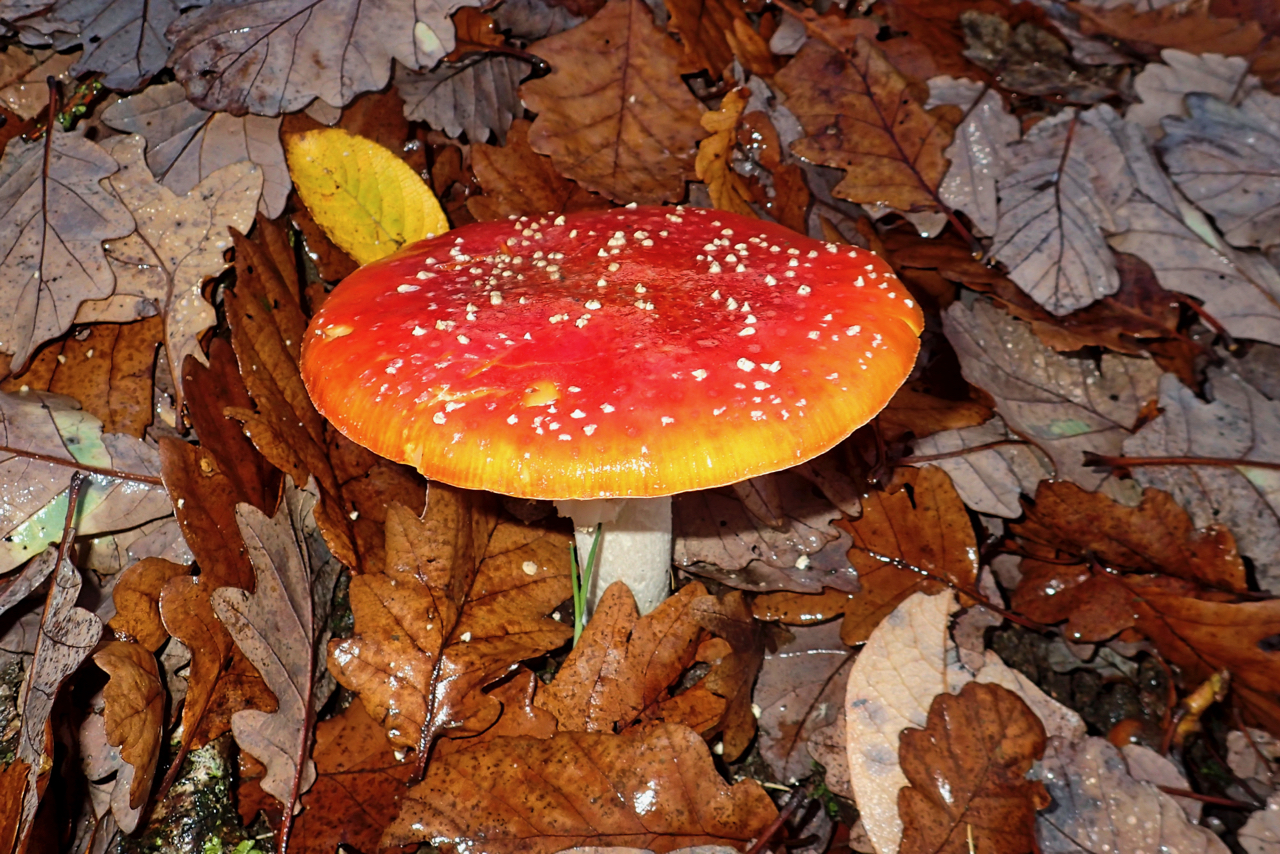 A damp stroll this morning. Most toadstools I come across are usually past their sell-by date. Dirty, forlorn, and partially eaten by insects. This one seems pristine and the classic toadstool as drawn in children’s books; the Fly Agaric or Amanita muscaria, poisonous twice over. One poison is muscarine, causing nausea and vomiting eventually leading to a coma. The other is muscimol, a hallucinogenic. In northern Europe, the fungus is a favourite food of the reindeer which seems to be able to tolerate it. The Sami tribespeople of northern Finland, are aware of the hallucinogenic effect of the fungus and traditionally feed it to their reindeer herds. The hallucinogenic and psychotropic compounds are passed out in the reindeer’s urine which is drunk by the Sami to experience a mind-bending trip!

When the first missionaries reached Lapland the Sami told of reindeer flying through the sky. It is most probable that these tales were the result of hallucinogenic experiences and which, it is suggested, are the origin of our Christmas tradition of Santa riding through the sky on his sleigh pulled by reindeer. It has also suggested that Santa’s sartorial colours may have originated from the bright red and white of the Fly Agaric.
 Open Space Web-Map builder Code