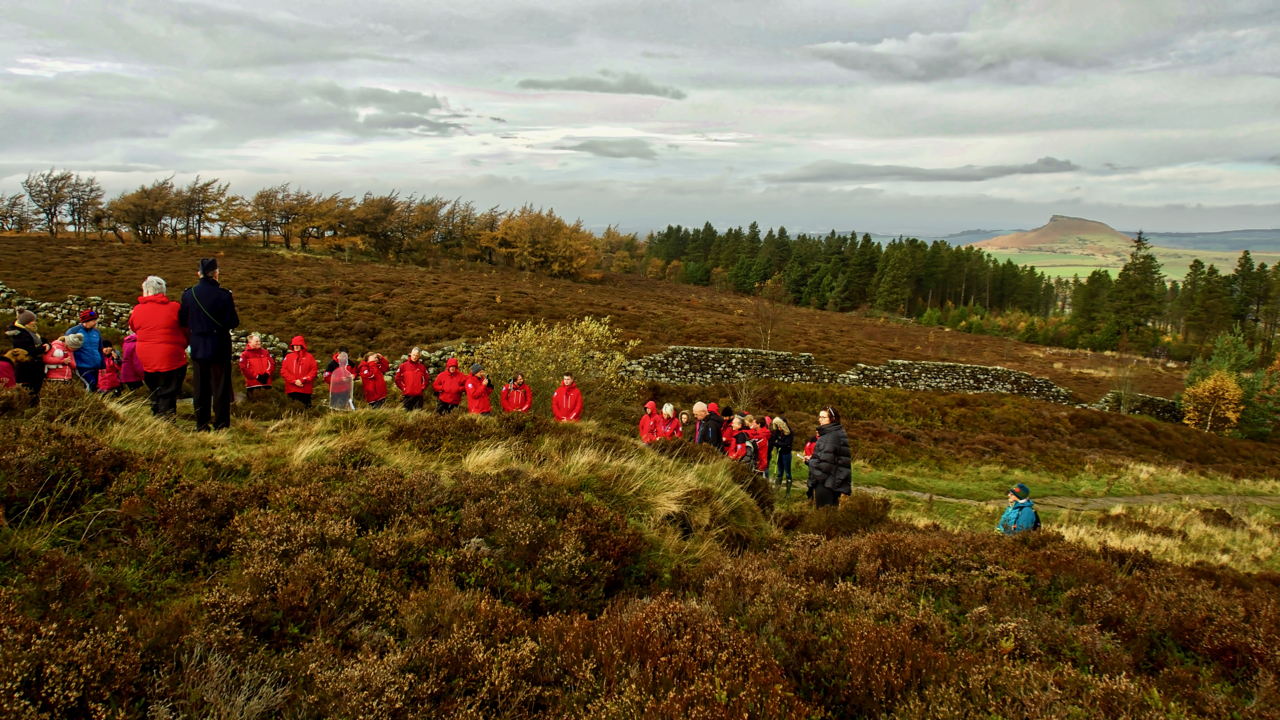 The Cleveland Mountain Rescue Team’s very moving remembrance service at the memorial to the three servicemen killed in the 1940 plane crash on Easby Moor.

100 years ago today the Great War ended in Europe; a war that had lasted for 4 years and 97 days; a war that had claimed the lives of 9 million soldiers of all nationalities and faiths; a war that had left more than 21 million wounded; a war that further contributed to the deaths of 6 million civilians from disease, starvation, or exposure. Statistics which today are unimaginable but which must not be forgotten.

My own family has been fortunate in that both my parent’s branches came through both wars without loss; as far as I know. During WW1 my maternal grandfather worked on the railways, a reserved occupation. On my father’s side, my grandfather joined the 7th Battalion, The Sherwood Foresters and ended up being gassed at the Somme. I have a faded group photo of him with his nurses taken in a convalescent hospital. My aunty Gladys once told me that the war changed him, but as she would have been just a toddler in 1918 she was probably repeating her mother’s words. I never had the chance to get to know him, he died before I was born.
 Open Space Web-Map builder Code