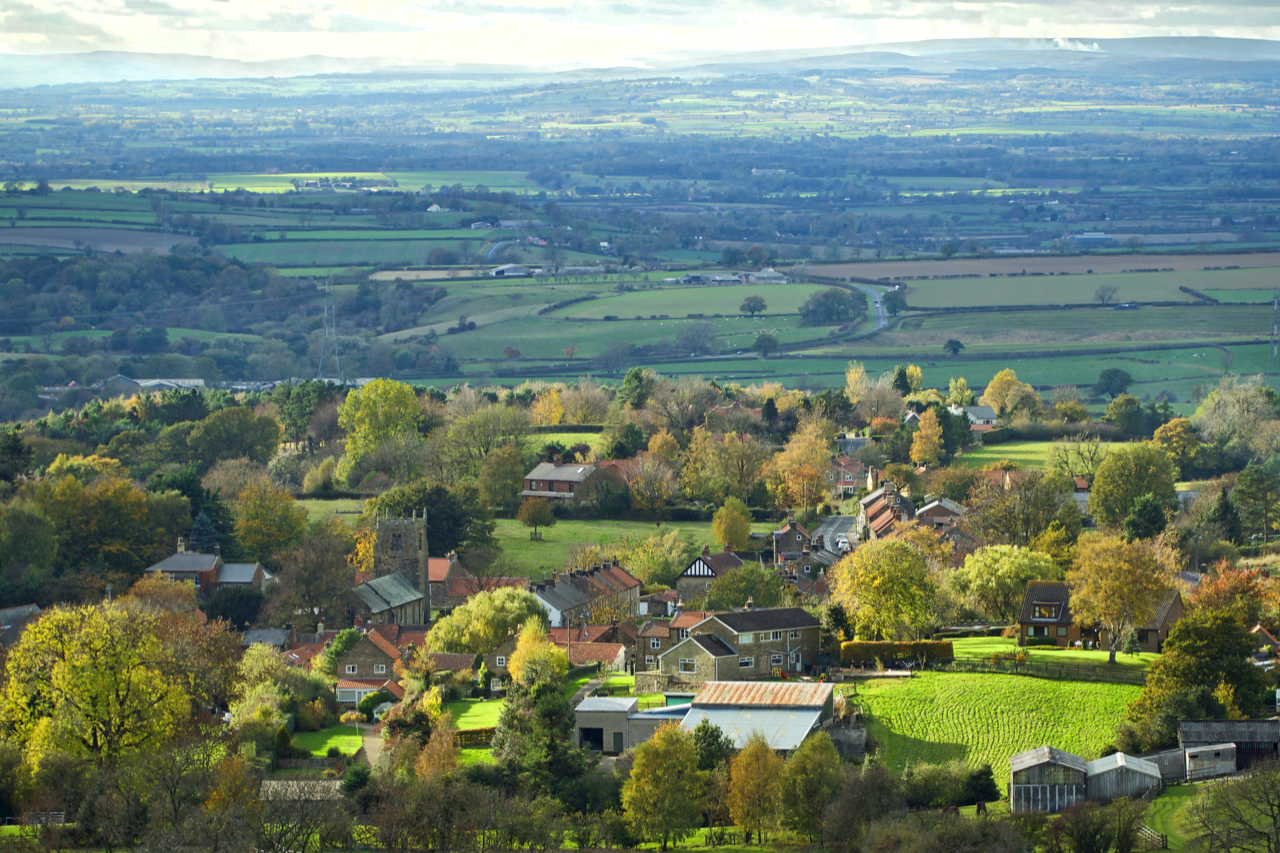 Pevsner, writing in the 1960s, describes Osmotherley as a small town rather than a village. In the second decade of the twenty-first century, it is undoubtedly a village which probably says more about the decline of village life than of the growth of towns like Northallerton and Stokesley. This view is from Limekiln Lane on Rookhaw and illustrates Osmotherley’s position as the gateway to the eastern moors yet on the edge of the Vale of Mowbray. In the far distance, several moorland fires burn around Swaledale, spoiling the clarity of the view in the fresh arctic air.

There are two origins for the name Osmotherley. One is quite romantic. King Oswald of Northumbria longed for a son. After years trying, his wife gave birth to a fine baby boy. But she dreamt that on a certain day the young Prince Oswy would drown so on the fated day she climbed the highest mountain in her husband’s realm where there would be no rivers. This hill happened to be Roseberry Topping and on the summit, after the hard climb, she fell asleep leaving young Oswy playing. Now unbeknownst to the queen, there was a small spring near the summit, it is no more than a damp crevice now, and sure enough, she awoke to find the prince lying face down in the water. The king and queen were heartbroken, the queen more so and died soon afterwards from a broken heart. So the queen and Prince Oswy were buried side by side in a place that was to become known as “Oswy-by-his-mother-lay” or Osmotherley.

The second origin is that the name derives from a Scandinavian personal name, Asmundr and the Old English word leah meaning a clearing. Asmundrelac, or Asmundr’s clearing, is recorded in the Domesday Book.