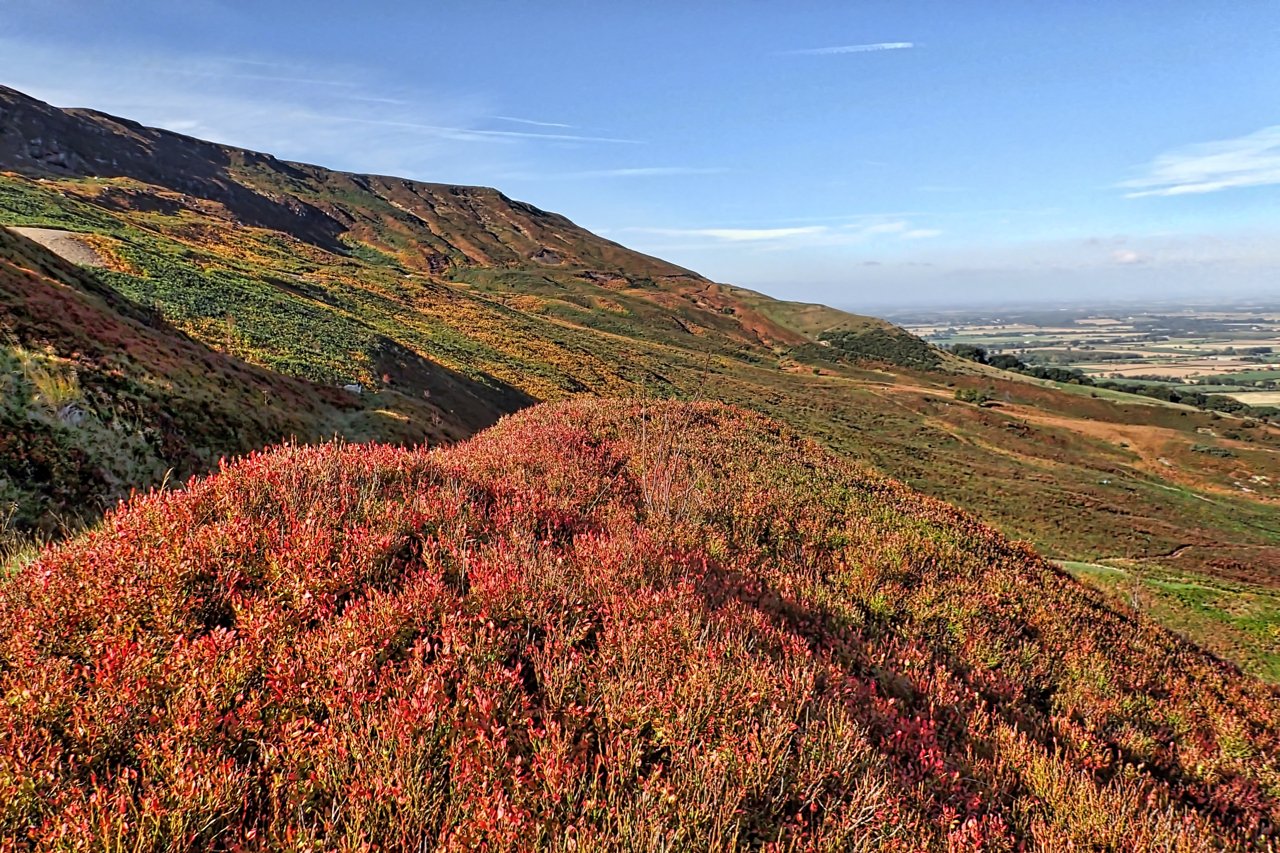 Kirkby Bank, the steep northern face of Cringle Moor giving a fine autumnal display of rich colours. The photo also shows well almost three hundred years of man’s activities. History is much older than that of course. The underlying rock is Jurassic, laid down between 150 and 200 million years ago when Yorkshire was on the floor of seas and river deltas, about the latitude of Spain. Just below the crest of the bank, far left, the youngest rocks are of good quality sandstone, extensively quarried for building materials down in the vale of Cleveland below. Blocks of stone would have been sledged down creating the many sunken tracks we see today. Below the sandstone, softer alum shales were quarried in the early 18th-century. A landslip has wiped out all traces of the leet and earthworks associated with the processing of the alum on the bank itself although the final crystallising of the alum took place in an alum house located below near to the modern scout camp. A century later, the bank was again busy this time with jet mining, mostly small family run businesses digging into the thin band of jet shale; a spoil tip, still sterile after 150 years, can be seen extreme left.
 Open Space Web-Map builder Code