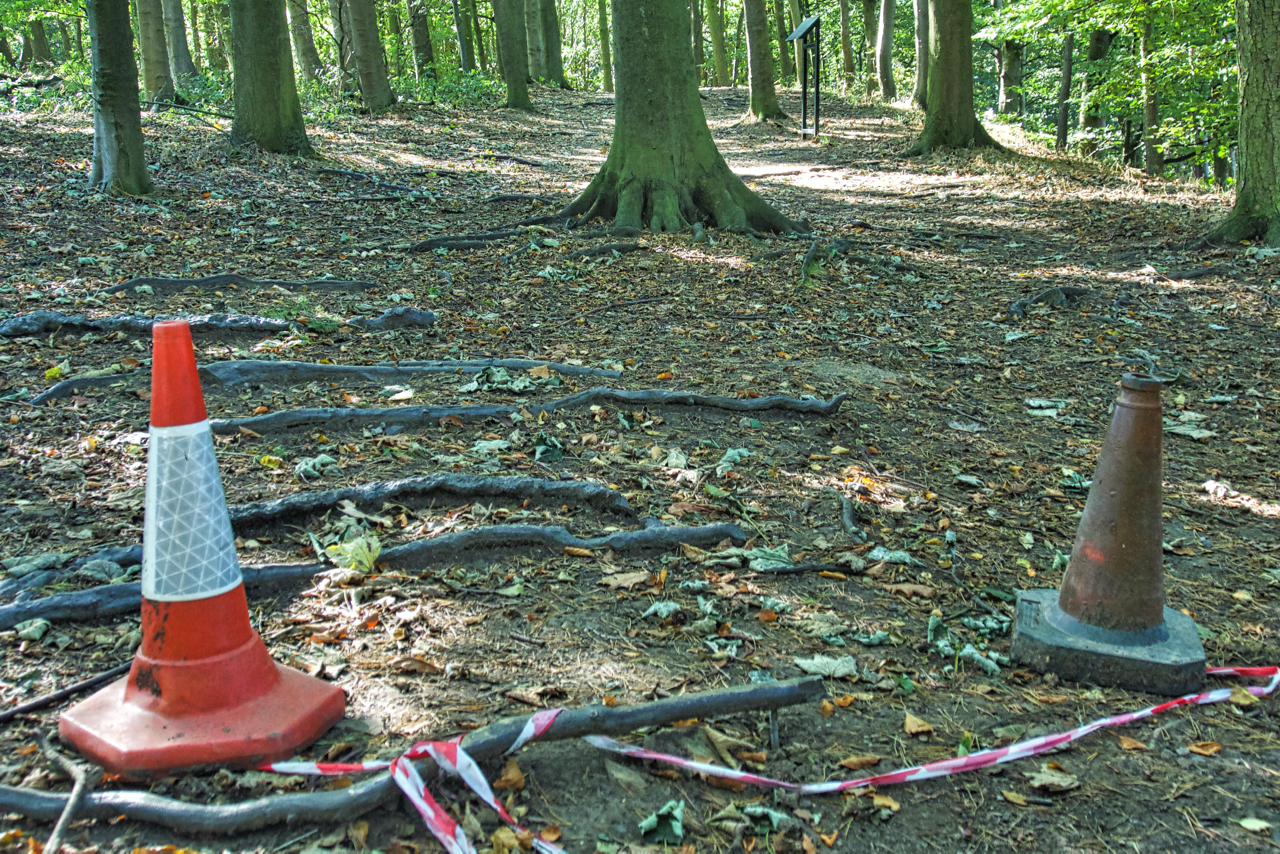 I was particularly inspired by this artist’s juxtaposition between mundane objects found in our everyday environment and the natural landscape of the beech woodland. The expected surface has been subtly altered, contradicting the usual form the material takes. The rough unstable path mimics a road distorting out familiarity by the use of traffic cones and red and white tape which are usually placed to warn and protect, thus making us reconsider our observations.

I read the information board:

Speed Breakers are the roots of a fallen beech tree, whose bark was traditionally thought to ward off snakes, cast in bronze and installed here on the Oxley Bank walking route. Bhuta describes:

“These shallow roots seem to be transmitters, rising from one end and submitting to the other, as though they are swallowed back into the land. They suggest a growth of an urban tree or one that has died. They refer back to the bronze age layered in the earth”

Then it clicked, the penny dropped.

The sculpture is actually the bronze tree roots half buried in the path. The traffic cones and the tape had been placed by the park wardens to highlight a trip hazard. Health and safety strikes again.

Doh. Back to art school for me.
 Open Space Web-Map builder Code