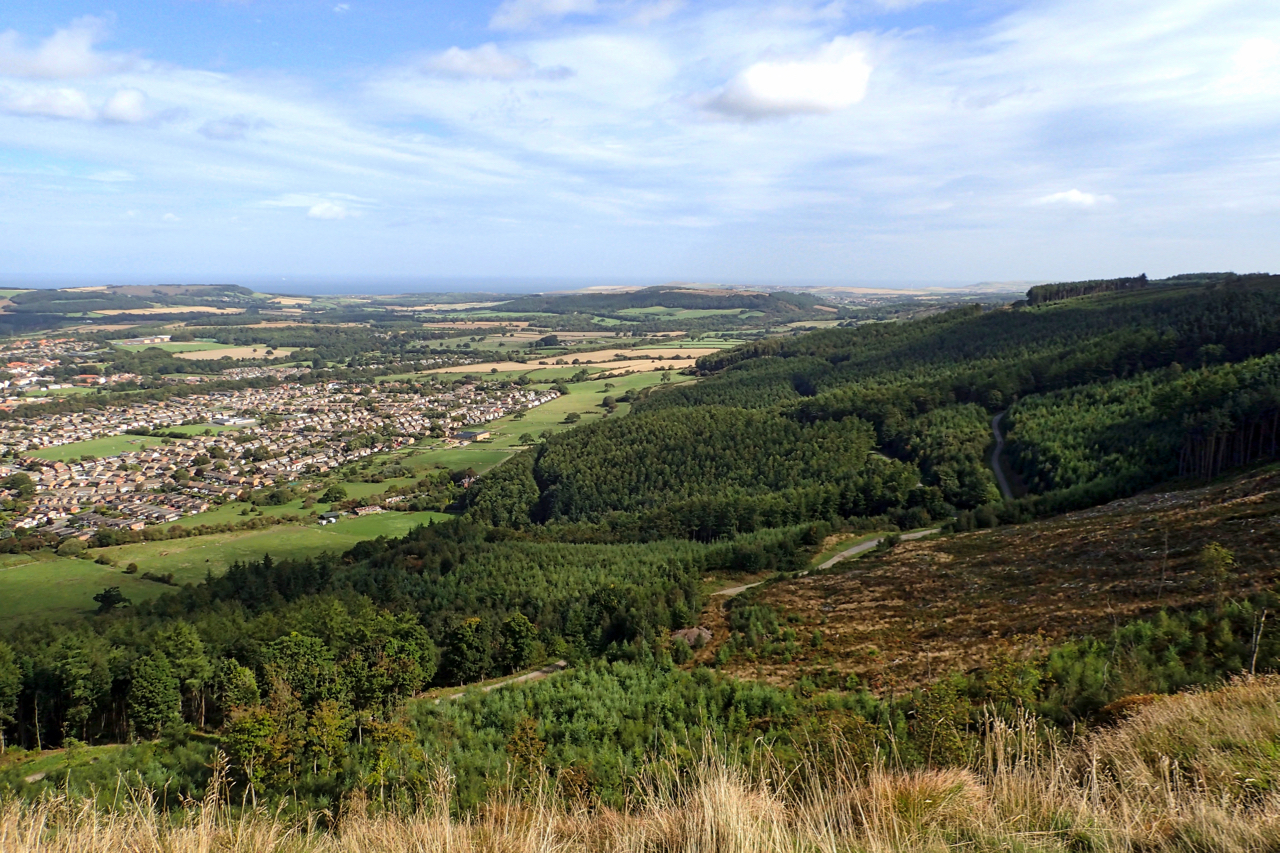 In 1937 Hunters Hill Farm, at the edge of the housing estate, would have stood isolated among its fields at the end of Sparrow Lane. The housing estate of course dates from the 70s. There would have been no commercial forestry on Belman Bank although the area below Highcliff Nab was named as Cliff Wood on the Ordnance Survey map and that above Hunter Hill Farm as Spring Wood, pockets of oak woodland. Belmont Ironstone Mine had been abandoned four years earlier and dismantled soon after. The 70s decade saw the demolition of the fan house which stood proudly by the track in the felled area in the foreground.

On September 11th of that year, an Avro Anson K8778 aircraft with a crew of four was returning to its base at Thornaby from a mission off the east coast of Scotland. It is unimaginable that navigation consisted at this time of using the coast as a handrail and turning west at the mouth of the Tees. But south of Newcastle, the visibility gradually deteriorated with the Tees valley was engulfed in fog. Flying at a height of 750′ it is thought the pilot missed the Tees and mistook Guisborough for Greatham near Hartlepool. At about 10:45 the Guisborough townsfolk heard the plane overhead, then a sudden silence. All four crew were killed instantly:

The crash site is in Spring Wood, above the abandoned Belmont Mine at around the 750′ contour. Apparently, a fragment of the fabric used in the fuselage was found as late as 2014 but any trace must be becoming buried by the undergrowth.
 Open Space Web-Map builder Code