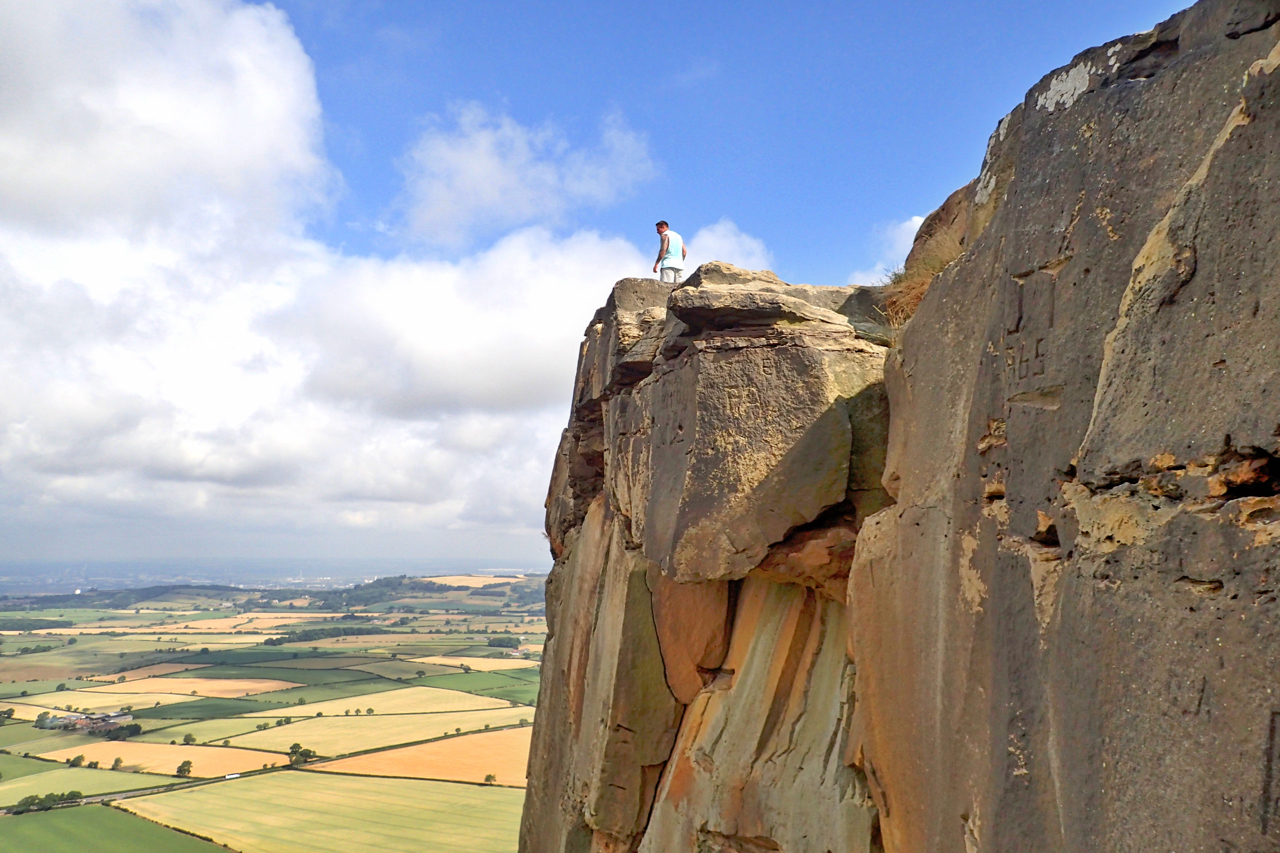 “Let’s jump off this cliff – it’ll be fun! A right laugh!”
urged all the people (well, I mean just over half
of those who had bothered to speak up at all).
I peered down at the rocks; it was a long way to fall.

I said, “This cliff’s more than three hundred feet high
and my doctor tells me if I jump I will die.”
“Cliff-jumping’s fine!” they cried. “Don’t trust the doctors. trust us!
We read all about it on the side of a bus.”

Worried, I met up with my local MP.
I shared my concerns. He was forced to agree:
“Why the rocks below would smash you to bits!
Where did you get the idea of jumping off cliffs?”

“It was the will of some of the people,” I said.
I watched his expression change to another instead.
“I think,” he revised “you’re being melodramatic.
The problem is you, You’re undemocratic.”

On the clifftop, we waited. In silence we stood.
Then a voice: “Remind me, why is cliff-jumping good?”
But we looked down at our shoes, baffled and stumped.
Then, out of embarrassment, we held hands and jumped.

Brian Bilston is a brilliant poet I follow on Twitter (@brian_bilston). The poem was posted the other day. After recent developments, it could very well do with another verse. I do find it very refreshing when I go out on the hills with the aim of taking a photo to match some words, rather than trying to come up with the words as an afterthought. The cliff is of course Roseberry.
 Open Space Web-Map builder Code