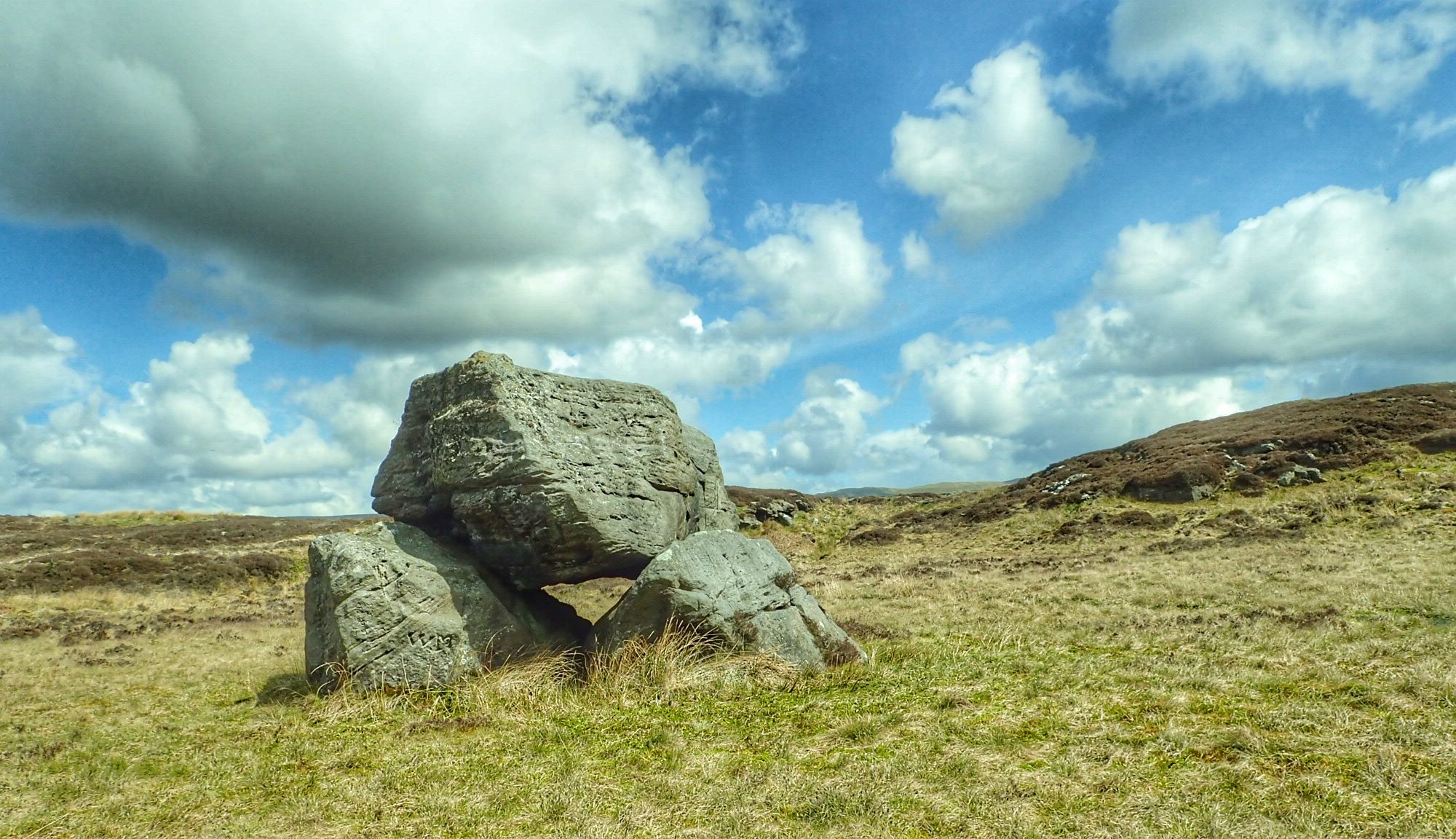 Craigmaddie Muir is a boggy heather moor in the Lennox Hills. The name, Craigmaddie, means ‘Rock of God’ but it is the Auld Wives Lifts that provides a geological curiosity.

Of course the placement of the boulders might well be natural. Both a melting glacier or the weathering of a sandstone tor are perfectly feasible explanations. Others contend that man’s work might explain the unusual configuration, placed by Druids as an altar stone, not entirely impossible considering the construction of Stonehenge.
 Open Space Web-Map builder Code