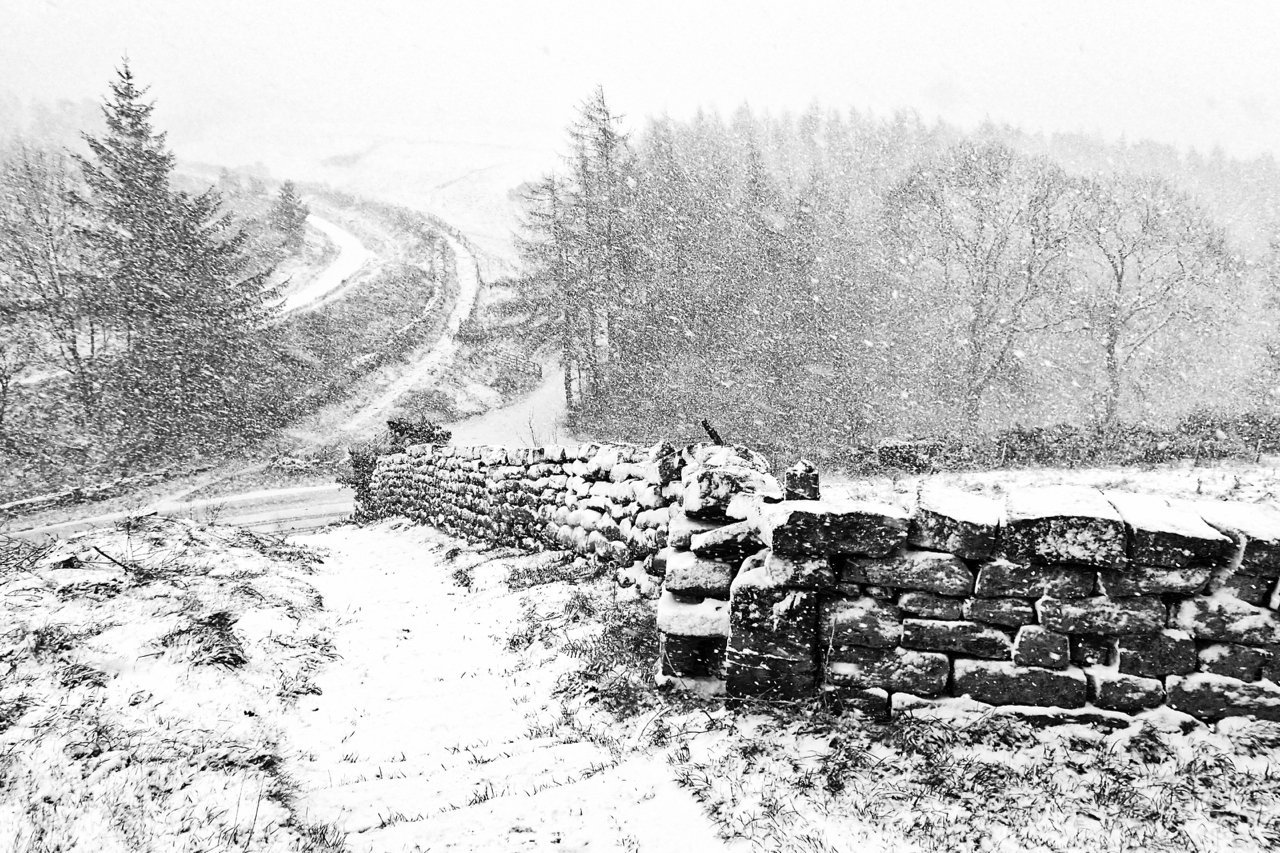 I was reminded today of a popular knick-knack of the 60s: a snow globe. A half dome of glass filled with water and snow confetti. Inside was a small scene, maybe including a reindeer or a Disney character. Given a shake, the scene would be transformed into a snowstorm. I am looking down through a snowstorm onto the Stokesley to Bilsdale road as it passes over the col named as Hagg’s Gate on older Ordnance Survey maps although most people will now know it as Clay Bank. I prefer the old name, it would be a shame for it to be lost. Gate of course means a street or way and hagg a wooded slope. It is first mentioned as Haggesgate in a 12th-century document relating to a grant of land to Rievaulx Abbey. On reaching the col from Stokesley, Haggesgate would have climbed up to Urra Moor, possibly following the route of the curved path opposite, where it joined another ancient road, Thurkilsti, heading south. Walkers on the Cleveland Way might have trouble recognising the scene; the trees that sheltered the steps to the left of the wall have recently been clear felled, opening up a new vista.
 Open Space Web-Map builder Code