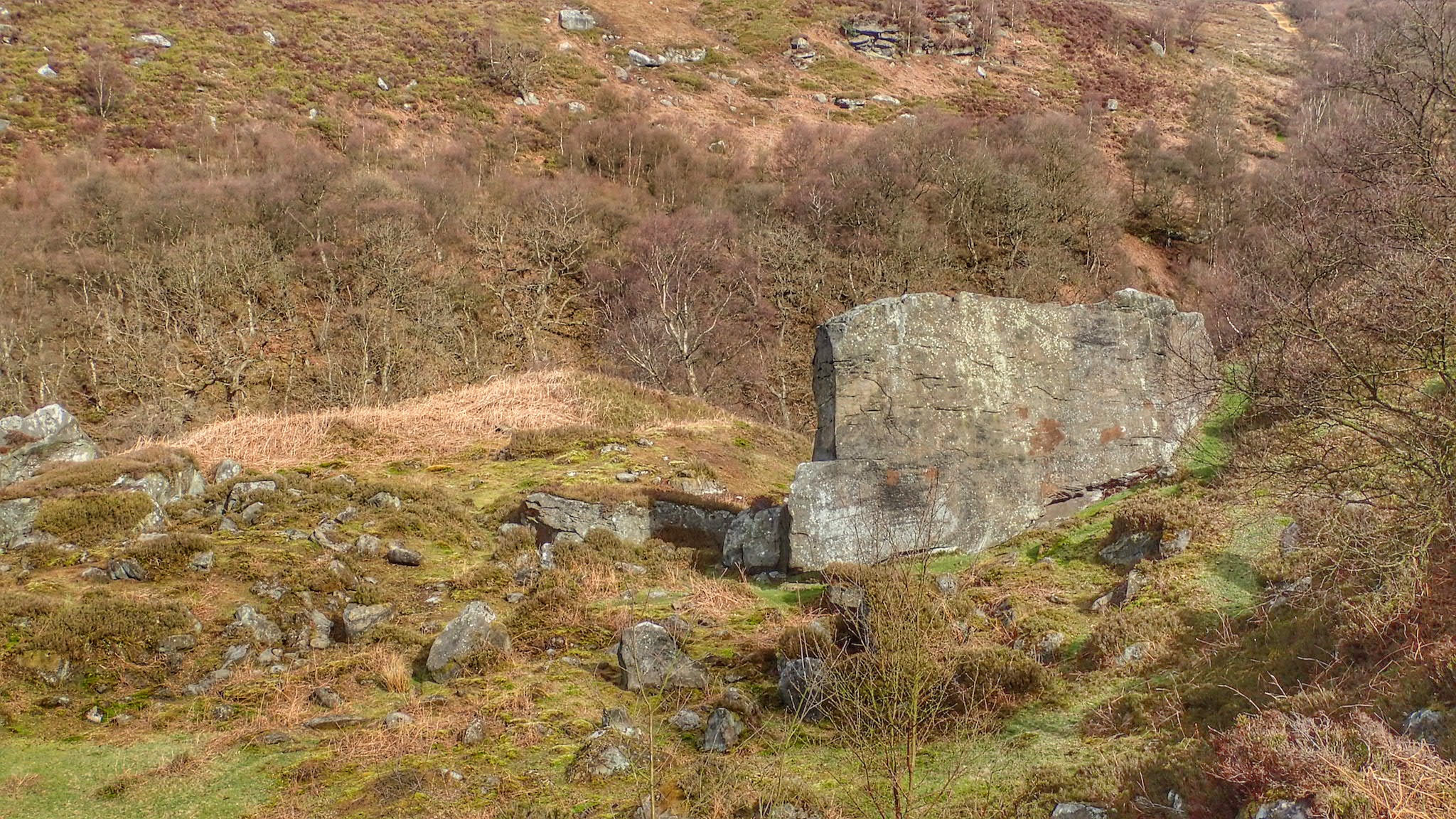 With the dog having had her walkies at the crack of dawn I took the opportunity to have a dogless run and not be restricted to using Public Rights of Way and having to keep her on her lead what with birds nesting and lambs about. So I found myself driving into the Chop Gate car park in Bilsdale still undecided whether to go east over into Tripsdale or west up to Cock Howe and beyond. Knowing that the bracken will make Tripsdale become impenetrable in a month or two, I crossed the B1257 and headed east.
If someone was to ask me what my favourite place in the North York Moors is, Tripsdale would be one of the contenders. A delightful isolated dale. It would be even more isolated if the estate hadn’t driven the yellow brick road across it a couple of decades ago. A horrible scar of a shooters’ track. Apart from its remoteness the attraction in Tripsdale is a massive boulder named The Ship Stone, or to use the colloquial spelling “T’ Ship Steean”, so called because it resembles the prow of a ship. I suppose that the folk of Bilsdale hadn’t seen that many ships.
Michael Heavisides included the T’ Ship Steean is his 1901 book “Rambles in Cleveland” and I’ll finish with a few quotes from him. The boulder is 17 feet 6 inches high, 20 feet wide and 61 feet long. He estimates it weighs 1,500 tons. There is a Latin inscription on the side written by John Hart, a schoolmaster, who was born in Oak House, Bilsdale:

All things are full of the creator.
John Hart, a man of Bilsdale.
1849.

Surprisingly the dale does have its own website tripsdale.co.uk from which I read that John Hart later taught at Ingleby Greenhow before emigrating to America and dying in Hawaii where his grave has been lost under volcanic lava and ash.