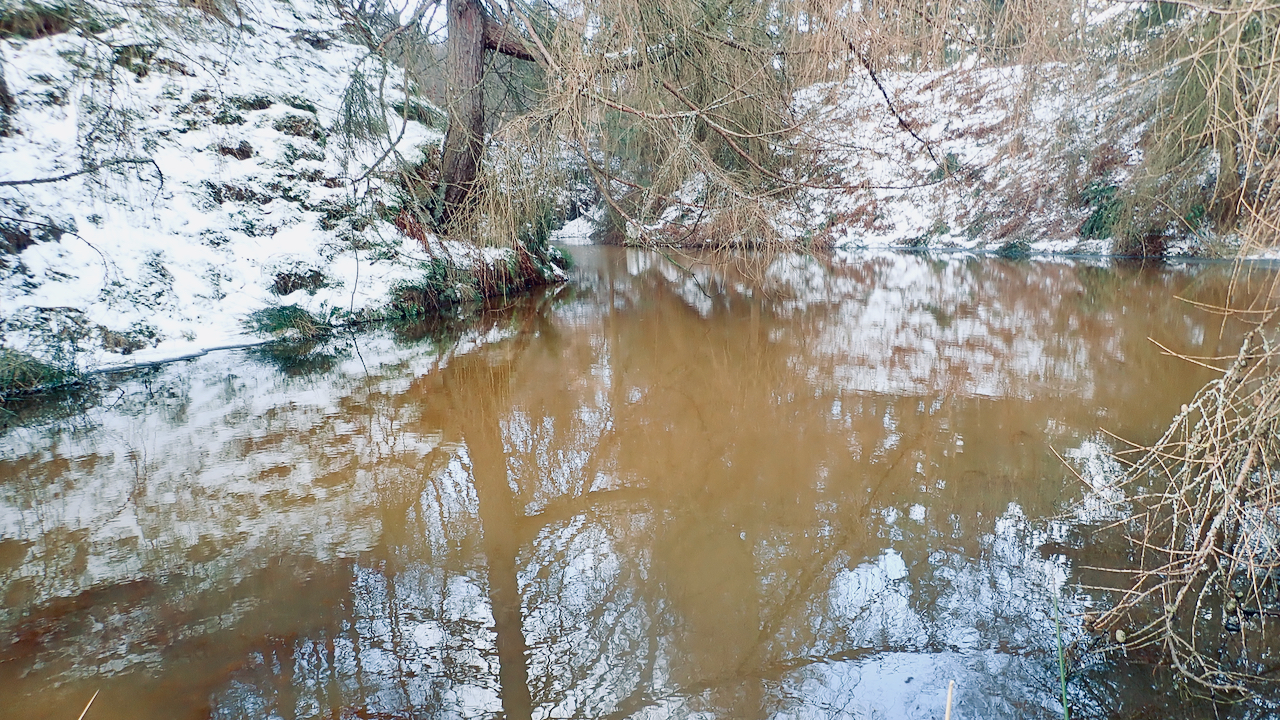 I’ve been minded to feature this old whinstone quarry many times before but heavy summer bracken growth has always put paid to that. It’s one of many quarries that sprang up wherever the whinstone outcropped between Eaglescliffe and Sneaton High Moor. Between Cliff Rigg and Kildale there were several smaller and I guess short lived quarries.

This one does not appear on the 1856 six inch Ordnance Survey map, but interestingly it does show a “Stone Ruck” but is shown as “Old Quarries” on the 1894 25 inch. So I guess it’s say to assume it opened and closed sometime between these two dates. A ‘ruck’ is a Yorkshire word for a heap or pile, as of stones, turf or hay.

There is a much bigger flooded quarry 1½km away near Woodend Farm in Kildale, much frequented by Middlesbrough folk in the 1950s/60s as a camping destination complete with a sandy ‘beach’. With the advent of cheap overseas holidays, Plage de Kildale lost its attraction, overgrowth took over but perhaps it was ultimately health and safety fears that forced a restriction on access. According to Cedric Anthony in his book ‘Glimpses of Kildale’, this was the flooded quarry known as the Blue Lagoon. There is a much repeated myth that the two quarries are connected by an underground passage. But as the height elevation between them is twenty metres, this seems unlikely, water from this upper pond would simply drain away.

A short distance away towards Gribdale, the snowfall highlights more of the workings. An interesting complex area of woodland.

Very little is known about the workings of this quarry in Lounsdale. The Woodend quarry was operated by the Kildale Whinstone Company which was formed around 1890. Meanwhile further west the Gribdale Mining Company was at work a year later. It’s seem reasonable to surmise that the Lounsdale quarry was a precursor to the Woodend operations.

Although whinstone had been extracted in the Great Ayton area since the late-18th-century, in 1868 the Leeds Corporation were attracted to the stone setts to pave their roads and extraction of whinstone hit the boom time. Perhaps this provided the impetus for the Kildale Estate to enter the industry. Previous attempts at exploiting ironstone on the estate in Lounsdale and at Warren Moor had not been not successful.