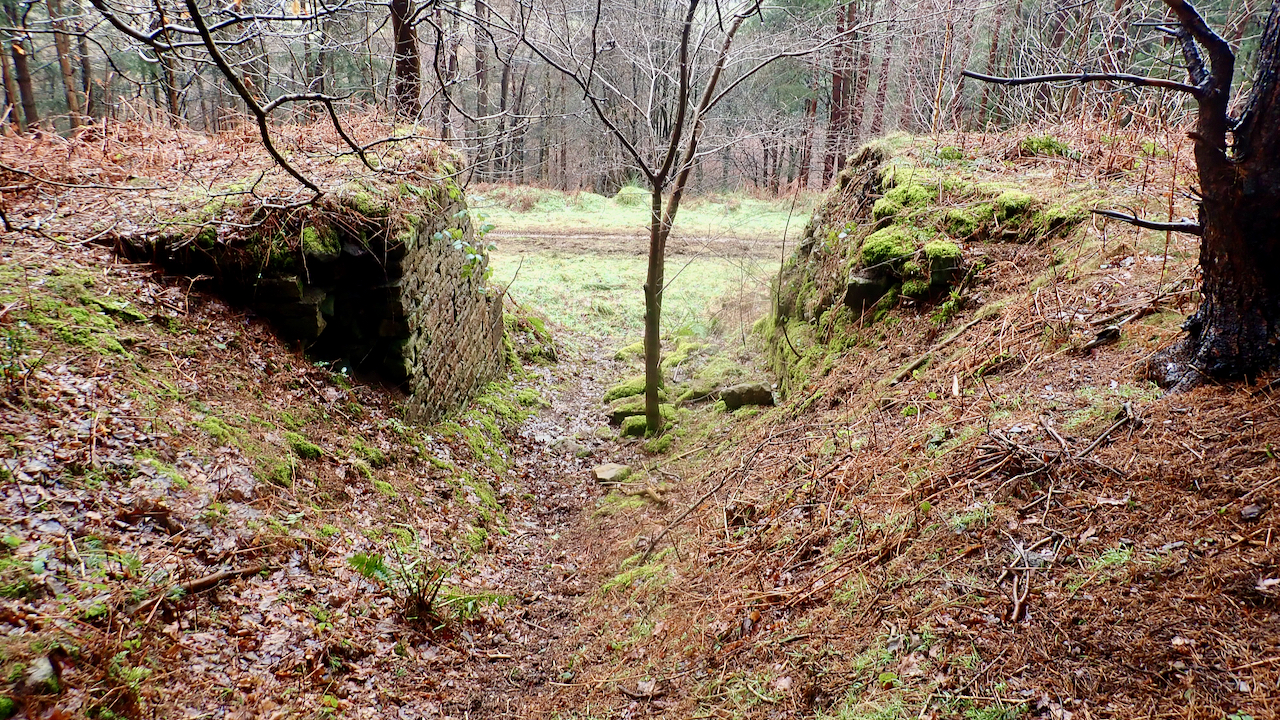 Hidden away in the forestry above Bank Foot is a tramway incline that served the sandstones quarries higher on Greenhow Bank. It first appears on the 1893 OS 25 inch map.

Blocks of sandstone would have been lowered down to a siding by the Rosedale Ironstone railway. I guess here a bridge was built to allow the incline to pass carrying an existing track. The line of the incline can be followed quite easily.

It is tempting to assume that these quarries, which seem to have been used entirely for building stone were operated by the Ingleby Ironstone & Freestone Company which built the original three mile long narrow gauge line to their ironstone mine at Rudd Scar. However, that mine was abandoned in 1860. Their narrow gauge railway had by then been upgraded to standard gauge by the North Yorkshire and Cleveland Railway.