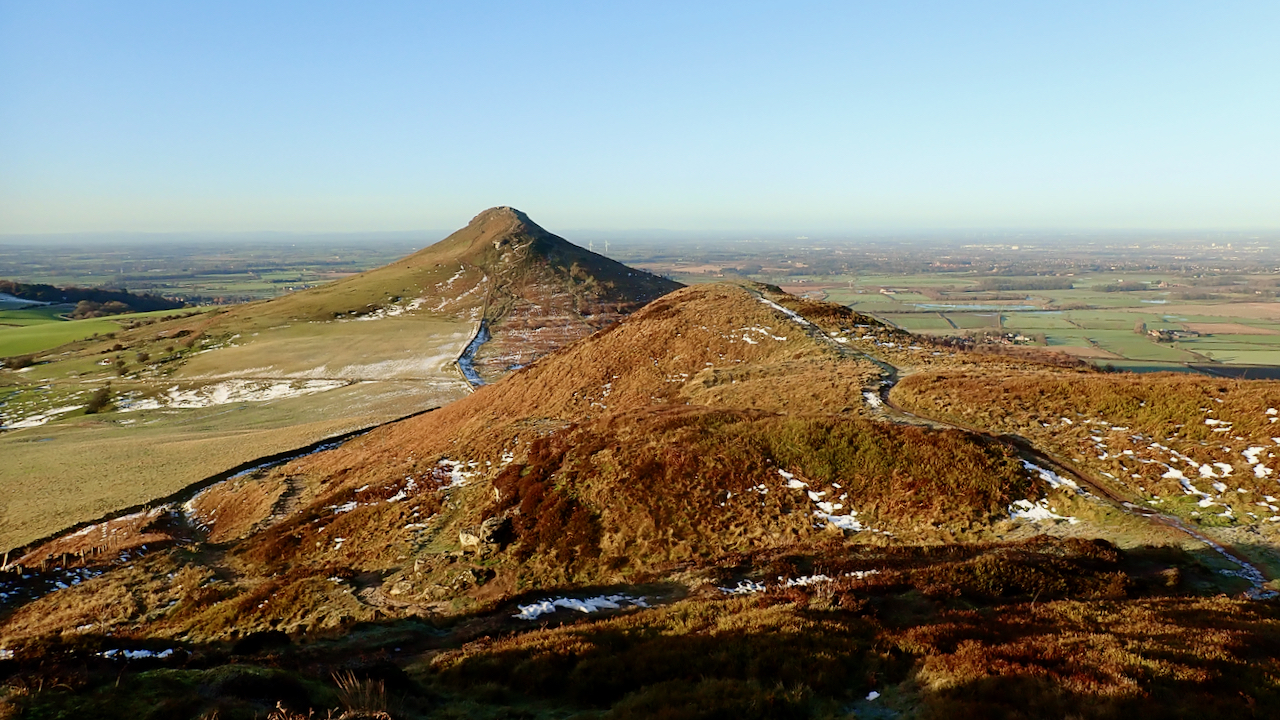 Roseberry Topping, a National Trust property, was busy over the weekend when the good folk of Teesside seized the opportunity to exercise whilst enjoying the snow. But today, with the last of the snow finally melting, the remains of their adventures are revealed. The debris of broken sledges, the ubiquitous plastic bottles and drinks cans, doggie presents, and, the new kid on the block, the face mask.

It was pleasing to meet three other villagers also tidying the place up. There is actually quite a community. And whilst it was appreciated to get praised by a passing walker, I did notice he said it as he stepped over a plastic bottle. No comment.

Octavia Hill was concerned about the poor availability of public open spaces in London and had campaigned against the development of existing suburban woodlands, helping to save Hampstead Heath and Parliament Hill Fields from being built on.

Sir Robert Hunter was a solicitor for the General Post Office and had acted for Hill on much of her work. He drafted the National Trust Bill, which was enacted by Parliament in 1907, giving the Trust the status of a statutory corporation.

Living in the Lake District, Canon Hardwicke Rawnsley was an enthusiastic campaigner for local and conservation issues. Together they founded a charitable organisation that now has the largest membership in the United Kingdom and one of the UK’s largest UK by both income and assets. Its aim is to preserve places of historic interest or natural beauty for the enjoyment of the British public.

So happy birthday to the National Trust.

One Reply to “A birthday clean up for Roseberry”