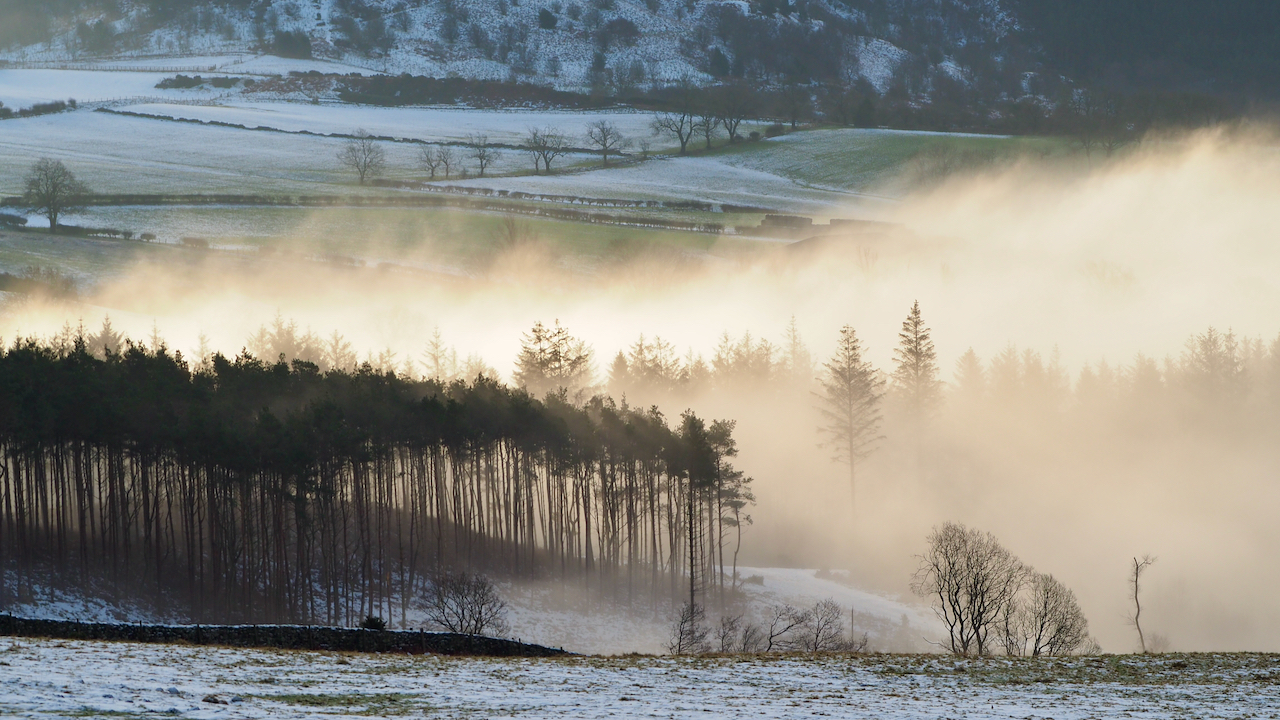 In his book ‘Landmarks’, Robert Macfarlane refers to ‘daalamist‘, a Shetland word for low lying mists that gather in valleys in the mornings and dissipate when the sun rises.

And it was a magnificent display of daalamist today that completely stole the show. It slowly crept up the vale of Cleveland, gradually enveloping Ayton and environs yet Middlesbrough could be seen clear in the distance.

When the morning sun shines through the mist like here at Slacks Wood, the effect has been called ‘Haze fire’. A poetic and beautiful sight.

I was crossing Roseberry Common when I took the photo. By the time I reached Gribdale the mist had caught up with me yet the Topping and Capt. Cook’s stood clear.