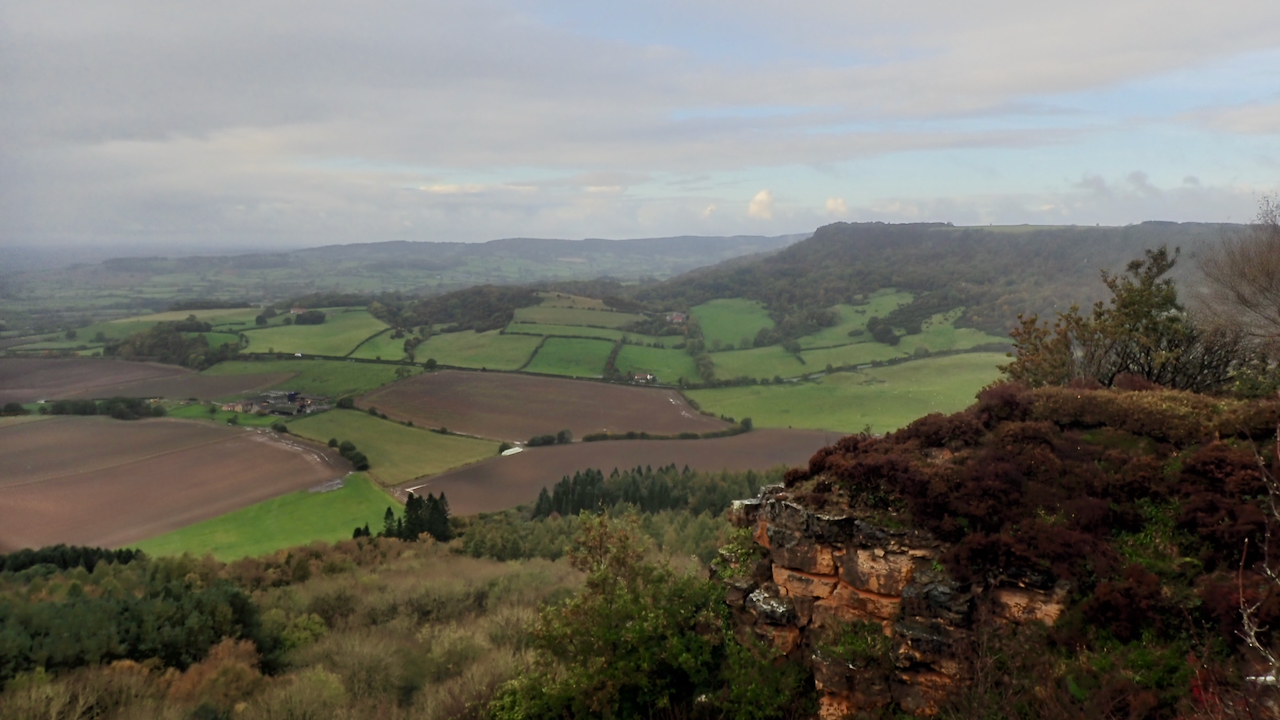 So Robert the Bruce’s groom may have remarked as the Scottish King contemplated the view on the afternoon of 14th October 1322.

But it is quite likely this spectacular view could have indeed been seen by Robert the Bruce. On a clear day, you can look out across the Vale of York westwards to the Pennines. It was the time of the ‘Wars of Scottish Independence’, Robert with his 20,000 ‘moss-troopers and clansmen’ had pursued King Edward II after the latter’s abortive campaign in August 1322 to defeat Robert and capture Edinburgh.

In the journey south, Robert had already laid waste to Carlisle, Lancaster and Preston before marching east across the Pennines to Northallerton. There, he rendezvoused with more Scottish troops and set out to capture the English King.

With the remnants of his army beset with sickness and famine, after Edinburgh, Edward had retreated back to Newcastle. He left his queen, Isabella, at Tynemouth and continued marching south eventually arriving at Rievaulx Abbey.

On hearing that Edward was in Rievaulx, Robert the Bruce marched his army through the night and on the morning of 14th October they were in the woods beneath the crags of Roulston Scar.

The English army, under John of Brittany, Earl of Richmond, was camped near Old Byland. Alerted that the Scottish were nearby, they broke camp and took up defensive positions on Scawton Moor. While most of the Scots charged uphill from the gentler slopes from the south, a smaller contingent scaled the cliffs and attacked the English right flank. Soon the battle became a rout and Robert despatched 50 men to Rievaulx to capture the King. But Edward escaped in the nick of time and was chased from Nunnington to Pickering Castle, and on to Bridlington before he managed to double back and find safety behind the walls of York.

An estimated 8,000 English and 960 Scottish died in the Battle of Byland. Richmond was taken prisoner, Edward humiliated with the lost of the Privy Seal and his treasure and personal possessions.

Robert the Bruce continued to march his army as far as Beverley looting and taking riches before finally returning to Scotland 6 weeks later.

The actual battle site is not precisely known. The North York Moors HER map shows it as a general polygon east of Roulston Scar and south of the A170 and covering what is now mapped as Oldstead Moor and Shaw’s Moor.
 Open Space Web-Map builder Code

One Reply to ““They say this is the finest view in all England, my liege””