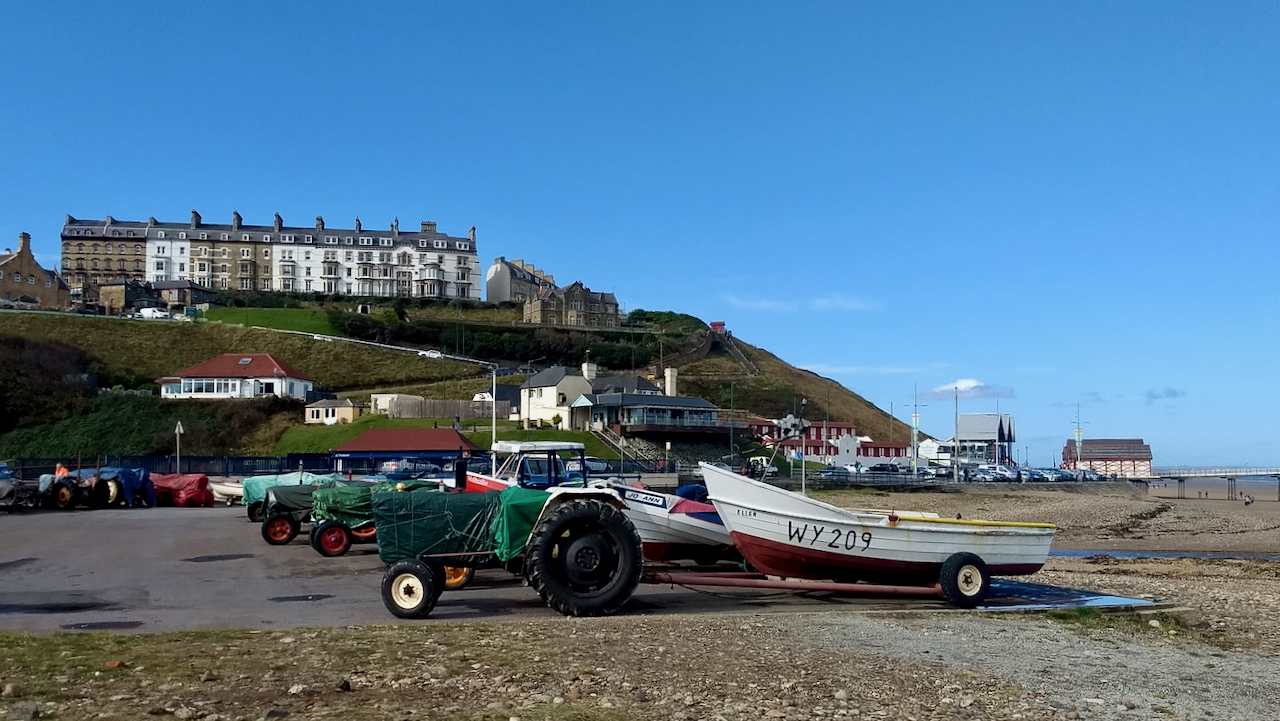 What’s the connection in this photo between:

Scroll down for the answer.

The answer is Teddy’s Nook, the two-storey stone ‘cottage’ perched high on the cliff directly above the large tractor wheel in the photo.

It was built in 1862 by the founder of Saltburn Henry Pease supposedly as a holiday home and with a somewhat dubious history. Well, a history more of gossip and tittle-tattle really.

Whether Pease actually used his holiday home is unknown but it was soon lived in by a couple of eccentric ladies who kept a lion for a pet. It is said they exercised the lion on the beach and when it died, it was buried in the garden.

During the war, the story goes that the house was occupied by German spies who contacted ships out at sea by the flashing of lights.

And later, the house was occupied by the Kelly family, a cousin of the disgraced Jimmy Savile.

But the real juicy gossip concerns the eldest son of Queen Victoria, Edward, Prince of Wales. Edward had a reputation as a playboy and had many mistresses, one of whom was the actress Lille Langtry. In the late 1870s, Langtry lived in the house outlooking Saltburn Sands whilst Edward supposedly stayed at Pease’s Zetland Hotel. Henceforth the house became known locally as Teddy’s Nook.