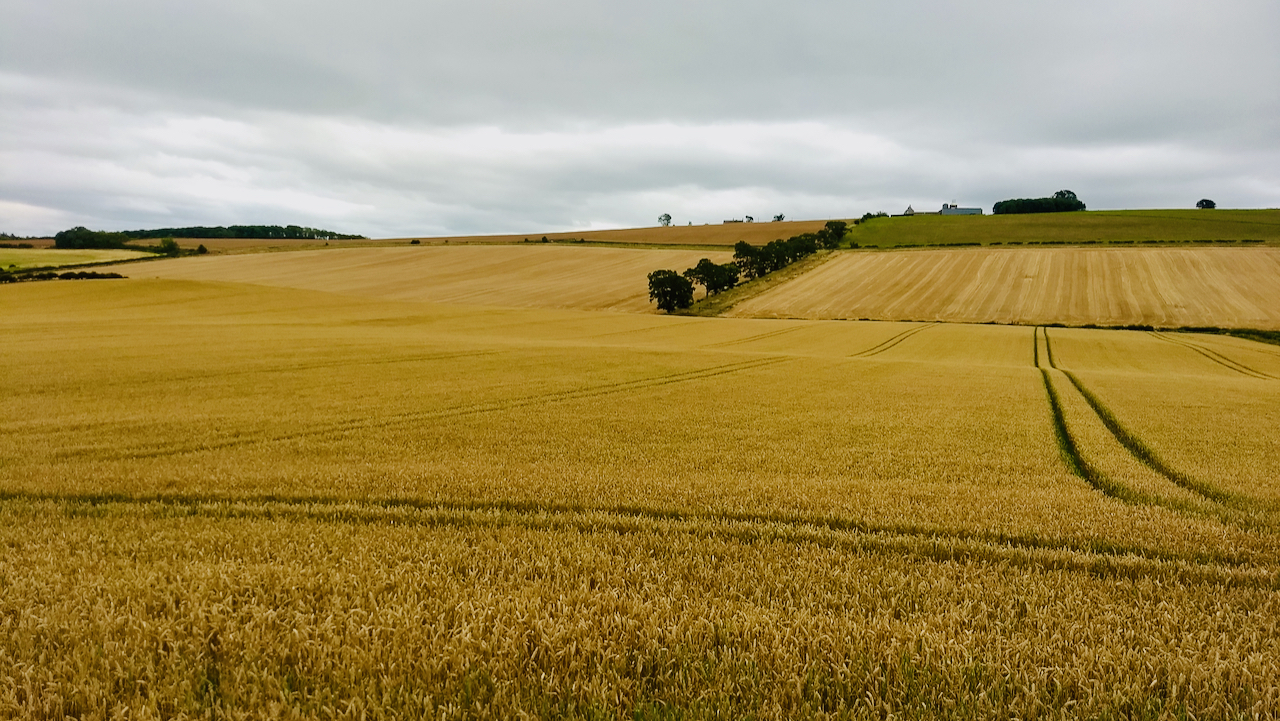 Ripening fields of barley give no indication that on 9th September 1513 between 7,000 and 11,000 Scottish soldiers were killed here, including King James IV and most of his important nobles, and between 1000 and 4000 English. To add to the slaughter, it is said that a force of at least 500 French mercenaries, who had fought on the Scottish side, were killed by the retreating Scottish.

Afterwards, the English set about destroying and looting the Scottish encampment and wagon train where there would have been accompanying women and children, and taking or burning anything of value. And there was further killing afterwards within the English troops, a contingent of Borderers, feeling that they had not had their fair share of the booty, attacked the English camp and wagon train at Barmoor.

In the early summer of 1513, King Henry VIII of England invaded France whereupon the French King, Louis XII, invoked his alliance with the Scottish King James IV, requesting that he invade England in the hope that it would distract Henry and force his return home. Henry had expected a Scottish threat and had instructed Thomas Howard, Earl of Surrey, to defend Northern England. Howard raised an army of 20-25,000 in response to James’s invasion.

By an exchange of letters, the plain of Milfield to the south was agreed for the engagement. James set up his camp at Flodden Hill overlooking the plain and spent a week fortifying it. Howard did not want to besiege a hill and sent a herald asking James to meet him on Milfield plain.

James refused to meet the herald and instead sent word that he would not be dictated to. On hearing this, Howard marched his troops by a long circuitous route to the east lasting two days to Branxton to the north of Flodden Hill, thereby completely outflanking James.

So it must have been a bit of a shock for James when he woke up on 9th September 1513 to find his enemy behind him blocking their supply and communications route back to the Scottish border. The whole morning was spent furiously setting up positions on Branxton Hill about a mile and a half away from Flodden Hill. The English were lining up on a small rise to the west of Branxton village. Between them was a boggy valley. In the photo, I am standing where Thomas Howard, as commander of the English army would have stood. The Scots would be lining up on the opposite hill.

Once battle commenced, in the late afternoon, it lasted for about 3 hours by which time King James IV of Scotland was dead.
 Open Space Web-Map builder Code