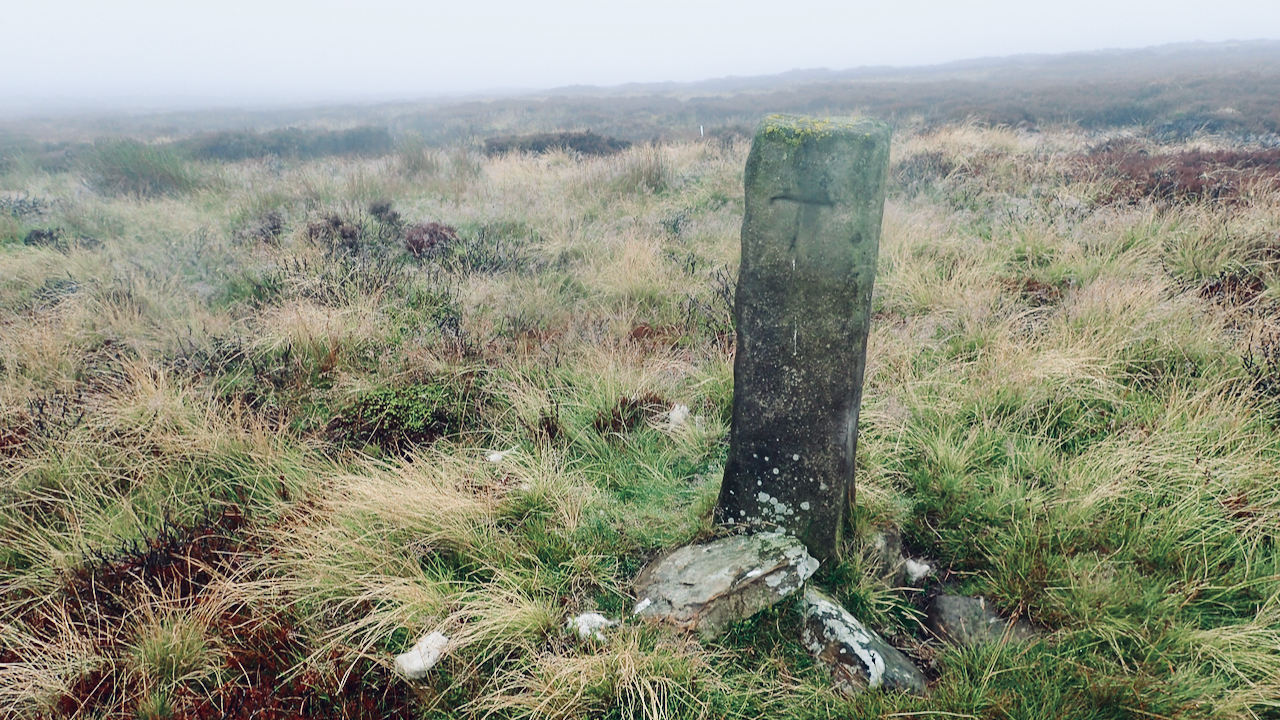 On Bildsdale Moor West near Wether Hill. I haven’t been up here, certainly since lockdown. But not much to see as a blanket of wet cloud hung over the moor. Howes and boundary stones would provide photographic interest today.

The Bilsdale Turf Stones are a series of eight stones, all inscribed with a ‘T’, 50 metres or so west of the Bilsdale and Snilesworth parish boundary which roughly follows the modern landrover track. They demarcate the limit where the farmers of Bilsdale were traditionally allowed to cut turves of peat on Snilesworth land as Bilsdale parish did not have enough suitable land for turf cutting.

Peat was cut or ‘graved‘ on most of the high moors after the heather had been burnt and before the grouse started nested. The turves would be cut from the top layer of heathery roots of a swidden. At the same time, the women of the farmstead may collect the charred heather stems as kindling. The turves would then be barrowed down to the drying or ‘ligging’ ground, or sledges may be used. Once dried, the turves provided fuel during the winter. As far as I know, peat is no longer cut on the NYM, but I remember seeing ‘footstools‘ of drying peat when in Ireland in 2018. A sight which would once have been familiar on our moors.

Generally, turbary was one of the common rights freeholders and cottagers would have possessed. Those without such a right paid ‘turfgraste‘ for the privilege. Other rights a farmer could have might include pasture, stones, fallen timber, ling or heather, bracken, and furze or gorse.
[Ref026][Ref027]
 Open Space Web-Map builder Code