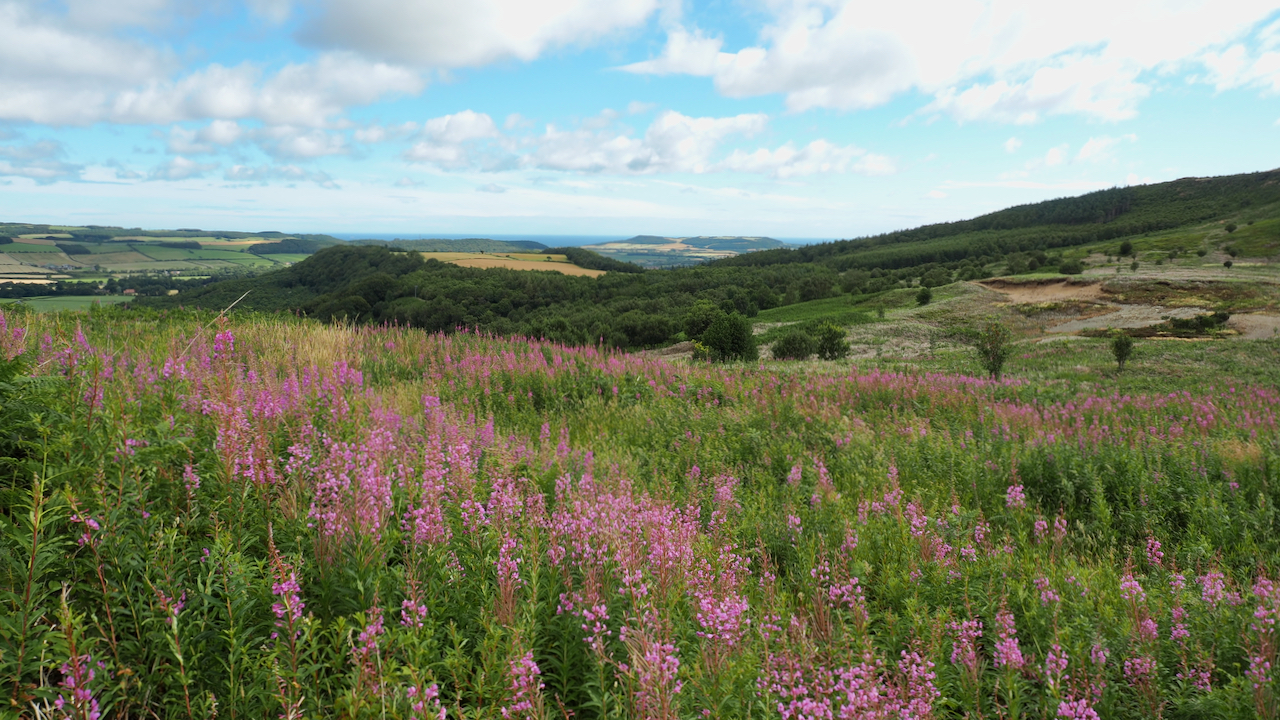 The pinks of the Rosebay Willowherb are a common sight in summer but often overlooked. It’s a coloniser plant traditionally the first to grow after a fire, hence the folk name Fireweed.

But it has not always so. The Georgians considered it quite a rarity and regarded it as a garden plant. Even as late as 1853, the ‘Flowers of the Field’ by Rev. C.A. Johns describes Rosebay as ‘not often met with in a wild state, but common in gardens’.

It’s a bit of a mystery, therefore, why Rosebay has become so common. Certainly, the coming of the railway helped disperse the seeds in the slipstreams, each plant capable producing of the order of 80,000 of the feathery parachutes. The two World Wars also helped encourage the population growth. The extensive felling of woodland to supply timber for the WW1 war effort and the bombing of cities during WW2. In London, the plant was referred to as Bombweed.

Here on Roseberry Common, the plant has taken advantage of the space left by the bracken after it was sprayed last year.

In the East Midlands, Rosebay was called Pit daisies, as it was associated with disused pit tips. Other folk names are Ranting widow in Cheshire, Sugar stealers, Blood vine, Blooming willow, and Cats’ eyes in Shropshire.

It’s quite a useful plant, eaten by many native peoples, and used as cordage. Picking the flowers is said will cause a thunderstorm, or, more horrifically, the death of your mother. So best left alone.

On the breeze my fluff is blown;
So my airy seeds are sown.
Where the earth is burnt and sad,
I will come to make it glad.
All forlorn and ruined places,
All neglected empty spaces,
I can cover—only think!—
With a mass of rosy pink.