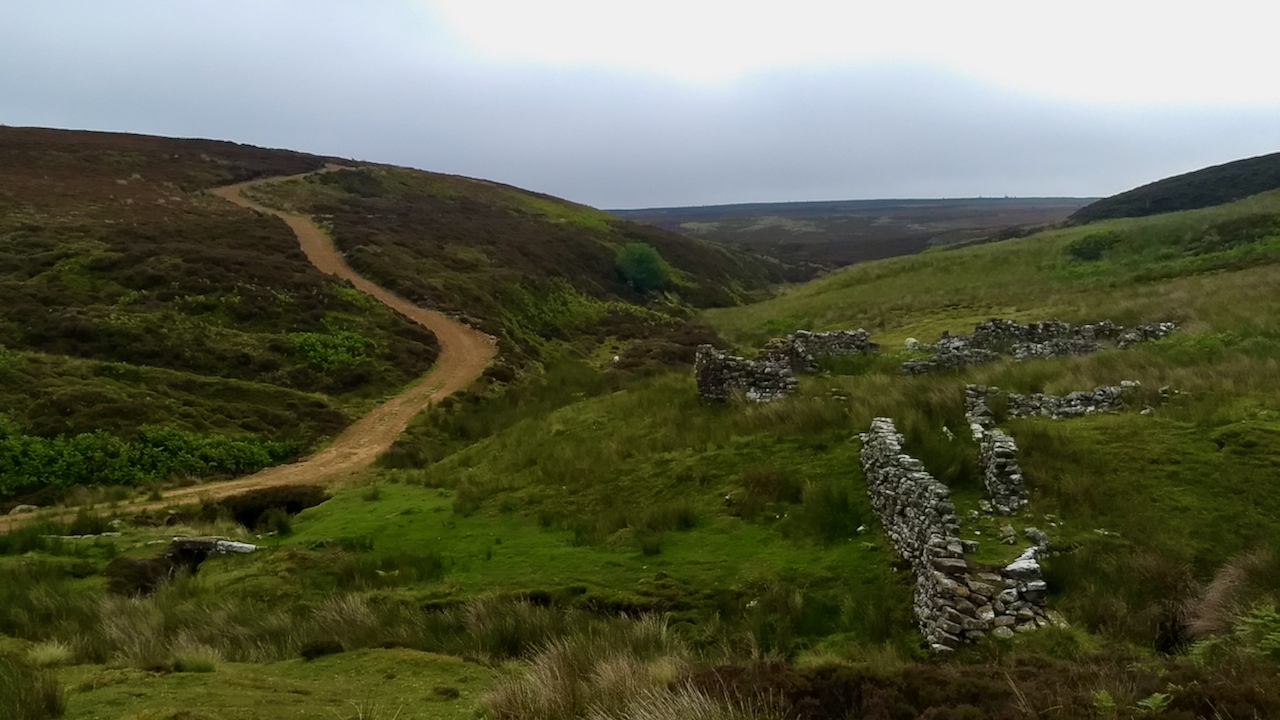 The North York Moors is not renown for its coalfields, but in the late 18th-century, coal was being mined here but on a much smaller scale than the deeper coalfields in other parts of the country.

‘Moor Coal’ seams are thin, usually between 15 and 55 cm. thick and generally occur in three bands, the most accessible is between 16 and 32 metres below the base of the Scarborough Sandstone Formation, the top cap of the moors. They were formed they formed in Jurassic swamps between 172 and 169 million years ago, and not of particularly good quality.

At Armouth Wath or Baysdale Head Colliery, the sinkings were up to 32½ metres deep, on the hillside left on the photo and along the beck to the right. The coal and spoil would have been hoisted out by a horse gin. Once the seam was found side drifts would be made in each direction, supported by basic wood props, until the air became too stale, generally at about 5 metres. Then the shaft would be abandoned and a new adjacent one dug. Satellite photographs of the pits at Rudland Rigg illustrate the pits clearly.

The most obvious evidence remaining is the ruins at the crossing of Black Hagg Beck. They are thought to be a row of four single-storey cottages. There is also another building supposedly a smithy although lacking any trace of slag or cinders which would be expected in one. However, the quality of the stonework in these ruins is felt to be too good and it has been suggested that a cell originally built for Baysdale Abbey may have been reused.

Other evidence is the tracks, the ‘Ingleby Coal Road’ and the ‘Flagged Road’ across Ingleby Moor. Now landrover tracks, these were originally panniermen’s routes leading from the colliery.

There is some doubt whether the colliery was that productive. Basedale Abbey and Moors were put up for sale in 1803 and the sales notice the inclusion of the phrases “a COALMINE supposed very considerable” and “Here coal was expected” suggest that no coal had been found by that date. Any mining after this date would certainly have been a short-lived venture, probably lasting no more than ten years.