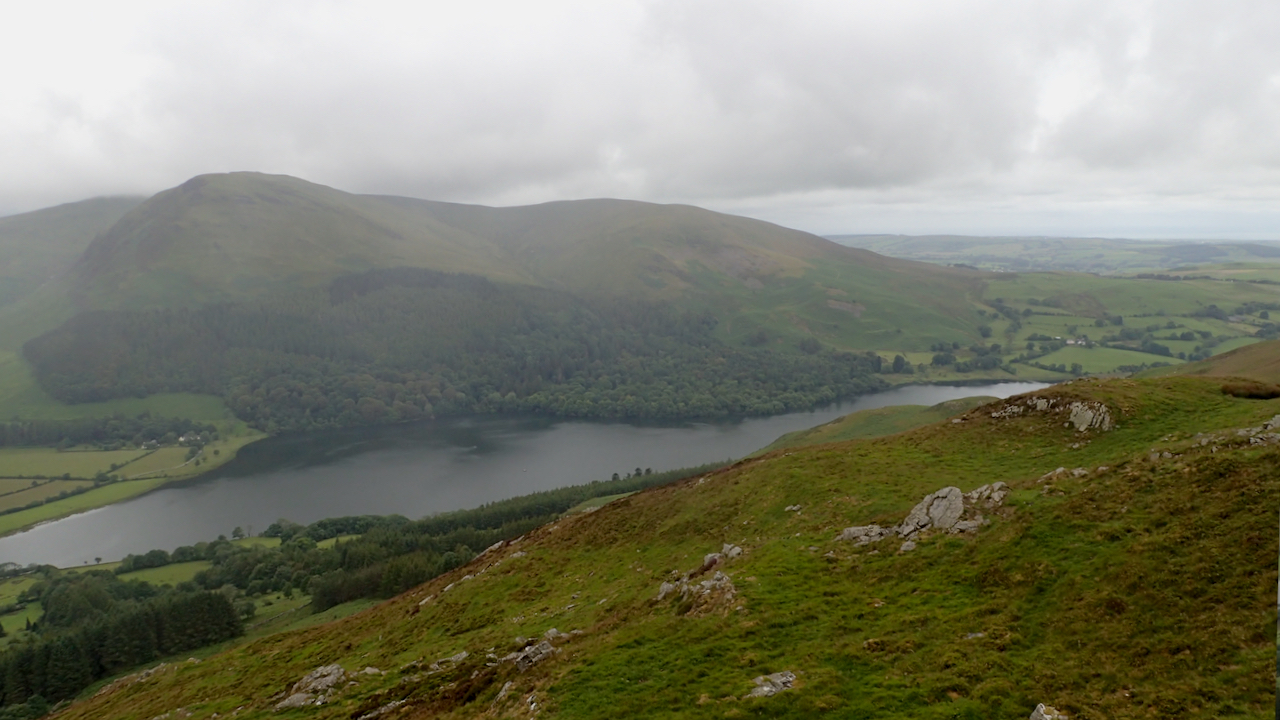 An opportunity to explore the Fellbarrow range of hills west of Lorton Vale. Neat and rolling fells with steep craggy eastern and southern sides. And another two Wainwrights bagged, Fellbarrow itself (416m high) and Low Fell (423m), although I must admit I ran over Low Fell not realising it was the high point. I really must work out how many Wainwrights I still have to do.

I was aiming for the ring contour that’s marked on the map at the southern end of the ridge, actually 11 metres lower but giving, between the wisps of low lying cloud, views of Crummock Water and Loweswater.

Loweswater is a lovely little lake, a National Trust property and just under 2 km long by half a km wide. It is said the name comes from the Old Norse word ‘laufsær‘ meaning leafy.

I once read that Loweswater is the only lake which drains towards the centre of the Lake District, into Crummock water. Certainly, all the other major lakes, waters and meres drain radially outwards. Not so sure about the hundreds of smaller tarns though.
 Open Space Web-Map builder Code