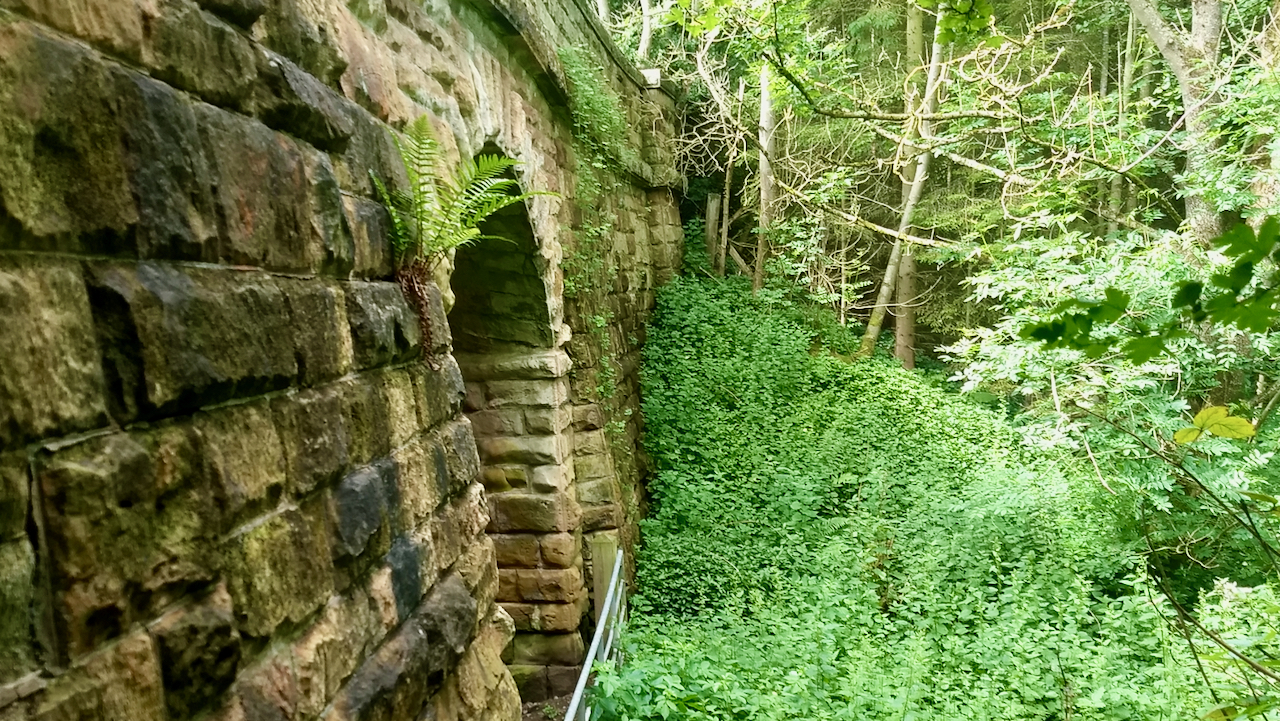 The fern that has found a home on the stonework of this old railway bridge first caught my eye. Now I could confidently write it’s a Lady Fern but that would be just a sheer guess. Ferns are notoriously difficult to identify, and it would take some climbing ability for a closer look. An ability that is beyond me.

But what a structure. Built in the 1850s by the Holdsworth, Bryers, Bonnington and Company, the bridge carried the Stokesley road south to the Cleveland Tontine over the branch mineral railway from the calcining kilns upstream of Swainby. The kilns reduced ironstone from the nearby Ailesbury Ironstone Mine. Why was such a well-engineered structure necessary for a branch line and road which both carried light traffic? It must have been costly. Surely a level crossing would have sufficed?

The branch line joined the Cleveland and North Yorkshire Railway at Picton; from there the ore was transported to the company’s ironworks in Stockton-on-Tees. The mine and kilns operated through various owners for 30 years before they were abandoned and the railway dismantled.