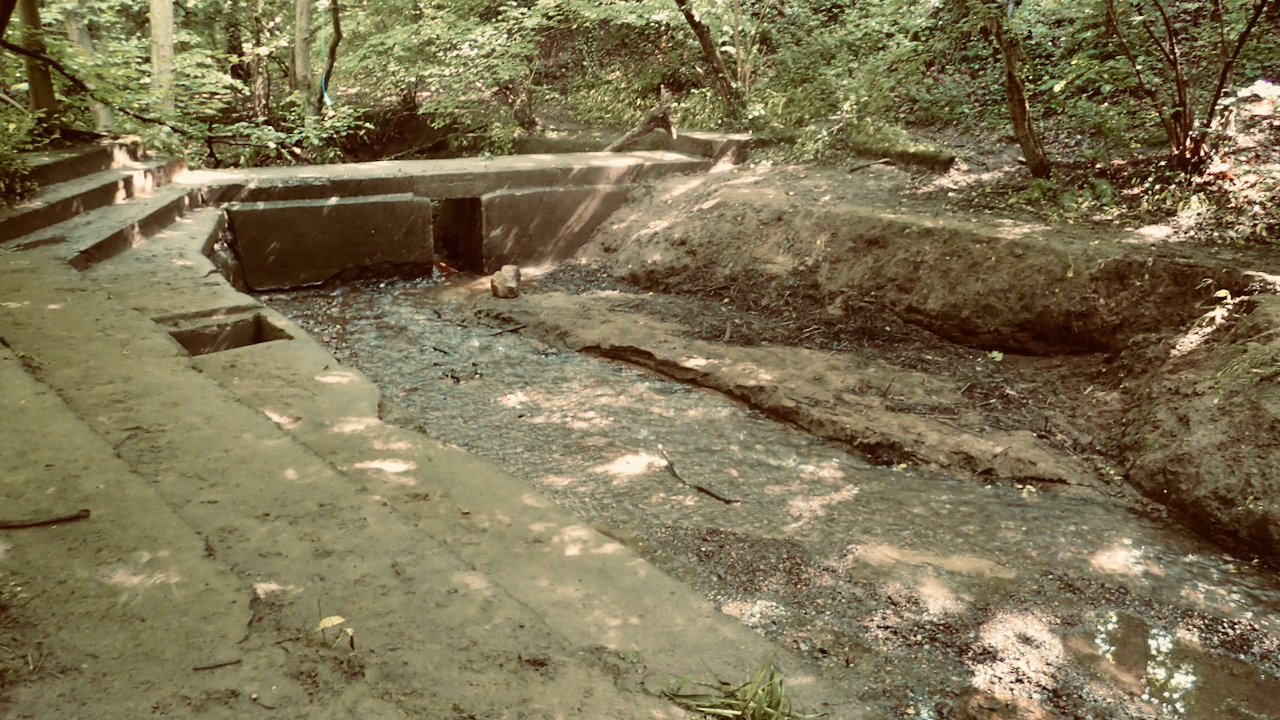 I came across this old weir today but frustratingly I have been unable to find out any history about it.

Wiley Cat Wood is a lovely little valley but, at this time of the year, it is heavily vegetated.

It’s drained by a beck which flows north seemingly a tributary of Boos Beck but abruptly turns west through the narrow defile of Slapewath and out into the broad vale of Guisborough. This change in direction was made at the end of the last Ice Age when the retreating ice caused diversions to the pre-glacial drainage patterns.

But what of this concrete weir?

It’s on the modern map but is unrecorded on any versions of the old OS Six-inch series 1842-1952. The modern map does indicate a disused pumping station 100 metres upstream.

I don’t think it would be anything to do with the Slapewath Ironstone Mine, 500 metres south-east and 20 metres higher. The mine closed in 1906.

Hollin Hill Farm is nearer, 250 metres east but at roughly the same altitude so little or no head.

Spawood Ironstone Mine is a possibility, about a kilometre downstream. Could it have provided a water supply to this mine, which closed in 1934?

And to add confusion, the stepped banking on the left seems to me to be a bit of an over-engineered design for a reservoir.

I suppose another possibility is for a water supply to the terraced cottages of Charltons village but again not much of a head.
 Open Space Web-Map builder Code