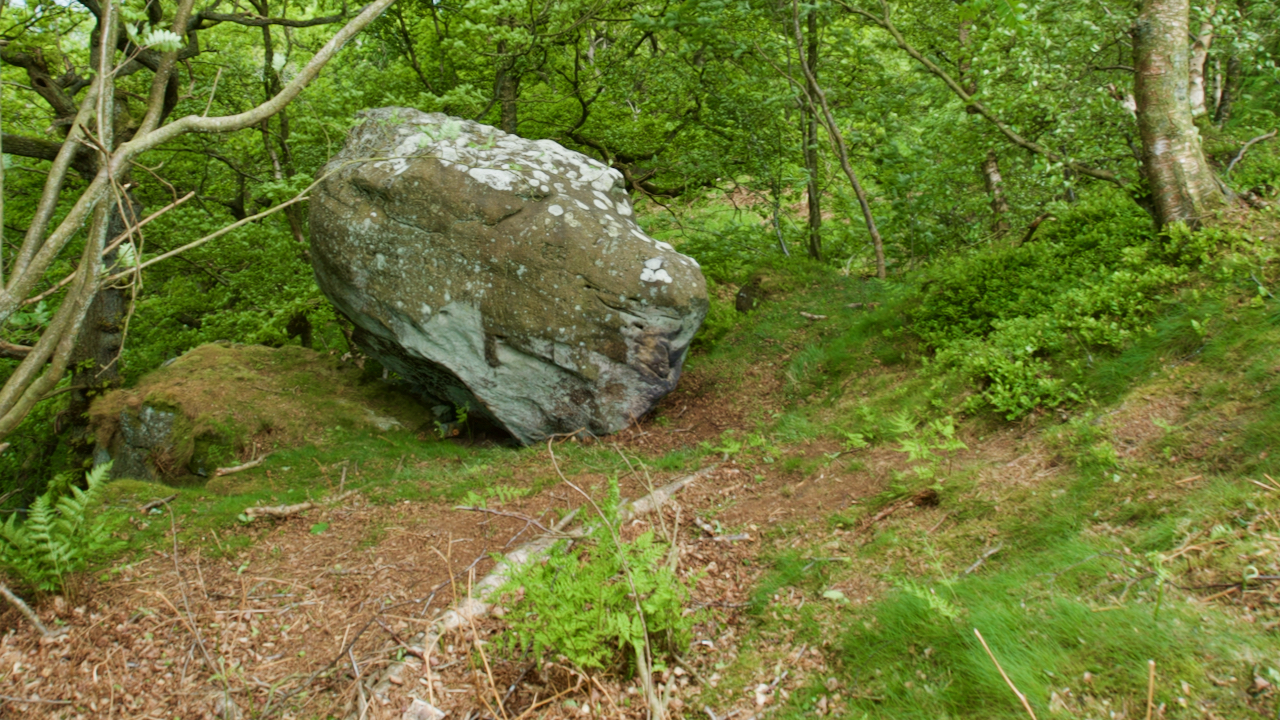 I knew I had posted a photo of this stone before but I hadn’t realised today’s was from almost the same viewpoint. Ah well. A different season though, the depths of winter, January 2018. But in spite of the greater tree canopy, clear-felling to the south has allowed in a lot more light. I forgot again to see if it rocked.

The felling has made a tremendous difference, really opening up the views. The old maps show a sizeable building named as Coploaf Cottage and my hopes raised when I saw the felling that some old foundations may have been exposed but I didn’t quite look in the right place.

It seems that the cottage was occupied in the 1891 census by William and Mary Bowland, both aged 54, with their children James (19), Francis (15), Isabel (13), George (11), Moses (9) and Aaron Bowland (5). William at that time was a farmer but on his death certificate four years later he was described as a ‘sand hawker’. He was found drowned in a field pond in Stockton-on-Tees near the Moor Ironworks (Daily Gazette for Middlesbrough, 26 January 1895).