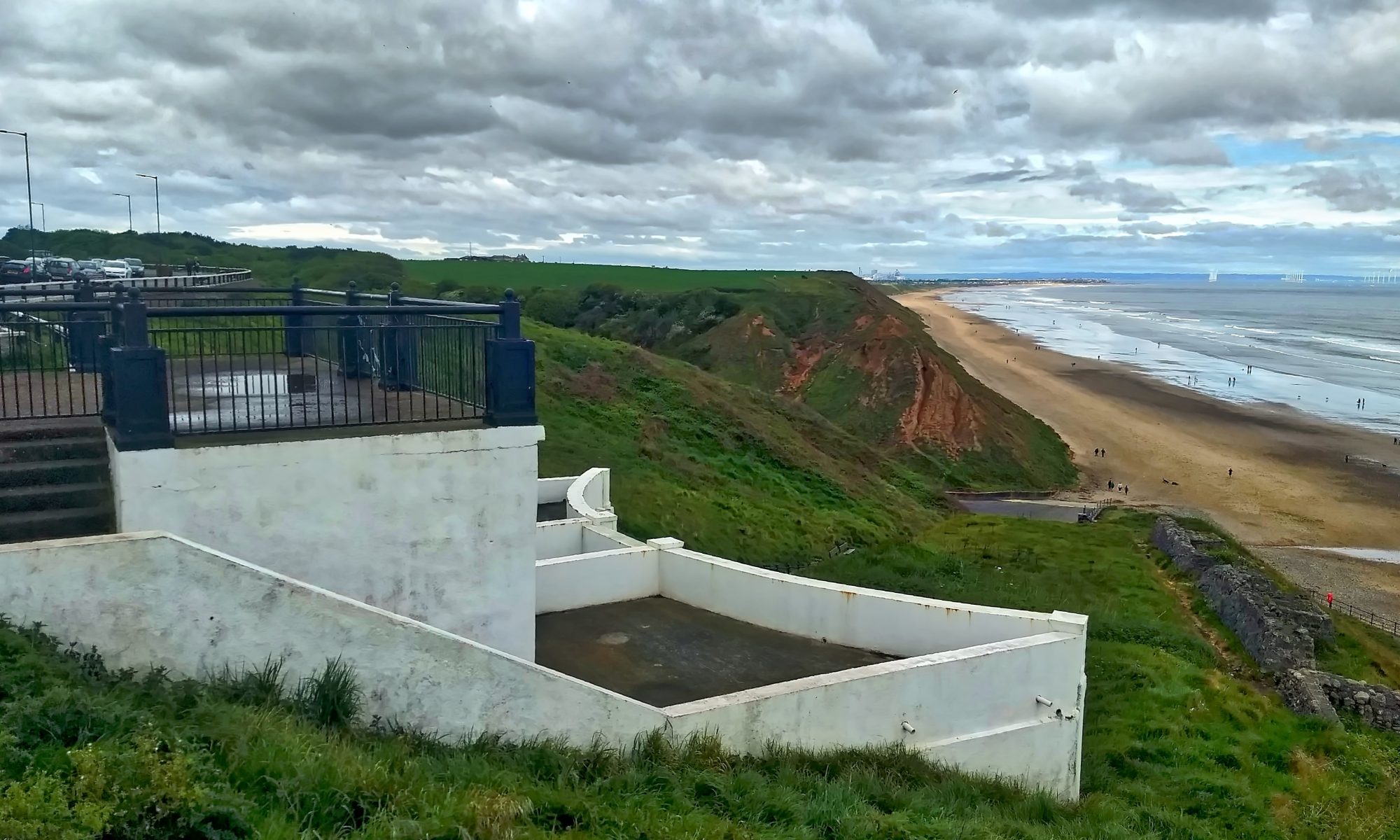 One for posterity. I may be wrong but I think this is “the large pillared shelter known locally as ‘The White Elephant’” according to one website, although many communities use that name for structures that seem to have no real value. The name alludes to the king of Siam’s habit of making a present of a white elephant to courtiers he wished to ruin.

But Saltburn’s White Elephant is due to be developed into a chic bar/restaurant with outside decking area for external seating. However, a caveat is this was before the Coronavirus crisis so who knows now. Full plans and drawings can be found here and are well worth perusing.

The shelter was built in the early 1930s when unemployment was high and Yorkshire’s coastal resorts were undergoing a period of economic distress. Whereas Redcar was presenting itself as ‘first and foremost a seaside holiday resort’ and only secondly a residential town, Saltburn was ‘a residential resort’, with ‘no ambitions as a popular resort’. They were seeking a better class of visitor.[Ref011]

Saltburn had been very much a development of the Pease family. It was meant to be a seaside resort, but there were very strict controls are about who could build what, where people lived, real social zoning. And as the Peases were Quakers, there was strict licensing controls. In the 1920s the pier, valley gardens, cliffs, and tramway and many other facilities in Saltburn were still controlled by Sir Alfred Pease as head of the Owners of the Middlesbrough estate. But they were not profitable and neglected. Inspite of being strapped for cash Saltburn Urban District Council began negotiating purchasing these facilities. In 1930 the council set up a scheme for the unemployed to improve the layout of the cliff-top promenade including building chalets and shelters with a tennis court and small putting green in Hazelgrove.
 Open Space Web-Map builder Code