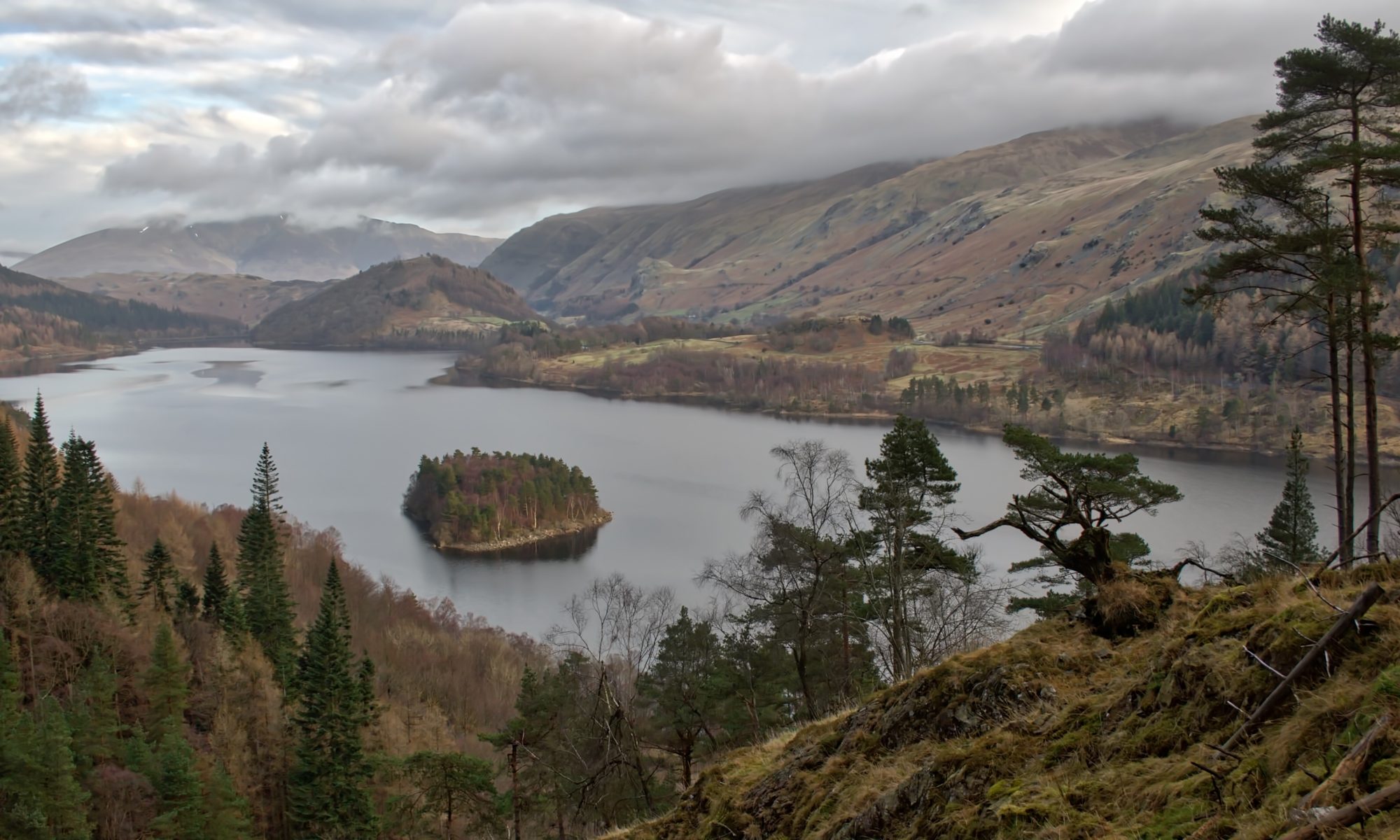 Yesterday’s post, about Sir Guy the Seeker, reminded me of another ghostly story, but from the other side of the country, Thirlmere in the Lake District.

Before the reservoir was constructed by Manchester Corporation Water Works in 1894, there was a lake Thirlmere, or rather a pair of lakes, connected by a strait narrow enough to be spanned by a wooden bridge. Wythburn Water or as sometimes called Brackmere (or perhaps ‘Braik’), was the upper lake, and Leathes’ Water the lower, the Leathes were the Lords of the Manor and lived overlooking the lake from the east at Dalehead Hall. The name Thirlmere possibly derives from ‘Thorold’ (an Old Norse personal name) or ‘thyrel’, Old English for hollow. The jury is out.

Overlooking these narrows, once stood Armbroth Hall which Harriet Martineau in her Complete Guide to the English Lakes (1855) describes as

“a haunted house. Lights are seen there at night, the people say; and the bells ring; and just as the bells all set off ringing, a large dog is seen swimming across the lake. The plates and dishes clatter; and the table is spread by unseen hands. That is the preparation for the ghostly wedding feast of a murdered bride, who comes up from her watery bed in the lake to keep her terrible nuptials. There is really something remarkable, and like witchery, about the house. On a bright moonlight night, the spectator who looks towards it from a distance of two or three miles, sees the light reflected from its windows into the lake; and, when a slight fog gives a reddish hue to the light, the whole might easily be taken for an illumination of a great mansion. And this mansion seems to vanish as you approach, – being no mansion, but a small house lying in a nook, and overshadowed by a hill.”

There is so much Harriet leaves untold. The bride was the daughter of the master of Armboth Hall and the wedding had been set for All Hallow’s Eve, a day which the locals warned would do no good. But the wedding went ahead and in the morning the bride found floating face down in the lake with her gown stained with blood. Since then the bride has been seen swimming in the lake with a black dog and Armboth Hall, on Halloween night, is bedecked with flickering lights and an untouched wedding banquet.

Of course, Armboth Hall has long since been demolished and was probably derelict when the Harriet passed by on her tour of the Lakes. I don’t think it would have been below the current water level but rather it was where the modern car park is now. In the photo, it would have been on the extreme left. The island is Deergarth How.