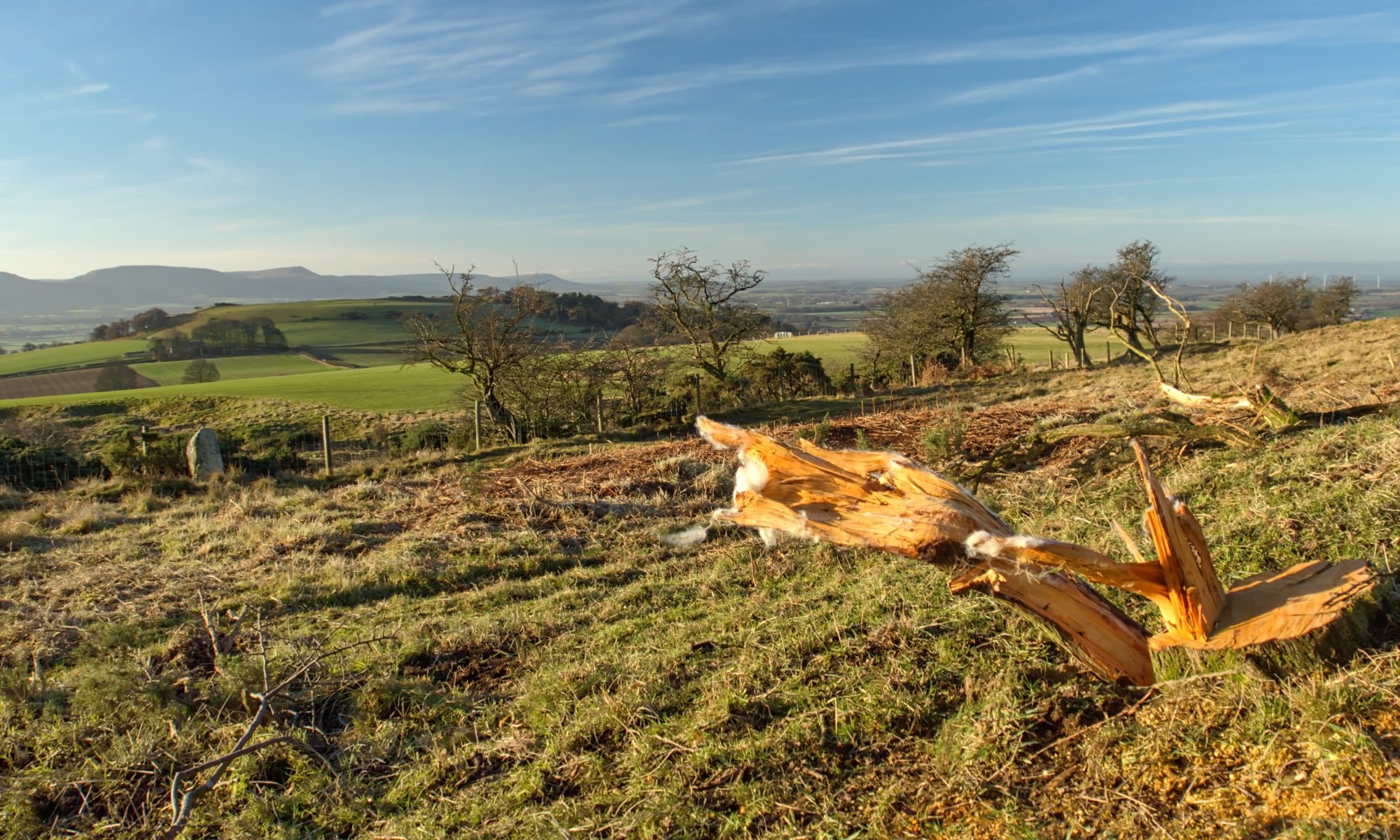 At peak times the summit of Roseberry Topping can get very crowded. Weekends especially. One of my regular routes avoiding the summit is to hug the boundary of the Open Access around the southern flank from Roseberry Ironstone Mine to the Summerhouse. It passed through a strip of semi-open woodland of mature hawthorn contouring around the hillside. Often a flock of birds feasting on the haws have teased me. Stalking slowly, I have tried to take a photograph but they merely took to the wing to the next tree. I really have not a clue what they were. Thrush sized, a flock of thirty or forty. Perhaps fieldfare or redwing, I could never get close enough to see any detail. But they did like the berries.

But the hawthorn shrubs have now been cleared, just a few stragglers on the far side of the boundary fence. Perhaps thirty-odd trees in all have been felled. The Government have promised a huge tree-planting programme. 30 million every year. All good stuff but no doubt landowners will want incentives to plant these trees. Now I don’t know the reasoning why this particular land has been cleared although I must admit to cynical thoughts. But perhaps I’m being too unkind. Sheep have now been introduced for grazing, the first time since for many a year, but I wouldn’t have thought the hawthorn would have restricted grazing.
 Open Space Web-Map builder Code