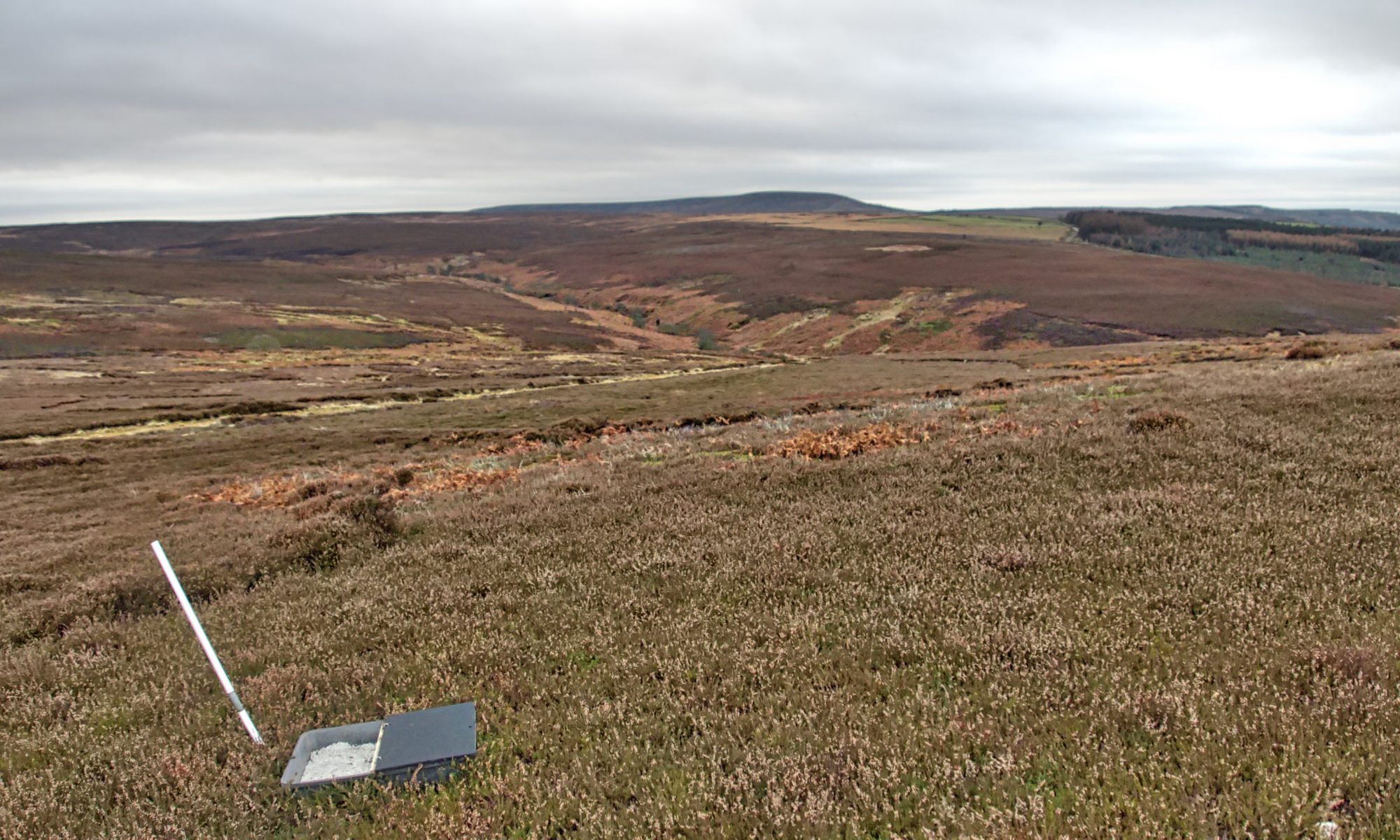 ‘A moor that is well managed for grouse shooting is likely to have a higher biodiversity than an unmanaged moor.’

I came across this quote and the title on an activity sheet issued by the North York Moors National Park Education Service in conjunction with the Dawnay Estates and intended, I guess, for secondary school students. Two questions are posed:

It also happened that earlier this week that I read a Facebook posting extolling the virtues of the “biodiversity” of the heather moorlands. Who was it that said, “Repeat a lie often enough and it becomes the truth”?

Before the 19th-century the moors would have been a tapestry of grassland and heath accompanied by scattered woodlands of birch, elm, oak alder and hazel. With the advent of reliable breech-loading shotguns, landowners realised it was far easier to shoot from behind a butt while the game was driven towards you than traipse across the moors hoping to find a target. Clear unimpeded views were needed for the low flying Red Grouse, so trees were undesirable. Heather was known to be particularly suitable for the grouse both as a food plant and for breeding and so the transformation of the moors into a monoculture of heather began. Gamekeepers began to find many ways of increasing the number of birds available to be shot by their employers. Moor burning created a patchwork of heather of differing ages, young plants for food and tall old plants as cover for nesting. Any creature that happened to feed on eggs and the young chicks were ruthlessly persecuted. Foxes, weasels, stoats, hen harriers, buzzards, crows and so on are trapped, snared and poisoned.

Grouse need grit in their crop to digest the course heather, so trays of grit were provided to save the birds from looking for natural supplies. With this increased density of birds, they were found to be susceptible to various diseases and parasites, so the grit began to be coated with medication. The grit is left in trays such as here on Near Moor, overlooking Crabdale.

Although we do not have any on the North York Moors, mountain hares also feed on the young heather shoots bringing them into direct competition with the grouse. Hares can carry ticks and the tick-borne louping-ill virus affects the survival of young grouse chicks. Consequently, mountain hares are not welcome on grouse moors by gamekeepers and are ruthlessly culled.

The burning process itself incinerates all insects, macroinvertebrates and invertebrates. Small mammals, frogs and adders are unlikely to escape. Gamekeepers pride themselves on carrying out “soft” burns, that is burning which does not penetrate into the peat layer although it is not unknown for the fire service to be called out when a fire becomes uncontrolled.

As well as the direct effect of the biodiversity of the moor, burning also has a detrimental effect on the ecology of the moor. The release of carbon into the atmosphere is the most obvious visible effect of a fire but burning also lowers the water table thereby risking degradation and stability of the peat with a further loss of carbon. A lower water table is also less conducive to the growth of Sphagnum moss, which is important in the formation of new peat. A double whammy then, the moors are dried out, peat degraded and the natural fire barriers which come with wet peat bogs are less likely to be maintained.

Rainwater is not retained and runs off quickly potentially causing flooding downstream and carrying away sediments and nutrients. River quality is reduced with lower pH and calcium concentrations and higher concentrations of silica, manganese, iron and aluminium. The peat that is left behind is deprived of organic matter and chemicals important for plant growth and for buffering acid rainfall. Finally burning leads to increases in mean and maximum soil temperatures.

So heather moorland has about as much biodiversity as a field of barley, a golf course or the M62. Curlews are frequently cited as a positive effect of grouse moors. While it is true that curlews do indeed breed on heather moorland, they also breed on boggy and grassy uplands, hill pastures, hay meadows and coastal marshes as well as agricultural land in lowland areas. But gamekeepers have been quick to spread this curlew message as part of their environmental credentials. One contributory factor which to the curlew’s success may be the abundance of neighbouring grouse nests that distract what few predators manage to escape the traps, snares and poisons. In reality, curlews are only tolerated because they do not conflict directly with the grouse. And no mention is ever made of the lack of hen harriers, short-eared owls and merlins which also nest on open moorland.
 Open Space Web-Map builder Code