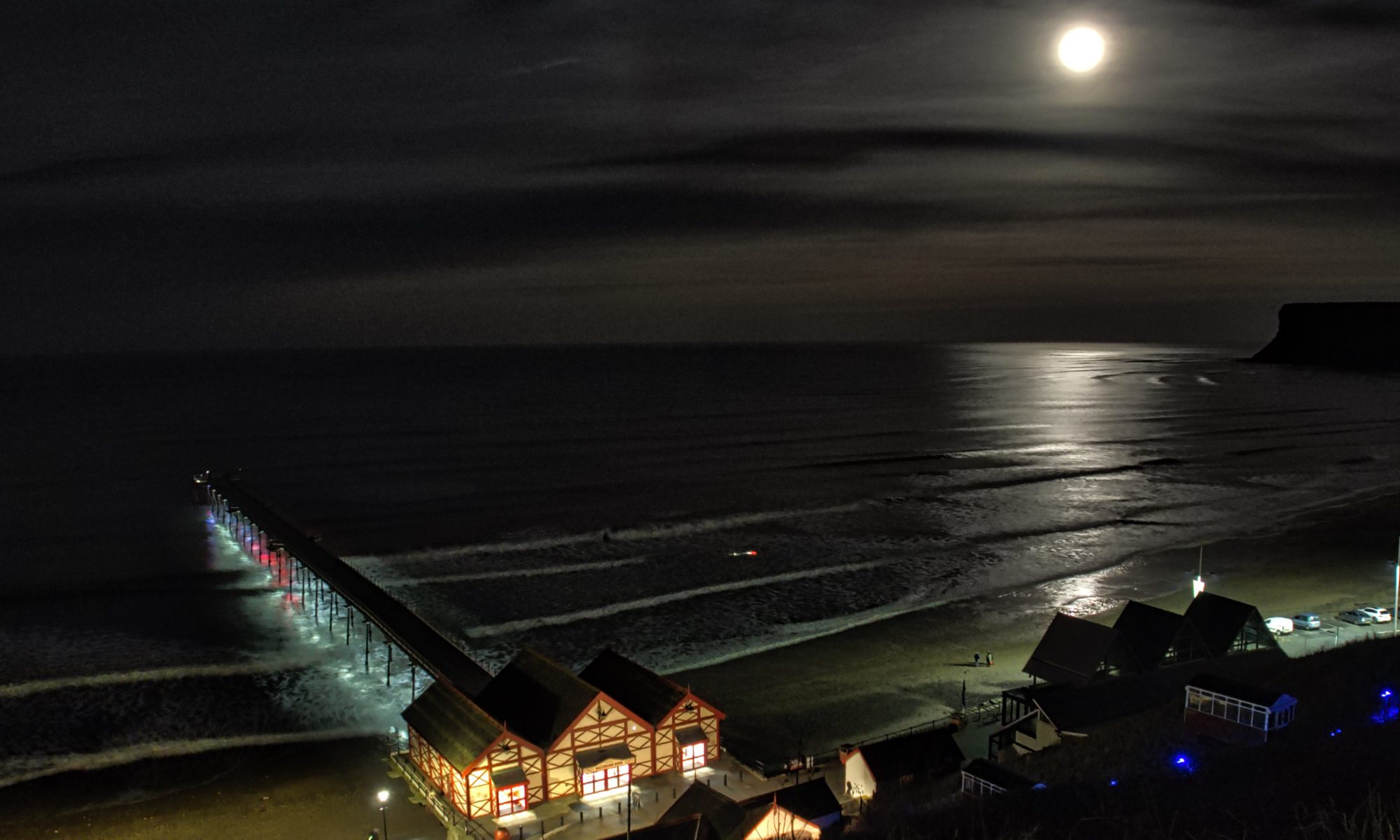 Tonight, 10th January, is the first full moon of the new year in the Gregorian calendar, the calendar most used throughout the world. So a trip down to Saltburn was in order. It has commonly been called the Wolf Moon because it was thought that wolves howled more at this time of year because of a scarcity of food.

If you are prepared to risk lupine encounters and want brilliant white shirts and bedsheets then hang them out to dry tonight, the light of the full moon will bleach them spotlessly clean.
 Open Space Web-Map builder Code