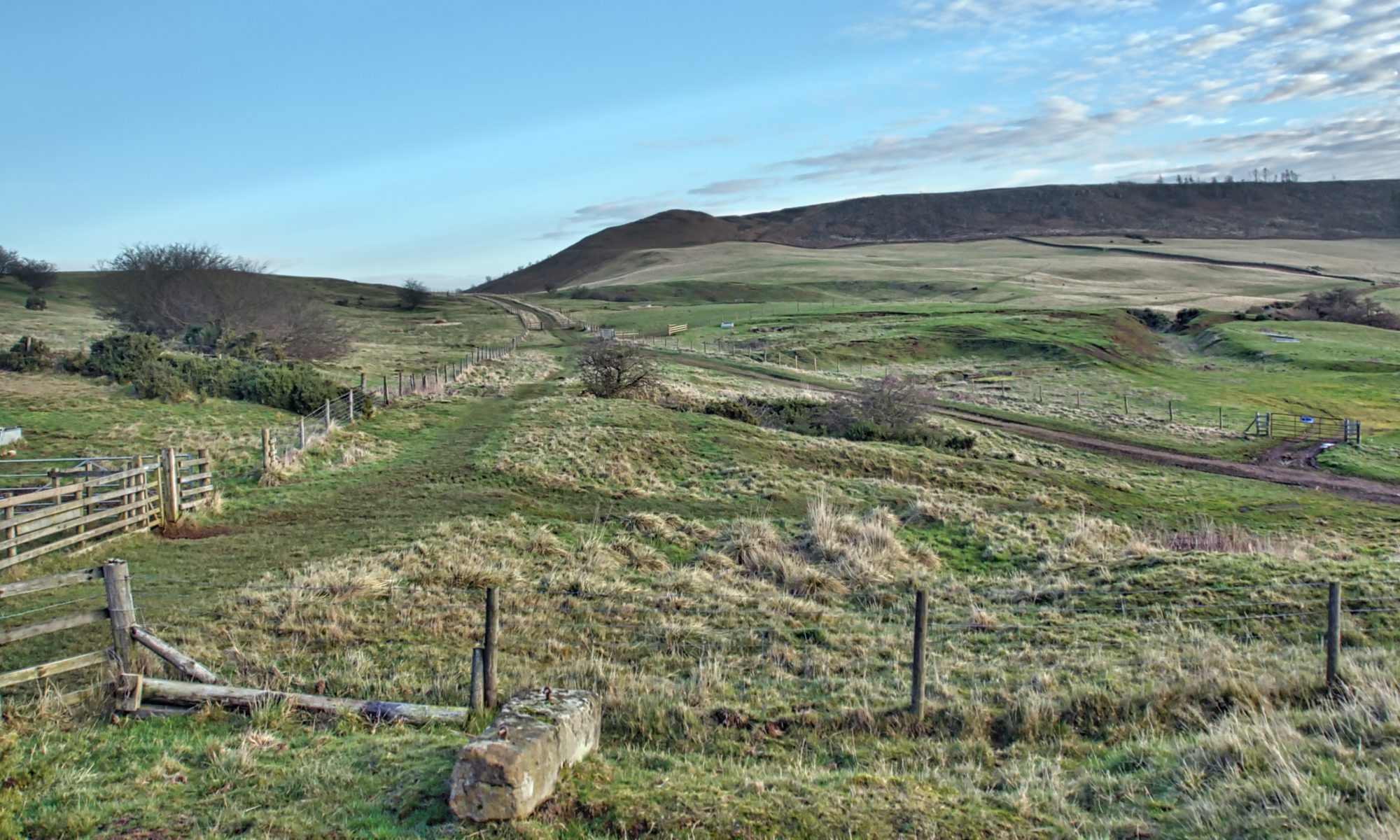 The site of the Roseberry Ironstone Mine which operated from 1871 to 1926 although, in the early years, there is some doubt as to whether the mine actually produced any ore other than in the brief period from 1881 to 1883. By 1906, however, the mine was again a going concern and operated throughout the First World War with good output reaching a peak of 386 men. However, the seam was becoming exhausted and by 1921 there was a worsening economic depression. Some output was maintained for another few years, after which a ‘skeleton’ maintenance workforce was employed.

The thicket to the right of the path hides a gully, the old mine entrance. Now filled in by agricultural rubbish, there is not much to see. There were actually two drift entrances, one for egress, bringing the ore out and the other, access for the empty trucks hauled by ponies. Far-right of the photo is a cutting for a tramway to a further pair of drifts accessing the seam under Little Roseberry and Black Bank. Before that, on the level area to the right of the track/fence stood the mine surface buildings, their concrete foundations now hidden under 90 years of sheep poo. While most of these remains are in the private field if you look closely when you use the modern track you may tread on a cobbled layer of whinstone setts.
 Open Space Web-Map builder Code