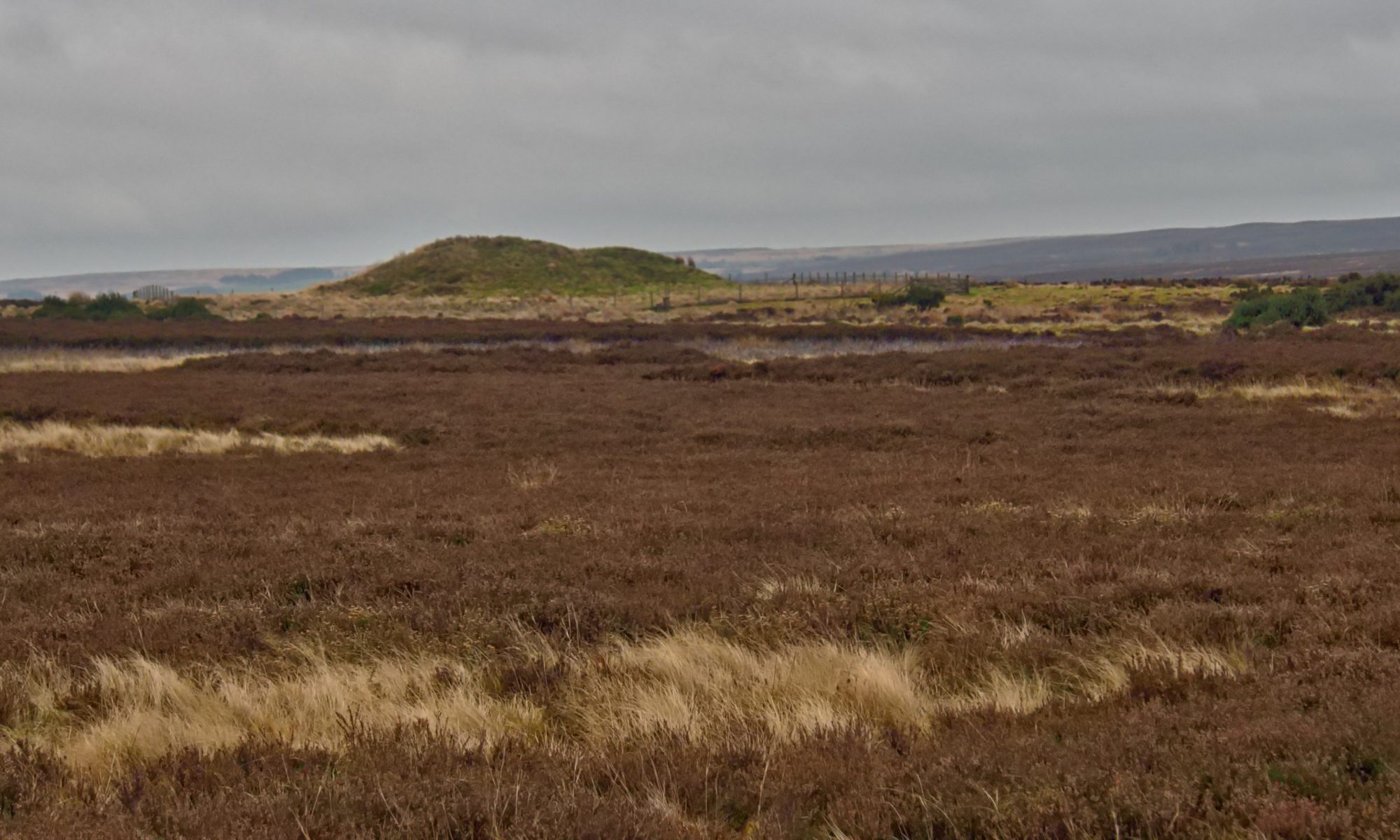 The large expanse of heather moorland between Scaling Dam and Danby Beacon is one of the bleakest moors and at its bleakest at the height of the winter. I am reminded of Christina Rossetti’s poem published under the title “A Christmas Carol”:

No snow today but bleak nevertheless. Largely featureless but at the edge of the moor, next to the Danby road at Sandy Slack Head is, what must be, one of the largest Bronze Age round barrows on the North York Moors, 27 metres in diameter and over 3 metres high. It is known as Robin Hoods Butts, and there are three others with the same name in the near locality. Nationwide there are many more near Ravenscar and in Shropshire, Somerset and Herefordshire. Robin Hood certainly got around. A ‘butt’ in the name of a street or area, is often a memory of where archery was practised in the middle ages when it was the law that all males over the age of 14 had to practice longbow archery for two hours each week; this was supervised by the local clergy. Some Robin Hoods Butts legends say that they were used by Robin Hood to support the targets for his archery practice but I have read of no such story about Danby Low Moor’s Robin Hoods Butts.

In 1864 Canon Atkinson, the vicar of Danby, carried out excavations in the top of the barrow. An urn containing cremated bone was found which is now in the British Museum.
 Open Space Web-Map builder Code