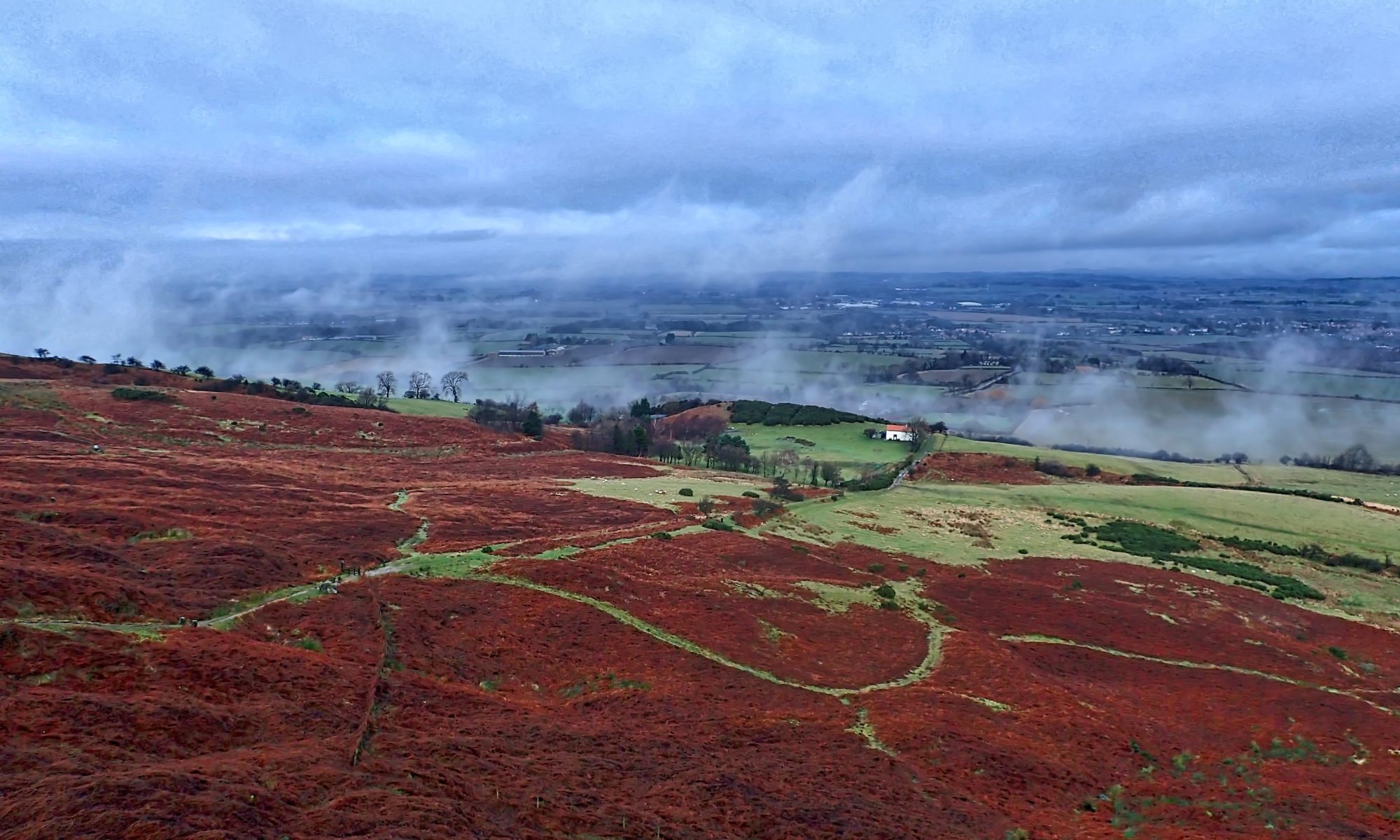 Ah, Christmas Eve. If you were a pre-Christian Anglo-Saxon pagan you would be celebrating “Mōdraniht” tonight or the “Night of the Mothers“. We know this because the venerable Bede wrote it down in the 8th-century. However, he went no further into the traditions and customs but it is speculated that a sacrifice could have been involved.

A wet and cold run this morning over Cringle and Carlton Moors. I dropped out of the cloud descending down Kirkby Bank leaving just a few wisps of low-lying mist, “dragon’s breath”.

The white building is the Pybus Scout Camp just below the small knoll, Ricey Hill. It is a former farmhouse, Warren Cottage, build in the late 19th-century. The name suggests the proximity of a rabbit warren in times past. It is believed that rabbits were introduced by the Normans and may have been brought over by the Romans. However, in the 18th-century, the large scale farming of rabbits became lucrative. Improvements in dye mordants produced from the alum shales of Yorkshire allowing brightly coloured felts to become fashionable. The best felt was made from beaver, but since this was scarce, rabbit fur was used instead.

Peace and goodwill to all.
 Open Space Web-Map builder Code