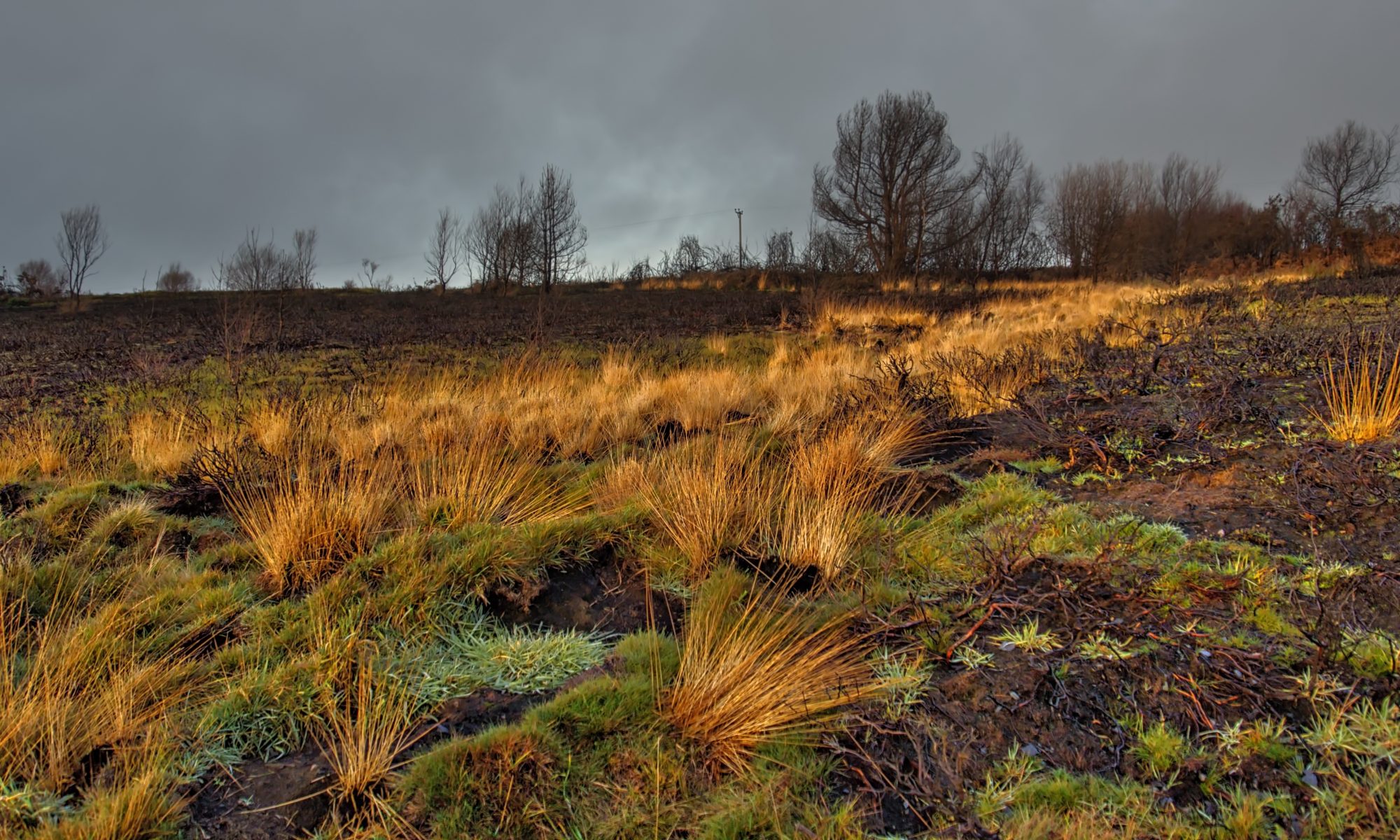 A chance opportunity to run across Eston Nab from Flatt’s Lane to Guisborough. My visits to Eston are very irregular, and I quickly remembered why. The lower slopes were linear gloops created by offroad motorcycling enthusiasts but I soon left these climbing up above the sandstone strata.

Eston Moor, with its high point of the Nab, at 784 feet high, is a glacial outlier of the North Yorkshire Moors. The same as Roseberry Topping but less dramatic but which on a clear day would provide fine views of the Tees estuary between to the north the relatively gentle slopes of the Durham Limestone Plateau and to the south the scarps of the Cleveland Hills. Today was not a clear day.

Eston Nab has had generations of abuse both by large scale industrial activities and by the local populace. Inhabitation started off as a palisaded enclosure in the 6th-century BC but was later enlarged to a boulder wall and ditch. By the middle ages, the centres of population seem to have been confined to lowland villages. The discovery of iron ore on the lower slopes of the Nab led to the establishment of an iron and steel industry on the south bank of the Tees which would become the world leader in iron production by the end of the 19th century.

Eston village at the foot of the hills expanded rapidly due to the ironstone mining and the creation of the I.C.I. petrochemical complex in the 1940s. Eston Nab became the playground for the new community such that the Evening Gazette reported that “the glorious summer of 1949 has led to the misuse of the hills in a manner which is not likely to encourage their new owners [I.C.I.] to adopt a generous rather than a just attitude to the public. There has been a woodland fire sufficiently serious to be featured as front page news” and “the remains of old bottles were scattered all along our route, and other rubbish was offensively obvious everywhere. There were broken fences and damaged trees.” It is a sad observation that those complaining on FaceBook today about the trashing of the moor could well be the grandchildren of those who trashed in the 1940s.

I chose today’s featured image because I like the contrast between the blackened remains of a moor fire and the dormant rushes growing in a damp re-entrant which seem to have escaped the inferno. The fire certainly was not planned, most probably deliberate, and as such, it would have been quite intense decimating the wildlife. During the summer, fires on Eston Moor are almost a daily occurrence. It was taken almost on the boundary between Eston and Wilton Moors near to a spot marked on the 1856 Ordnance Survey map as “Jemmy Coulstin’s Hill“. No ring contour never mind a “hill” appears on the modern map. Very intriguing but more research is needed. Who was Jemmy Coulstin?
 Open Space Web-Map builder Code