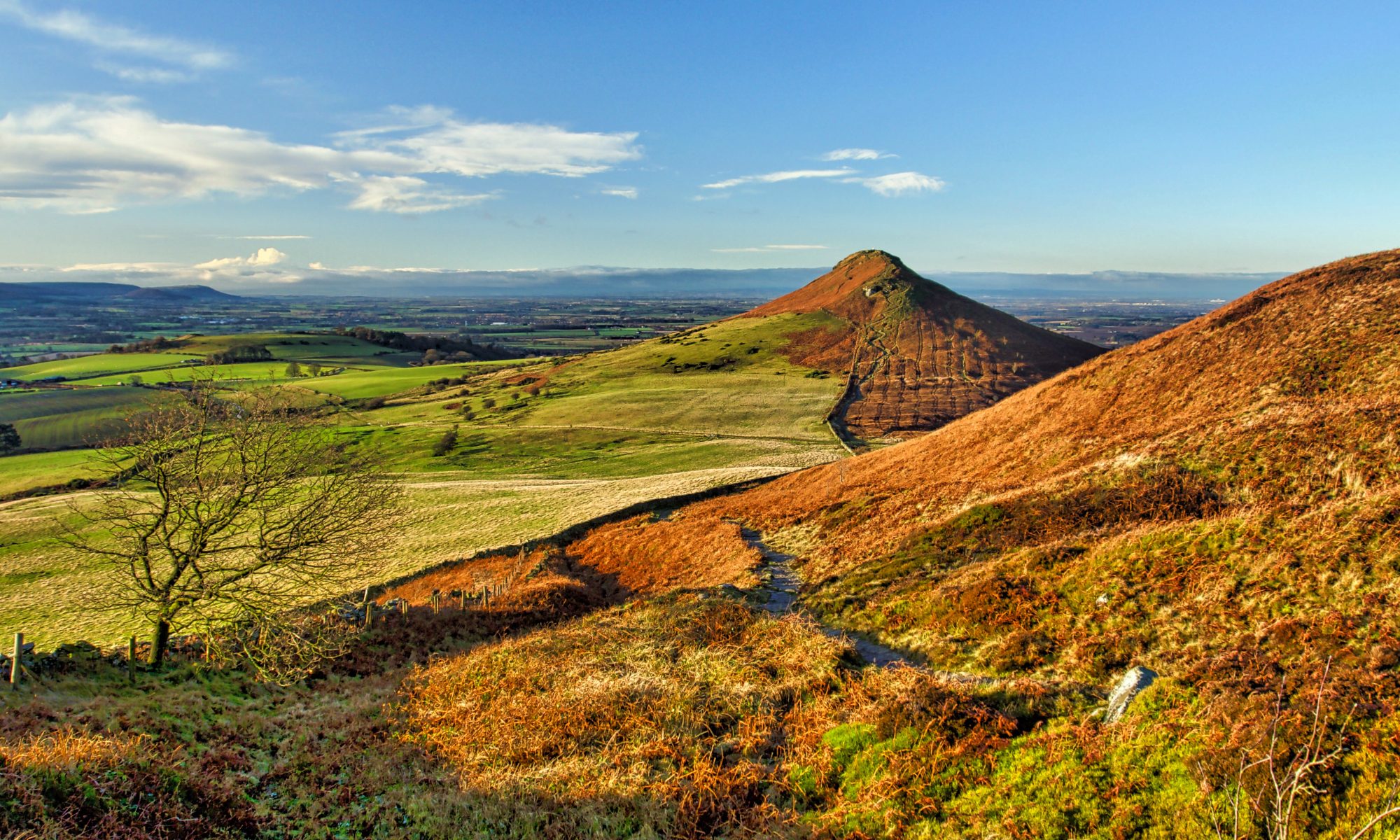 A familiar view of Roseberry for a day of doom and gloom. To remind us that life goes on and all is not lost.

And of course, it is Friday the 13th. Supposedly unlucky because the Last Supper was held the night before Good Friday with 13 present. Jesus was the 13th and betrayed by Judas.

Dan Brown in his book “The Da Vinci Code” repeated an alternative myth that members of the medieval religious order, the Knights Templar, who had fought in the Crusades were arrested by King Philip IV of France on Friday 13th October 1307. Through donations of money and land, the Knights Templar had become quite rich and as Philip was short of a bit of cash decided to take theirs, claiming heresy and magic.

Now it gets interesting if you’re into conspiracy theories. Apparently, the Knights Templar were created by a secret organization called the Priory of Sion to gather information in Jerusalem about the bloodline of Christ. Sure enough, some heretical secret was indeed found which the Knights Templar fanatically guarded. Later the Pope disbanded the order whereupon they re-emerged as the Freemasons.

Yet another theory for Friday the 13th being considered unlucky comes from Norse mythology. Loki is a god, the trickster god, some say the son of Fárbauti and Laufey, others the son of Odin and Frigg. In any case, he has a fairly complex family tree. Father to a wolf called Fenrir, and the serpent Jörmungandr. To complicate matters further Loki is the mother of the eight-legged horse Sleipnir by the stallion Svaðilfari. Suffice to know for the purposes of this story Loki also has a brother, Baldur, the most beloved of all the gods. There was no love between them.

Now there happened to be a feast arranged in Valhalla for 12 gods including Baldur but not his brother Loki. Loki was obviously peeved and hatched a plan to get rid of his brother. He discovered that the only way Baldur could be killed was by a spear made from mistletoe. He gatecrashed the party and set about playing his evil games. He persuaded the blind god Hodr to throw a spear of mistletoe at his brother. Loki laughed when Baldur was killed and ever since 13 has been known the evil number. This doesn’t entirely explain why Friday is considered an unlucky day but I like the story.

So, three theories, the choice is yours. However, bear in mind the earliest written reference to the phrase is in a novel published in 1907 called simply “Friday, the Thirteenth” by Thomas W. Lawson in which the protagonist takes advantage of the superstition.
 Open Space Web-Map builder Code