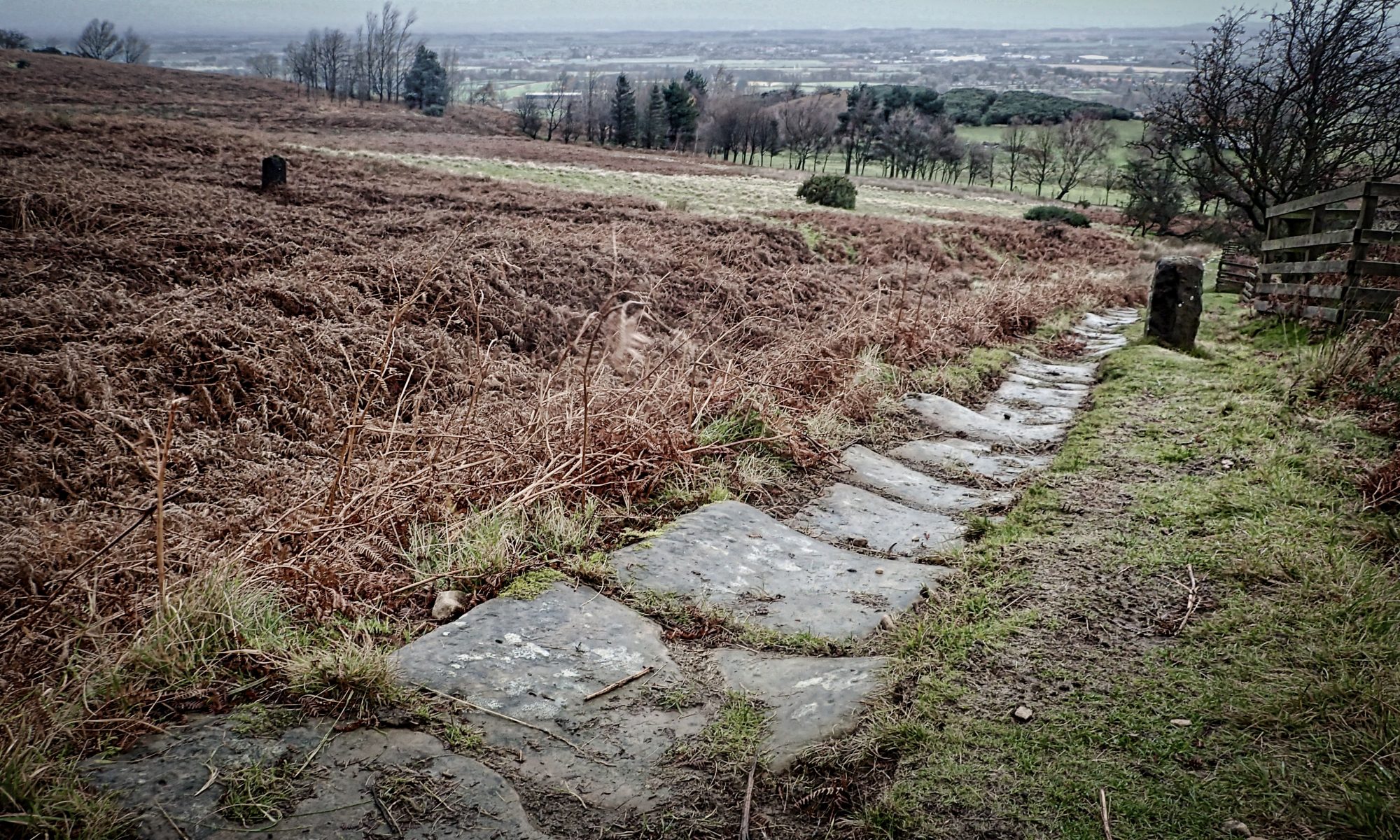 This is one of the most interesting climbs onto the moors. While many of today’s Rights of Way follow roughly the routes of ancient pathways, on the climb up Kirby Bank you can actually tread the same flagstones laid down by the Cistercian monks of Rievaulx Abbey in the late C12th/early C13th. Flagstones that are grooved in the centre from centuries of wear by the hooves of trains of packhorses, thirty to forty strong, carrying fish and salt to the monastery from their granges in the Tees valley. Slowly clip-clopping in tune with the clanging of the bell on the lead horse and encouraged by the calls of the panniermen. The ponies were small, only 1.5 metres high, sturdy and sure-footed, ancestors of the modern Cleveland Bay. Later they were favourites of the chapmen, a step up from a pedlar or higgler, so became known as Chapman horses.

But in the National Parks and Access to the Countryside Act 1949 the route up Kirby Bank was designated a “Byway open to all traffic”, a Green Road, and so became popular with off-road motorcyclists. This use has grown dramatically over the last few decades and as a consequence the trod has suffered considerable damage. Despite a vehicle prohibition order being obtained, there was evidence this morning of very recent use by off-road motorcyclists.

The trod is maintained by local volunteers under the direction of National Park archaeologists, clearing vegetation creep and managing the damaged areas.

At least the rain kept away this morning. A tad windy though. An Orcadian term for a gale force wind is a ‘katrizper‘, from the Old Norse ‘kattar-rispur‘ literally meaning the ‘cat’s scratches’.

One Reply to “Kirby Bank Trod”