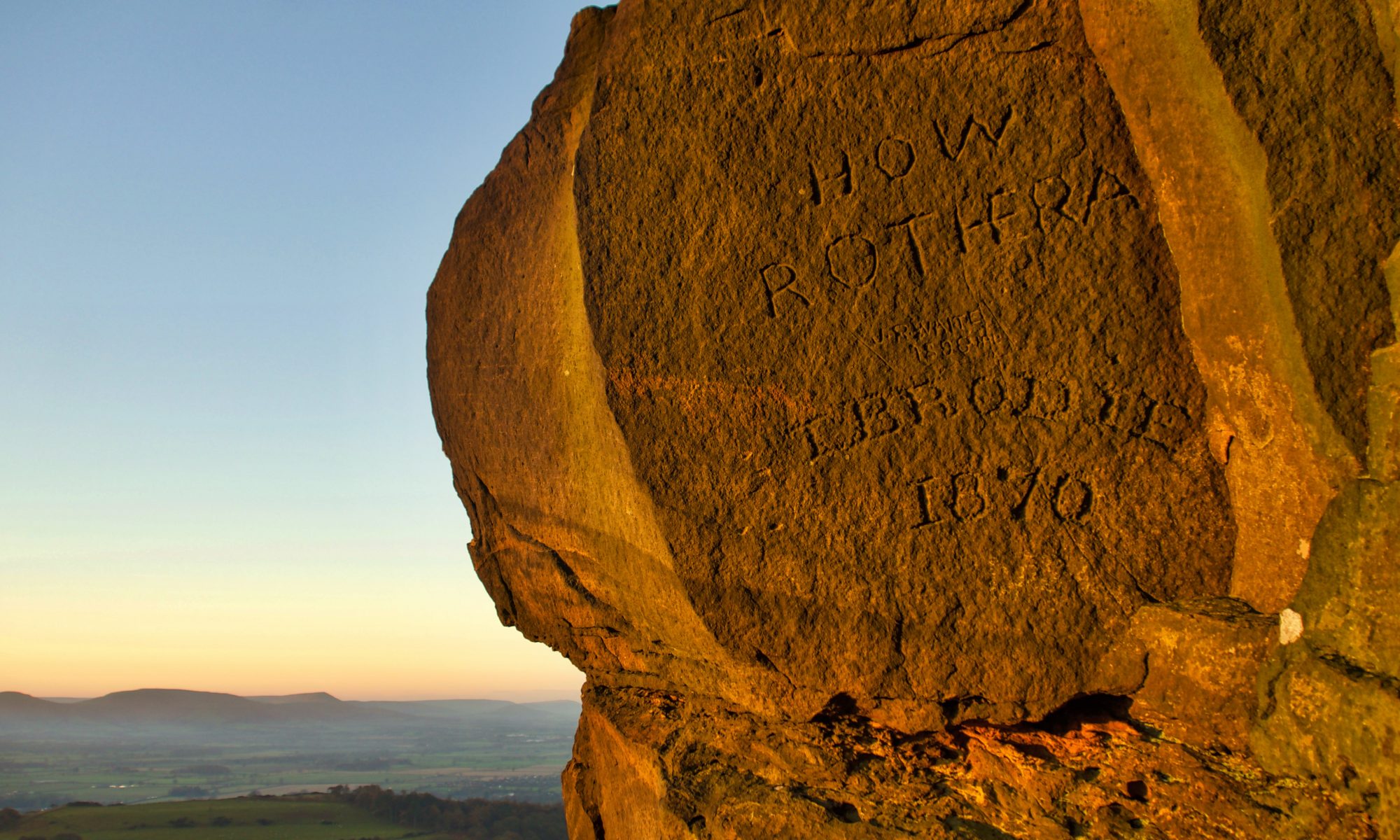 The first of the morning sun highlights some Victorian graffiti on Roseberry. I am somewhat ambivalent about graffiti. Modern stuff is without a doubt hideously scarring but anything aged just a little bit becomes intriguing. When Mr Brodie carved this Queen Victoria was celebrating 33 years on the throne, Gladstone was Prime Minister and his Education Act came into force. This established school boards and charged them with establishing schools for children aged from 5 to 12. Some government and local funding were provided but attendance was not compulsory and a fee could still be charged although boards could pay for poorer pupils. Further progress was made by subsequent acts.

Mr Brodie’s graffiti is quite impressive, curving letters in what I think of like a Times New Roman font. Mr Rothera’s, on the other hand, is cruder, sans serif, giving the impression it is more modern, perhaps in the 1940s or 50s.
 Open Space Web-Map builder Code