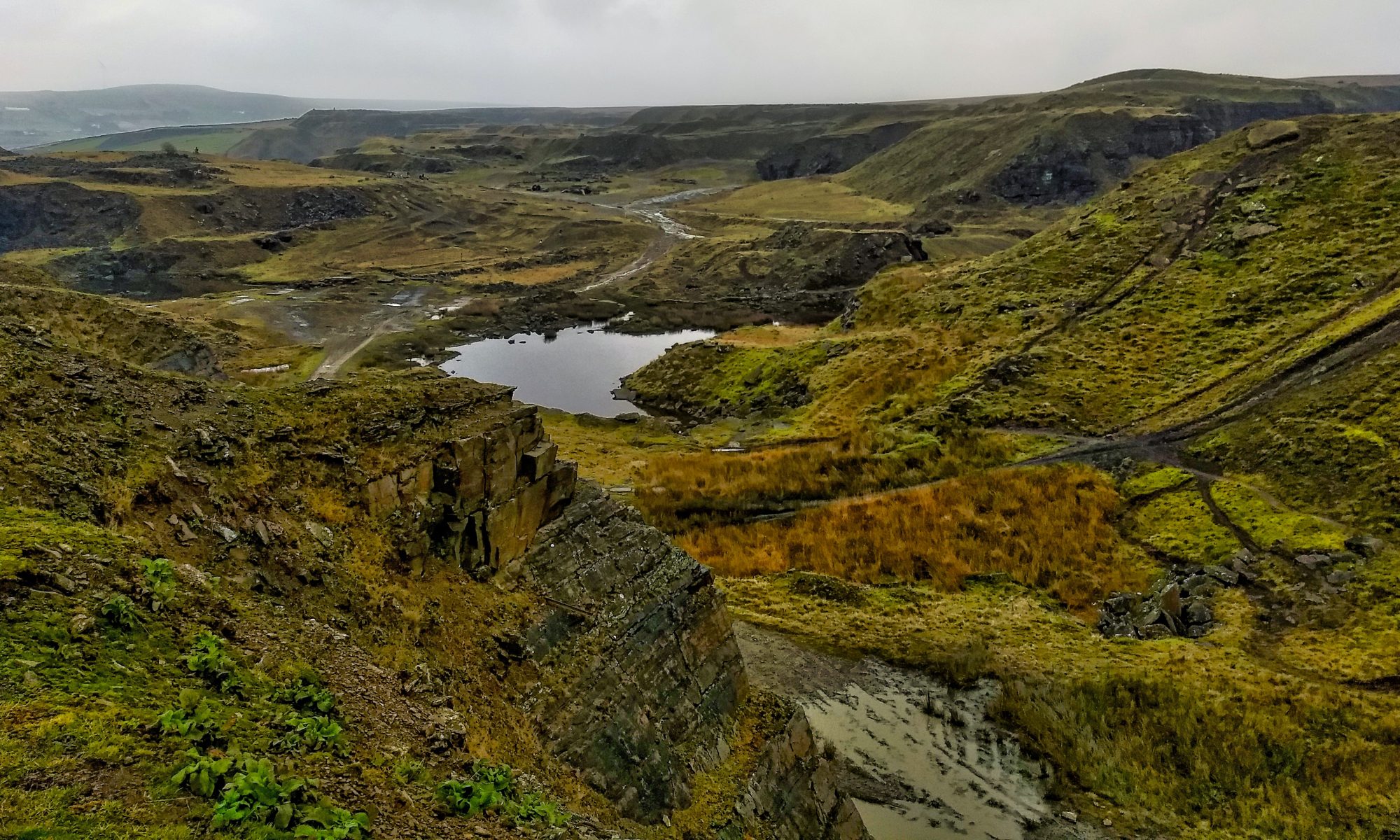 I don’t know the West Pennines very well. In fact, I can only recall four visits although there must have been a few more. Deep-sided urbanised valleys dividing large tracts of very boggy, and I mean very boggy moorland. The road signs on the way north from the M62 jogged memories of fell running clubs that were always ahead of me in results. Rochdale, Bolton, Bury and Rossendale. The Rossendale Valley is oddly named, after all a dale is a valley. And it is the River Irwell that flows down the valley on its way to Manchester and the River Mersey. One of the major industries in Rossendale has been quarrying the gritstone notably in the form of flagstones for flooring, pavements, railway platforms and docksides. Trafalgar Square is paved with Rossendale flags. The industry still flourishes, carving a large gash in the hillside. Greens Moor Quarry is now disused though and has been developed into a popular mountain bike centre called the Valley of Stone with many constructed trails. One thing I did notice was the absence of plastic bottles, beers cans and burnt-out cars. Quite a comparison with our own Eston Hills. Amazing.
 Open Space Web-Map builder Code