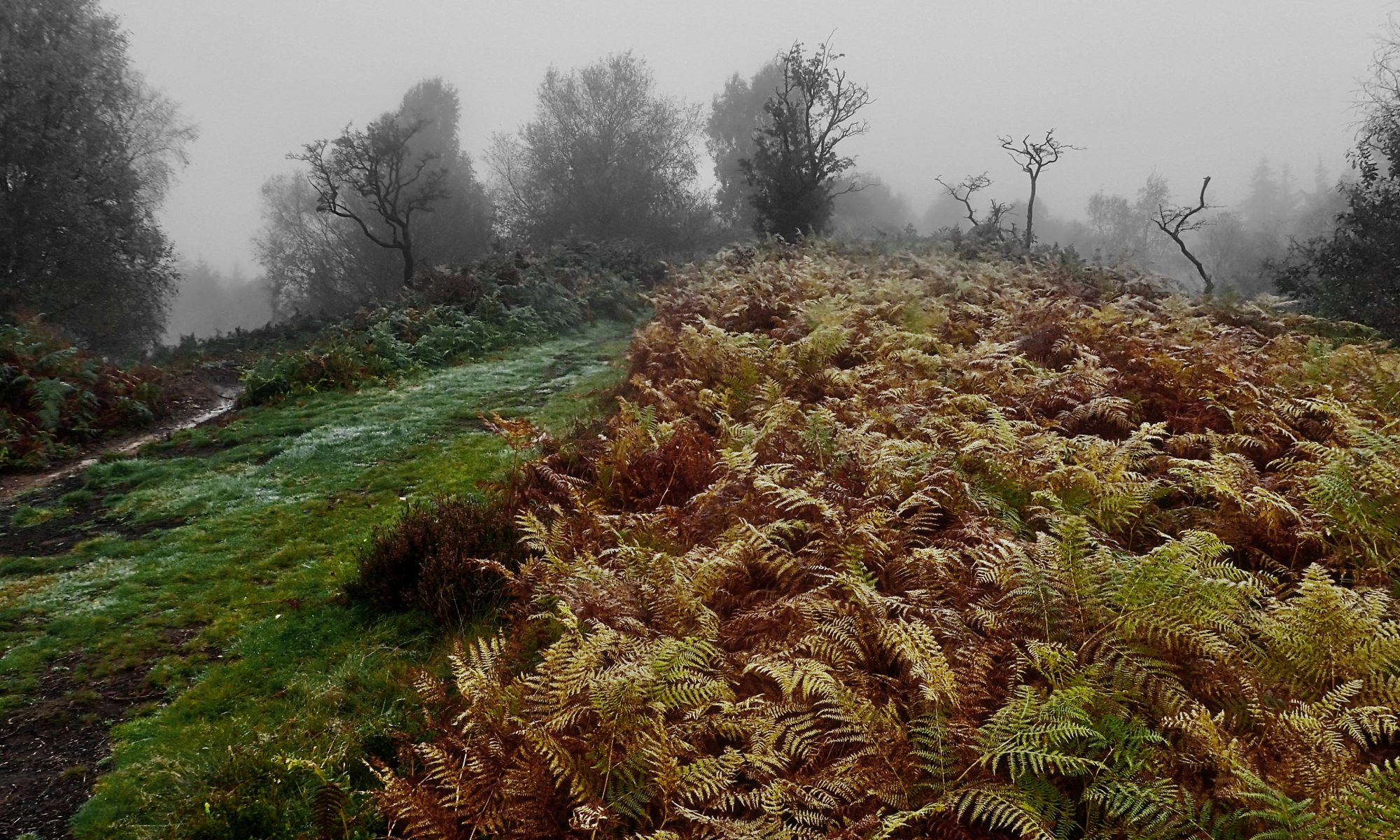 Rain before seven,
Lift before eleven.

So the old saying goes, but, ok the rain had stopped but the cloud still blanketted the 250m glacial outlier of Hood Hill.

We climbed the hill to explore the earthworks of a medieval fortification, a motte and bailey castle. And to talk of the legends of witches and druids. It is hard to imagine the Lord of the Manor of Kilburn and all his retinue living comfortably on the narrow craggy summit ridge. At one time it even had a resident lion which Roger de Mowbray had brought back after crusading in the Holy Land. But by the early 14th-century, the hill had been abandoned, with no trace of any stonework today that had replaced the original timber fort.

Around the time the castle was abandoned it was supposedly occupied by a band of robbers led by Sir Gosceline Deyville. He and his kinsmen had fought in the Second Barons’ War but seems to have missed out being pardoned by the king. With a band of 200 men disguised as friars he attacked and looted the Bishop’s Palace at Northallerton. Eventually, he was captured and hanged at York.
 Open Space Web-Map builder Code